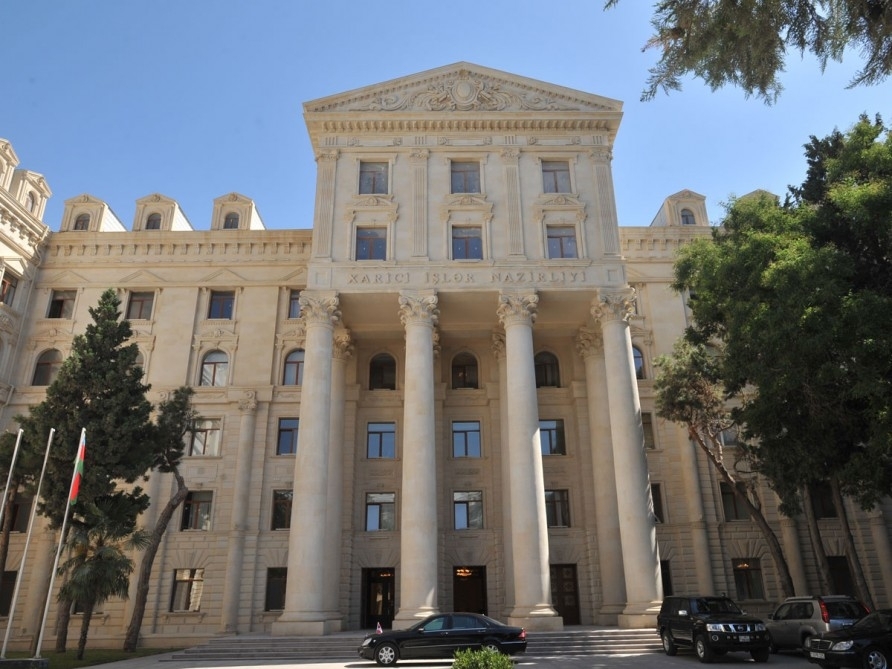 According to the news report dated 31 October 2019 of the Arminfo.com news website, the “Foreign Minister of the Nagorno-Karabakh Republic”, whose title is self-appointed and not recognized by any state in the world, delivered a speech about the so-called independence of the Nagorno-Karabakh Republic during an event at the US Congress on 30 October 2019, while on a working visit to the US. Additionally, the news website also reported that a copy of the US House of Representatives’ -shameful- resolution dated 29 October 2019 on the so-called Armenian Genocide, was presented to Mayilian by the Congressmen and that Mayilian thanked the Congressmen for their resolution.[1]

It is not possible for this visit to be an official visit before the Congress. This is because the Nagorno-Karabakh region is not recognized as a state/regime by both the United Nations and the United States. Masis Mayilian’s speech alongside Mayilians’s meeting with some Congressmen and conducting these affairs only in the Congress building, constitutes false news which is served in the Armenian Press as an official visit to the United States Congress. It is clear that the Armenian Press is trying to play with perceptions. Giving a copy of the US House of Representatives' resolution on the so-called Armenian Genocide resolution to Mayilian is also a point that should be emphasized. It is clear how the Armenian Press and the so-called Nagorno-Karabakh government is using the US House of Representatives' shameful resolution, taken due to the domestic policy motives of the US, as a tool.

Mayilian’s visit to the US and this visit presented by the Armenian Press as an official visit by playing with perceptions was criticized by the Azerbaijan Government. According to the news website AZTERAC’s 2 November 2019 news report, because of the relevant visit, the US’ Ambassador to Azerbaijan Earle Litzenberger was summoned to the Ministry of Foreign Affairs of Azerbaijan. According to the news report, Ambassador Litzenberger indicated that they were aware of the fact that some members of the US Congress hosted the visitors from Nagorno-Karabakh, that the US does not recognize the regime in Nagorno-Karabakh and that they support the OSCE Minsk Group process.[2]

The statements of the US’ Ambassador to Azerbaijan Litzenberger are not enough to express that this visit was not official. The US Congress must also publish a separate decleration to confute the perception operation which is served by the Armenian Press. This is because the relevant news is detrimental to the resolution of Nagorno-Karabakh issue between Azerbaijan and Armenia. Unfortunately, we do not have expectations for the US’ refutation of the news report which is being served as an “official visit” in consideration of the resolution which was taken on a date such as 29 October 2019.

[2] “US ambassador to Azerbaijan summoned to Ministry of Foreign Affairs”, AZERTAC, 2 November 2019, https://azertag.az/en/xeber/US_ambassador_to_Azerbaijan_summoned_to_Ministry_of_Foreign_Affairs-1350663