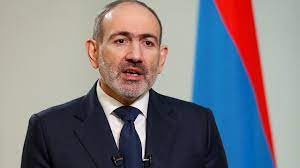 To read the third article of this series, click here.

Armenia’s defeat in the 2020 Karabakh War between 27 September and 9 November marked the beginning of another round of power struggle in Armenia that dragged the country into turbulence. In fact, this is not a new thing for Armenia since in thirty years of independence, Armenia has witnessed quite a few times of turmoil such as those in 1996 (the aftermath of the elections), 1998 (forced resignation of the first President of Armenia Levon Ter-Petrosyan), 1999 (parliamentary shootings), 2008 (the aftermath of the elections that left around ten people dead), 2016 (hostage crisis), and 2018 (the so-called Velvet Revolution). Yet, there are certain novelties, too. What is different in this round is that not only the political elite, but also the General Staff and the President are also involved in the quarrel, as has been discussed in previous articles in this series aiming to explore what is going on in Armenia in the aftermath of the 2020 Karabakh War. Since the third and the latest article that was published two weeks ago, there have been a few significant developments. For this reason, it is necessary to carry on with a fourth article.

As discussed earlier, Prime Minister Nikol Pashinyan dismissed the Chief of General Staff Onik Gasparyan on 25 February as retaliation to the statement issued by more than forty high ranking military officers including Gasparyan that called on Pashinyan to resign and demanded early elections. Upon that, all attention was concentrated on President Armen Sarkissian as he was the one to affirm the decree or to send it to the Constitutional Court to decide for its legality. Sarkissian did neither. As a result, the decree automatically went into effect without the constitutional intervention of Sarkissian. Subsequently, on 10 March, Pashinyan submitted another proposal to the President on the appointment of Artak Davtyan to replace Gasparyan. The next day, Sarkissian rejected to affirm Davtyan’s appointment. Yet, because he did not bring the case to the Constitutional Court as he did in the case of Gasparyan’s dismissal, on 22 March, Pashinyan announced that Davtyan became the Chief of General Staff by virtue of law. Besides Sarkissian’s indefinite conduct that causes only greater confusion and tension, for a reason that is obvious only to himself, what caught the eye in this process was that, on the same day that Pashinyan appointed Davtyan as the Chief of General Staff, a group of top-end army officers once again called for Pashinyan’s resignation and early elections.

Another significant development had been Levon Ter-Petrosyan’s joining the opposition demanding Pashinyan’s resignation on 16 March. Furthermore, it was striking that he declared his support to Vazgen Manukyan, the leader of the Homeland Salvation Movement, who was once his arch-rival in the second half of the 1990s. It should also be noted that, stepping it up, Ter-Petrosyan also suggested legal guarantees of immunity for Pashinyan and voluntary exile, at least temporarily, after his resignation.  Following that, the meeting between Armenia’s former presidents Ter-Petrosyan, Robert Kocharyan, Serzh Sargsyan, and the ‘presidents’ of the de facto Armenian political entity in Karabakh, Arkady Ghukasyan and Bako Sahakyan on 25 March also caught the eye. This meeting has been another example of Ter-Petrosyan’s pivot to his former rivals against one of his disciples in 1990s, i.e., Pashinyan.

Thirdly, on 18 March, Pashinyan announced early elections on 20 June. Four days later, on 24 March, martial law that had been declared during the 2020 Karabakh War was lifted. It can be said that by this act Armenia has entered the early elections process that will frame Armenian politics in the coming months.

One thing that these developments reveal is the continuation of the row between Pashinyan and the military as the statement of the top-ranking army officers on 10 March demonstrates, which is yet another clear showdown against Pashinyan. However there is more. Now, we can speak of a split between the Chief of General Staff, who is viewed as Pashinyan’s lackey and the high-ranking officers, who are plainly Pashinyan’s opponents. This points out to an interesting situation in Armenia; what we see in Armenia is two rival camps composed of both civilians and military officers. On the one hand, there is the opposition supported by high-ranking officers and vice-versa and on the other, Pashinyan and the Chief of General Staff.  Obviously, this situation not only creates a highly fragile political context, but also spreads the seeds of fractures and possible power struggles within the Armenian General Staff. As to this, it should be reminded that Gasparyan filed a lawsuit to the administrative court on 10 March requiring the invalidation of his dismissal. If the court rules in favor of Gasparyan, the situation will get more complicated and probably a strife will break out between the ‘two chiefs’ of General Staff. In any case, the existing brawl that may intensify certainly causes a lot of confusion within the military ranks and further impairs the already broken Armenian military.

Another thing is that Ter-Petrosyan’s accession to the opposition camp comprised of his long-time rivals reveals the changing political alliances in post-2020 Karabakh War Armenia. This also highlights that the political domain in Armenia has completely divided into two rival camps between Pashinyan and the other political forces, meaning that Pashinyan is now desolate without any actual and probably potential allies.

Taking these into consideration, the burning question is whether Pashinyan is coming to the end of his political life. The answer to this is no. First, although he agreed to hold early elections, probably not so willingly, it should be noted that Pashinyan could stand against opposition’s and General Staff’s calls for his resignation and the formation of an interim government to bring the country to early elections. At this point, the fact that on 28 March, Pashinyan announced that he would resign in April should not lead to misguided conclusions. Pashinyan’s resignation is a procedural requirement to bring the country to early elections, since the law stipulates prime minister’s resignation and the failure of the parliament to elect a new one twice as the preconditions of early elections. Besides, it should be noted that Pashinyan stated that he would continue to serve as interim prime minister until the elections. Therefore, his prospective resignation is not a retreat.

Second, and more importantly, Pashinyan, despite being isolated with the exception of a few supporters such as the new Chief of General Staff and the Minister of Defense and a significant decline in his popularity, is still the front-runner for the office of the prime minister. This can be seen from the results of a survey that was conducted on behalf of the International Republican Institute in February. According to the results of this survey, 55% of the respondents definitely or somewhat want early elections. 62% of the respondents definitely or somewhat trust the results of an early election that is overseen by the current government, whereas 55% respondents definitely or somewhat trust the results of an early election that is overseen by a “caretaker government comprised of professionals.” This percentage falls to 21% for a “transitional government offered by the opposition.” These figures show that the current Pashinyan government is still more trusted than other political forces, though this is probably a consequence of the aversion of the Armenian people to the ‘old elite’ that has gathered in the anti-Pashinyan coalition, rather than their admiration of Pashinyan. More conclusively, however, according to this survey, Pashinyan’s Civil Contract/My Step faction receives 33% of the votes, whereas the second political force after it receives only 3%. Others receive 2% or less. Here, the only challenging result for Pashinyan is that those who say they would not vote for any political party comprise 42% of the respondents. Yet, the huge gap between the most and the second most preferred parties demonstrate that Pashinyan’s Civil Contract/My Step faction is still the favorite of the early elections by a landslide. These reveal that it is still too early to announce the political death of Pashinyan. Yet, it should also be noted that there are more than three and a half months until the early elections. Hence, one should be cautious about the possibility of unanticipated developments that may alter the existing political balances in Armenia.