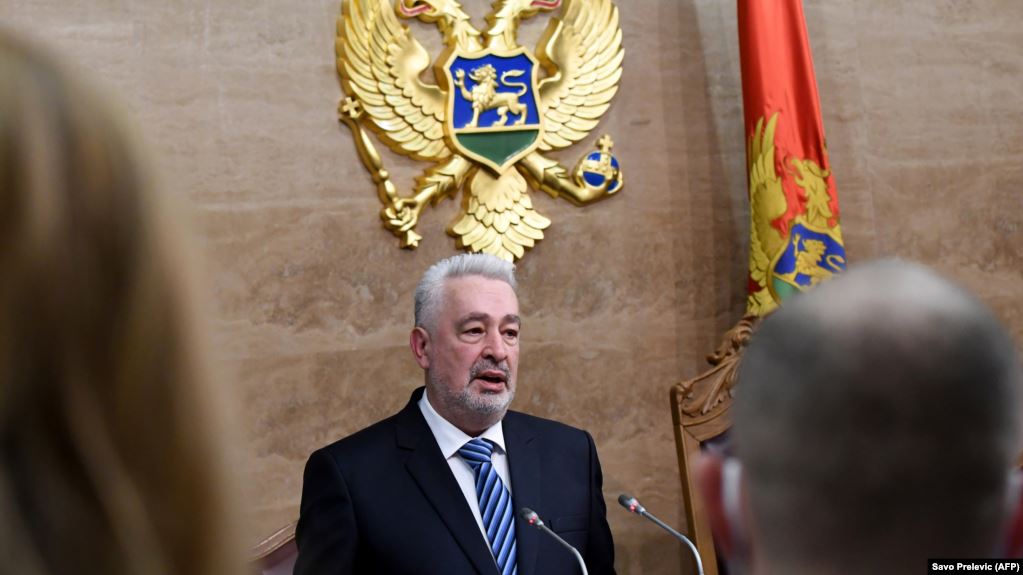 Montenegro is a tiny country in the Balkans with a population of 620,000. It may also be considered as a very young country despite its long history. It became a part of Yugoslavia after the World War I. Following the breakup of the Federal People's Republic of Yugoslavia (FPRY), Montenegro and Serbia joined together in a federative republic. In 2003, this federal structure was transformed into a political union. Only in 2006, Montenegro broke with Serbia, fortunately peacefully, and became an independent country.

The 30 August 2020 parliamentary elections in Montenegro may be construed as a turning point in the short post-FPRY history of this country for the fact that President Milo Đukanović’s Democratic Party of Socialists of Montenegro (DPS) for the first time since early 1990s lost the power. As a result, for the first time in almost thirty years, a non-DPS government made its debut. Yet, it seems that quite challenging times are ahead of the new non-DPS government headed by new Prime Minister Zdravko Krivokapić.

The August 2020 parliamentary elections in Montenegro were held in a quite tense political atmosphere. One of the main reasons of the tension was the Law on Religious Freedom that came into force in January 2020 by the initiative of the DPS. This law obliges religious communities to prove ownership of their properties such as monasteries and churches that were built before 1918. According to the law, failing to do so would result in the confiscation of these properties by the state.

As said this law was initiated and supported by Đukanović and his DPS. The DPS’ main challenger, the pro-Serbian coalition ‘For the Future of Montenegro’ (FFM) composed of several parties, supported by the Serbian Orthodox Church, on the other hand, opposed to this law. The Law on Religious Freedom, accordingly, turned into one of the main disputes during the election process.

The row over the Law on Religious Freedom may be interpreted as an offshoot of the controversies over Montenegrin national and state identity. Observers point out that one of the fault lines in Montenegro is the divide between supporters of a separate Montenegrin identity and independence vis-à-vis Serbian identity and Serbia, and the Serbian nationalists, who advocate deeper ties with  Serbia, and the Slavic countries, in general, certainly including Russia. Remarkably, once an ally of the Serb nationalist leader Slobodan Milošević and the supporter of Yugoslav unity, Đukanović and his DPS are the main agents of the policies that aim at the consolidation Montenegrin national and state identity. Actually, it may not be a mistake to relate their pro-Western policies with their Serbia-sceptic stance. On the opposite side, the FFM is a coalition of the Serbian nationalist forces advocating closer ties with Serbia and taking a distant stance towards Montenegro’s accession to the EU and closer relations with the Euro-Atlantic.

In addition to that, which is, indeed, an aspect of the controversy over Montenegrin state and national identity, as well as Montenegro’s foreign policy orientation, debates over corruption and good governance had been the other hot issues that marked the 2020 parliamentary elections in Montenegro. Actually the objective of bringing an end to the corruption had formed a ground on which highly dissimilar political forces to come together against the DPS rule.

The voting took place on 30 August. The DPS won the largest portion of the votes (35%), though with a tiny margin. The pro-Serbian nationalist coalition FFM got 32.6% of the votes. These two were followed by the pro-EU centrist Peace is Our Nation – PON - (12.5%) and liberal-green United Reform Action – URA - (5.5%) coalitions. With these vote percentages DPS won 30 seats in the parliament, whereas the others got 27, 10, and 4 seats, respectively. The other 10 seats were divided among five other parties.  However, this configuration did not let the DPS to form a government and eventually on 4 December, FFM, PON, and URA formed a coalition government with 41 seats out of 81.

Nonetheless, disagreements have already popped up within the governing coalition. The first strife appeared when the Prime Minister Zdravko Krivokapić stated that he will not diverge from Montenegro’s existing pro-Western orientation, though also with an emphasis on good relations with the neighbors. Krivokapić’s statement got reaction from his FFM, which advocates deeper relations with the Slavic world, particularly, Serbia and Russia.

Given that Krivokapić is the leader of pro-Serbian FFM supporting and supported by the Serbian Orthodox Church in Montenegro, his emphasis on pro-Western orientation may well be lip-service. Again time will show whether Krivokapić will endure or diverge from Montenegro’s western oriented foreign policy. Nonetheless, whereas continuation may lead problems within the FFM, divergence from the pro-Western orientation is likely to cause friction between FFM, on the one hand, and the PON and URA, on the other.

Certainly, this is not only important with respect to the harmony of the ruling coalition. As said above, Montenegrin society is divided between pro-Serbian and pro-Montenegrin orientations. These two orientations often translate itself into a division between pro-Western and pro-Russian/Euro-sceptic stances. Therefore, debates over Montenegro’s foreign policy may have negative reflections in the Montenegrin society causing further tensions among the public.

Also as to this problematic, another point that has to be underlined is that neither DPS has lost its power nor Đukanović is keen to retire. As said above, DPS still owns the largest number of the seats in the parliament and the governing coalition has just 41 seats out of 81. The DPS, on the other hand, owns 30 seats in the parliament and Đukanović’s presidency will continue until the next presidential elections in 2022. This means that the elections had resulted in neither a strong government nor a weak opposition. It is quite likely that Đukanović and DPS will fightback. In fact, we have already witnessed such moves. After the elections and before the formation of the new government, on 28 November, the outgoing Montengrin government declared the Serbian Ambassador to Podgorica Vladimir Bozovic persona non grata for praising the unification of Montenegro with Serbia in 1918. This was most probably a maneuver to create a scene between Podgorica and Belgrade in order to create a difficultly for the incoming pro-Serbian FFM. Nevertheless, Belgrade, reading Đukanović’s move like that, too, first announced it would reciprocate Podgorica by expelling the Montenegrin ambassador to Belgrade, but after a day revoked this decision. Although, Belgrade’s restrain prevented a crisis, no one can guarantee that Đukanović or DPS will not try to sow discord with Serbia or within the already divided Montenegrin society by provoking identity related sensitivities in the future.

Given this state of the political space in Montenegro, what can we except to see from the Prime Minister Zdravko Krivokapić and the ruling coalition? The composition of the new cabinet in Montenegro may give some clues. The twelve ministers of the cabinet are all nonelected, non-party affiliated technocrats appointed after three-month long negotiations among the coalition partners. In other words, what we have in Montenegro is a technocratic cabinet. From that it may be inferred that Krivokapić government will give priority to anti-corruption policies, which is, indeed, the main cause that brought three ideologically diverse coalition partners together. Doing that, it may also refrain from delving into ideological issues to keep the coalition alive, as well as to avert Đukanović and DPS from playing identity and geopolitics cards.