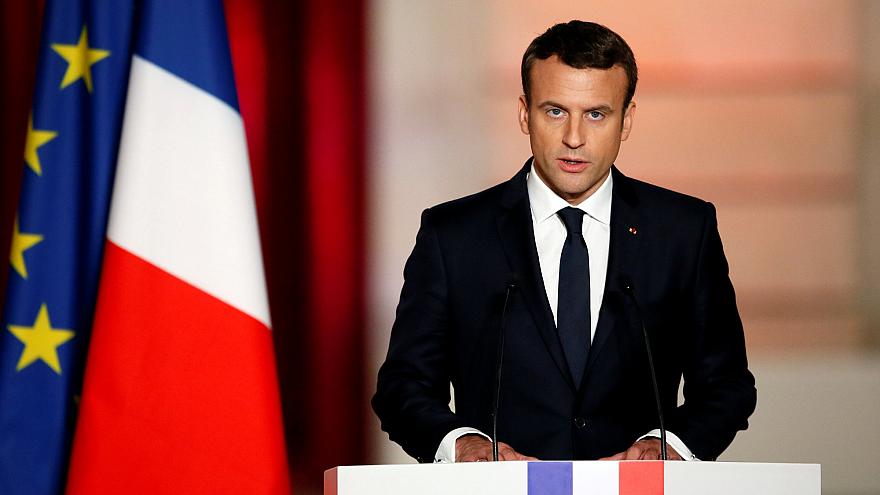 French President Emmanuel Macron stated that he would fulfill the promise of declaring April 24 the day of commemoration of the so-called Armenian genocide. On 5 February 2019, President Macron, who spoke at a reception of the Coordination Council of the Armenian Organizations in France, called the events of 1915 “massacre of the Armenian people living in the Ottoman Empire.” Here, Macron once again demonstrated that he was both a “forgetful” and an “unjust” political figure in the historical and political sense.

As will be remembered, after the recognition of the 1915 events as the so-called genocide in 2001, the French Parliament approved a draft proposal in 2006 that the rejection of the Armenian allegations of the 1915 events would be regarded a criminal act. However, it was not possible to enact it, as the former President Nicolas Sarkozy had prevented the proposal from reaching the Senate. In 2011, the French Parliament adopted this bill criminalizing the denial of the Armenian allegations. However, in 2017, the French Constitutional Court had annulled the relevant provisions of this law. The law has lost its validity on the grounds that it constituted an obstacle for freedom of expression, that it made possible the intervention of politicians in historical studies and was disproportionate. In light of this recent historical process, it is observed that France’s propaganda against Turkey regarding the Armenian allegations has become an important element of France's domestic and foreign policy. In 2017, the passing of a law envisaging the punishment of those who are against the “Armenian genocide” thesis, even if it was later cancelled, is another step taken for the sake of political interests. It creates certain mistrust that France, which always advocates the ​​freedom of thought has contradicted herself. This inconsistent posture suggests that France, when necessary, could ignore the values ​she seemingly always espouses.

The decision of the President Emmanuel Macron to announce April 24th as a day of commemoration of the so-called genocide is not a surprising development. Macron, who has pledged to declare April 24 as the so-called genocide commemoration day during the Francophonie Summit (11 October 2018) in Yerevan, difficult to understand why the Summit had been held there, exploits his promise for the purposes of both domestic politics and foreign policy. As he made his promise to declare the so-called genocide commemoration day, he said, “France faces history. As I promised, in the next few weeks, we will declare April 24 as the day of commemoration of the Armenian genocide.” It is not possible to say that France is carrying out her word regarding the issue of “facing history”. We believe that the forgetfulness and unjust acts of France and her contradictory statements emanate from forgetting her dirty colonial past, especially her massacres in Algeria and the killing of nearly 200 Algerian independence activists in Paris on October 1961 as well as her evasion of interpreting the history in a fair manner.

Also, Macron, who has stated his differences of opinion with Turkey regarding fighting against ISIS, protection of human rights and civil liberties as well as the so-called genocide issue, has always protected the racist Armenian terrorists. He is also one of the leaders who support fanatic Armenian rhetoric the most. It is also evident that today, France is cooperating with PKK’s branch PYD in Syria. When it comes to events in 1915, France disregards its own share of responsibility. France's crimes against humanity in Africa and Southeast Asia also testify in all its clearity to the general approach of France throughout the history.

When one thinks of Colonialism and crimes against humanity, the first name that comes to mind is France and it seems that she is becoming weary of this reputation. In order to compensate for its bloody past, France has apparently set her sights on Turkey. But she forgets that history is infallible and always says the last word.