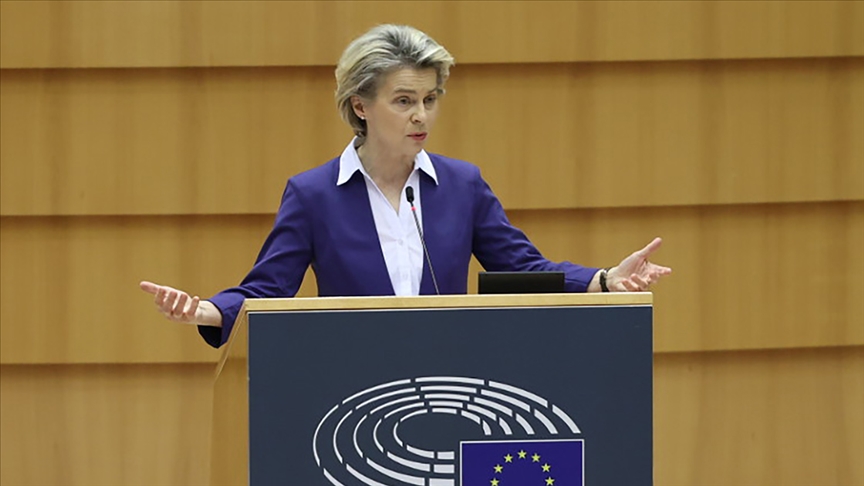 The inconsistent developments within the EU under the European Commission President Ursula von Der Leyen continue to remain on the agenda. In this regard, a new item has been added to the agenda in the form of the controversial management with the COVID-19 vaccine. In fact, it would not be wrong to say that the blunders in this matter have paved the way for other criticisms. In this article, we will discuss the inconsistencies displayed within the EU.

It is known that the EU has not been able to take adequate measures regarding vaccination and has insufficiently implemented the measures it has taken. Even though it should be Von der Leyen who had to take responsibility on this issue, she left Stella Kyriakides, the commissioner responsible for health issues, faced with the questions of the press[1]. While doing this, unlike what a good manager would not do, Von der Leyen made the mistake of blaming the person she herself had appointed.

Similarly, management blunders may be seen in Von der Leyen’s attitude towards Brexit. In this process, it has argued by some that the EU has not been able to manage its relations with British Prime Minister Boris Johnson on a rational basis. Following the problems in the supply of COVID-19 vaccines, the European Commission has published a new statement about the decision that the export of vaccines produced at facilities in member countries to third countries will be subject to a permission. The President of the Commission Von der Leyen, who signed an agreement with vaccine developer AstraZeneca at the end of January, is on the focus of heavy criticism. Due to the wrong decisions she has made in this process and her attitude, Von der Leyen has been likened to ‘a driver sleeping behind the wheel’[2]. This has brought to mind the old problematic periods in the Brexit debate and stirred the British media’s anger against the EU, causing the rift between the two sides to increase[3]. The views that the European Commission’s decision is wrong and that it strengthens the opponents of Northern Ireland are points that should be followed carefully.

In both the UK and the EU, the President of the Commission Ursula Von der Leyen has been heavily criticized. It is emphasized that her election as the President of the European Commission after her duties as the Minister of Family and the Minister of Defense in Germany has not been considered as a success. Contrary to popular belief, after an active position in the country, the position of President of the European Commission is considered as a passive duty. There is a prevailing opinion that if she had performed successfully in German politics, she would not have been appointed as the President of the European Commission. In such a situation that France would not look favorably upon under normal conditions, the President of France Macron has remained silent. The basis of this silence can be attributed to the appointment of Christian Lagarde to the Presidency of the European Central Bank having turned into a bargaining subject between President Macron and German Chancellor Merkel. It can be said that this situation is humiliating for Ursula Von der Leyen. However, it is not right to put the burden of the lack of good governance of the EU on a single person. While unity should have brought strength to the Union, the cracked voices, machinations, and bargaining based on selfish interests in the Union have come in the way of the principle of good governance. However, The Presidency of the European Commission is an important position that should not be made the subject of such bargaining. Since the EU does not even act considerately on issues relating to its internal politics, it is understood that it does not have the time or energy to act in a conciliatory or impartial manner on issues relating to Turkey.

The Moscow visit of Josep Borrell, the High Representative of the EU for Foreign Affairs, also revealed the diverging views and the management blunders within the Union. In the meetings held during Borrell’s, Russian Foreign Minister Lavrov addressed Borrell in an almost lecturing style. At the bilateral press conference, Lavrov expressed his views clearly. On the other hand, Borrell was met with calls for “resignation” in the EU after his visit ended. In this regard, the prevailing opinion is that the EU was not represented well during Borrell’s visit to Russia. Callers for resignation feel that Borrell gave Russia the green light concerning Russia’s actions.

It is necessary to draw attention to another issue that is believed to part of the management blunders of the EU. That is related to the EU’s keenness to “arbitrate” the past of various countries. Although some officials have stated that it is not up to them to arbitrate on this issue, some officials are nevertheless insistent on this issue[4]. AVİM holds the position that the EU should not assume the role of the arbitrator regarding the past of countries. This also cover the events of 1915. Regarding these events, the EU is expected to take a similar attitude and refrain from attempting to act as an arbitrator.

The inconsistencies, lack of planning, and the inability to act in concert within the EU are some of the intra-union problems that we have observed in the last few years. Another of these problems concerns two historians in Poland. A Polish court ruled against Professor Barbara Engelking and Professor Jan Grabowski for including historical facts about the Holocaust in their books. The meaning of this decision is this: After this date, historians must act more carefully before making any accusations about the Holocaust. It is understood that legal obstacles are being brought against Holocaust research. This means that any discourse on the Holocaust in Poland may subject to criminalization. It is important for Europe to solve its own freedom over the freedom of expression.

In addition to all these blunders, the European Parliament’s former Turkey Rapporteur Kati Piri has made criticisms regarding the EU’s negotiations with Turkey. Piri stated in essence the following: “The fact that we were not really negotiating at first was not Turkey’s fault. It was the EU’s fault, since there was a blockage by the Greek Cypriot Administration of Southern Cyprus. One country was able to veto all of the negotiation process.” We have mentioned this assessment by Kati Piri[5] in our comments and analysis articles many times before. It would be appropriate to keep Piri’s criticism in mind.

Similarly, there are similar expressions in the latest book Gerhard Schröder, former Chancellor of Germany, titled “Letzte Chance- Warum wir jetzt eine neue Weltordnung brauchen”. Schröder clearly states in the book that the EU has made the wrong moves against Turkey and that Turkey was deliberately held outside the EU[6]. In the book, he has written that Turkey has been pushed away from the EU. Also, the book express that the EU should blame itself rather than Turkey.

The EU has gotten so lost in its own problems that even its former officials who once held important positions are directing frank criticisms towards the EU. When these criticisms are considered carefully, they will be able to provide benefits to both Turkey and the EU. Otherwise, important positions will end up being poorly managed due to petty calculations and bargaining. It would be beneficial for the EU to make a new arrangement within itself before pursuing its foreign relations.

[2] “The Irish Times View on the Border: An Error with Lasting Impact”, The Irish Times, 31 January 2021, https://www.irishtimes.com/opinion/editorial/the-irish-times-view-on-the-border-an-error-with-lasting-impact-1.4472563