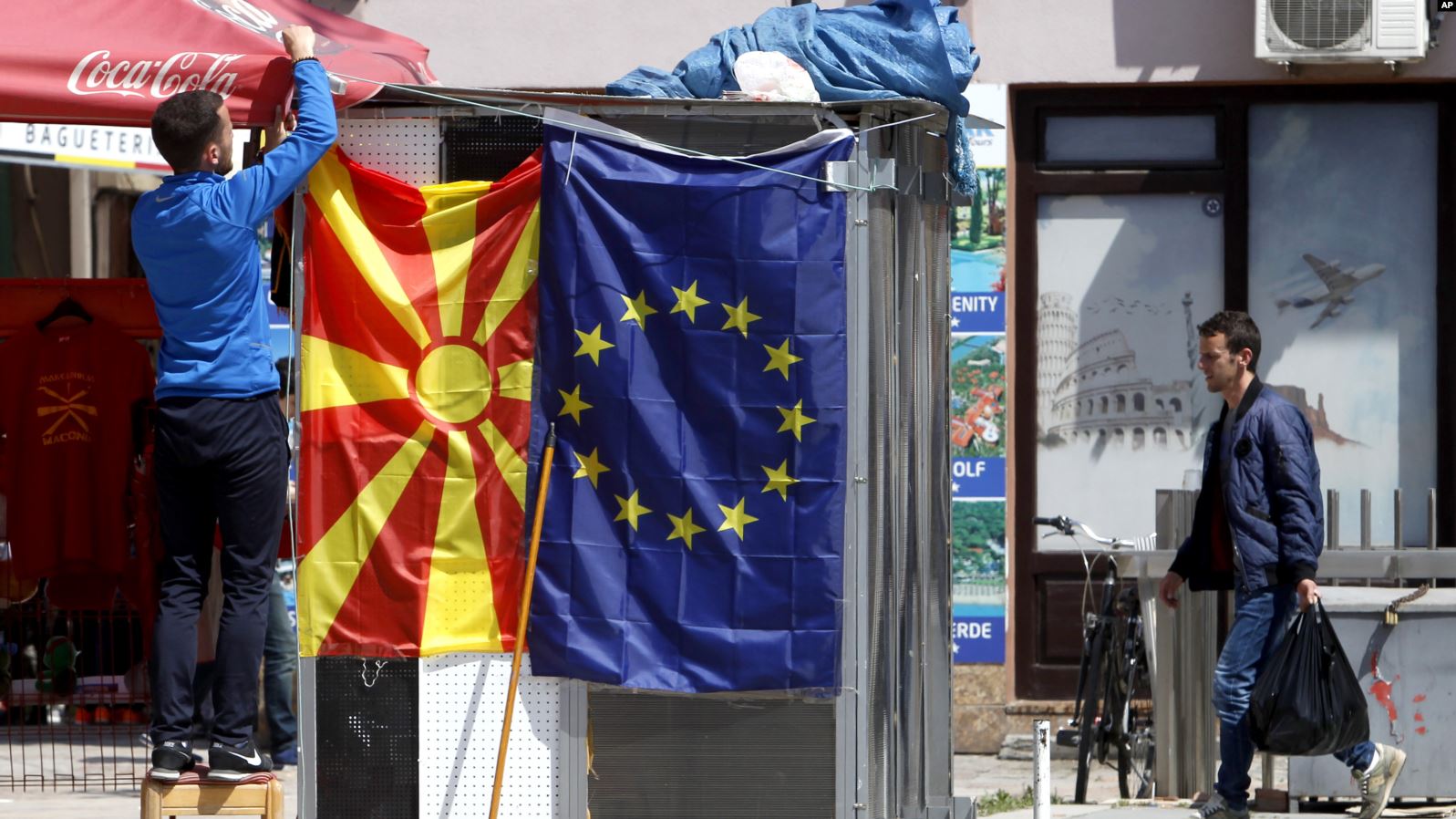 There exists a doubt in the European Union (EU) that the Union itself has turned out to be the hostage of some of its own member countries. The relevance of this idea has gained ground since there exists several examples to justify this situation. While the relationship between Greece, the Greek Cypriot Administration of Southern Cyprus (GCASC) and EU on the Eastern Mediterranean demonstrates this idea, the Bulgaria-North Macedonia tension on North Macedonia’s accession to EU fortifies it as an argument.

On 17 November 2020, Bulgaria made it clear that it would veto the EU accession process of North Macedonia since Skopje has ignored to address certain concerns of Sofia[4]. In the past, Bulgaria had been one of the great supporters of North Macedonia’s accession to EU and the two countries even signed an “Agreement on Good Neighborly Relations” with each other on 2 August 2017[5]. One of the provisions of this agreement was to establish a joint historical commission to find a solution to the common historical and linguistic claims[6]. However, Bulgaria accuses the North Macedonia of violating this agreement by not providing enough investment in infrastructure which would connect the two countries and solve the historiographic differences by building a binational historical commission[7].

According to President Pedarovski of North Macedonia, its language and unique history gives the country its own identity[10], but for Bulgarian officials, the separate North Macedonian identity does not really exist. It is true that the North Macedonian territory had been ruled by Ottoman Empire, Serbia, and Bulgaria respectively. It is also true that there exists some relation between the Macedonian and Bulgarian languages and same is valid for the cultures of the two countries. Yet, Bulgaria demands its narrative of history to be accepted with a new bilateral treaty. As to Sofia, “A Macedonian language or ethnicity did not exist until 2 September 1944. Their creation was part of the overall building of a separate non-Bulgarian identity by Yugoslavia, aimed at cutting the ties between the population of the region and Bulgaria[11]”. Bulgarian officials also included in their declarations that the EU accession talks must include special monitoring for Skopje’s compliance with these rules in school textbooks and national holidays[12]. Another striking -or extreme- demand of Sofia is about the limitation of the Macedonian language. According to Bulgaria, after the accession of North Macedonia to EU takes place, it should be declared that the mention of the “Macedonian language” only exists in the constitution of the Republic of North Macedonia[13]. Bulgarian officials also said that “The enlargement process must not legitimize the ethnic and linguistic engineering that has taken place under former authoritarian regimes[14]”. As a normal response, officials from Skopje stated that they will not accept such a discussion on this topic in an interview to EU Observer. Apparently, the aggressive behavior of Bulgaria does not comply with the agreement on Friendship, Cooperation and Good Neighborliness.

After the Bulgarian veto on the accession process of North Macedonia to EU, the Bulgarian government was also accused of violating the right of self-determination and forcefully imposing an identity on the Macedonian nation[15]. Thus, this behavior of Bulgaria allegedly means that Bulgaria does not respect the sovereignty of the North Macedonia. Despite this, Sofia responded to Skopje by revealing that the North Macedonia should not count on Bulgarian support or assistance if the country continues to embrace “totalitarian historical narratives”[16]. Those behaviors and responses have caused a cooling down on the relations of the two countries which had been smoothened after the 2017 agreement.

Other than those facts, it is certain that the Bulgarian veto on North Macedonia’s accession to EU has provided several uncertainties and put the region’s stability at risk[17]. Moreover, as a result of this, the trade and investment of both sides will decrease as well. Since Bulgaria is its biggest trade partner, North Macedonia will be at a disadvantage in this situation[18]. However, it will be a loss for Bulgaria as well, since North Macedonia is one of the few countries Bulgaria has trade surplus with.

In addition to those, this dispute also has political consequences that are more serious than the economic outcomes. Euroscepticism may rise in North Macedonia since the country has received the second veto in its accession process[19]. Thus, this veto may lead to more destabilization in the Balkans.

At the same time, it is a fact that the Bulgarian move is a challenging test for the EU[20]. Analysts have made it clear that Bulgaria and Romania were accepted to EU without providing the necessary requirements and conditions for the EU membership[21] and it is known that Germany was behind this policy. Now, even Germany has made it clear that it was disappointed by the Bulgarian behavior, meaning that Germany sides with North Macedonia in this conflict[22].

It is clear that the EU has not been functioning as it should be lately. The question, the answer to which is self-evident, is whether forcing one country and nation to change its official name for accession process complies with the core values of EU. How this disrespect to that country’s sovereignty can be remedied is another question. Another crucial point that must be considered is that the EU’s unsuccessful attempt to reach consensus on its enlargement policy forms weakness and harms the overall credibility of the EU[23]. Apparently, tougher diplomatic actions are needed to solve this veto dispute and the possible damage it may cause. Yet, the North Macedonia-Bulgaria dispute is only one of the challenges of EU since credibility of EU has taken a major hit by the current blocking of Belarus sanctions by GCASC due to the current Eastern Mediterranean dispute with Turkey. The Eastern Mediterranean issue between Turkey, Greece and GCASC remains as an unsolved challenge for EU and between different sides. Just as in the Bulgaria-North Macedonia dispute, the EU once again failed to find a common policy that has an equal approach between the different sides. In this sense, many challenges lay ahead for the EU other than the economic ones that were created by the coronavirus pandemic. In general, the view of EU as being a hostage of some of its member countries has started to become the dominant one for many countries. However, as this policy can be traced back to the accession granted to GCASC, attributing this problem to a small circle of countries may be a misleading notion.

[22] Jovanovic, “The EU Should Act Resolutely After the Bulgarian Veto”.