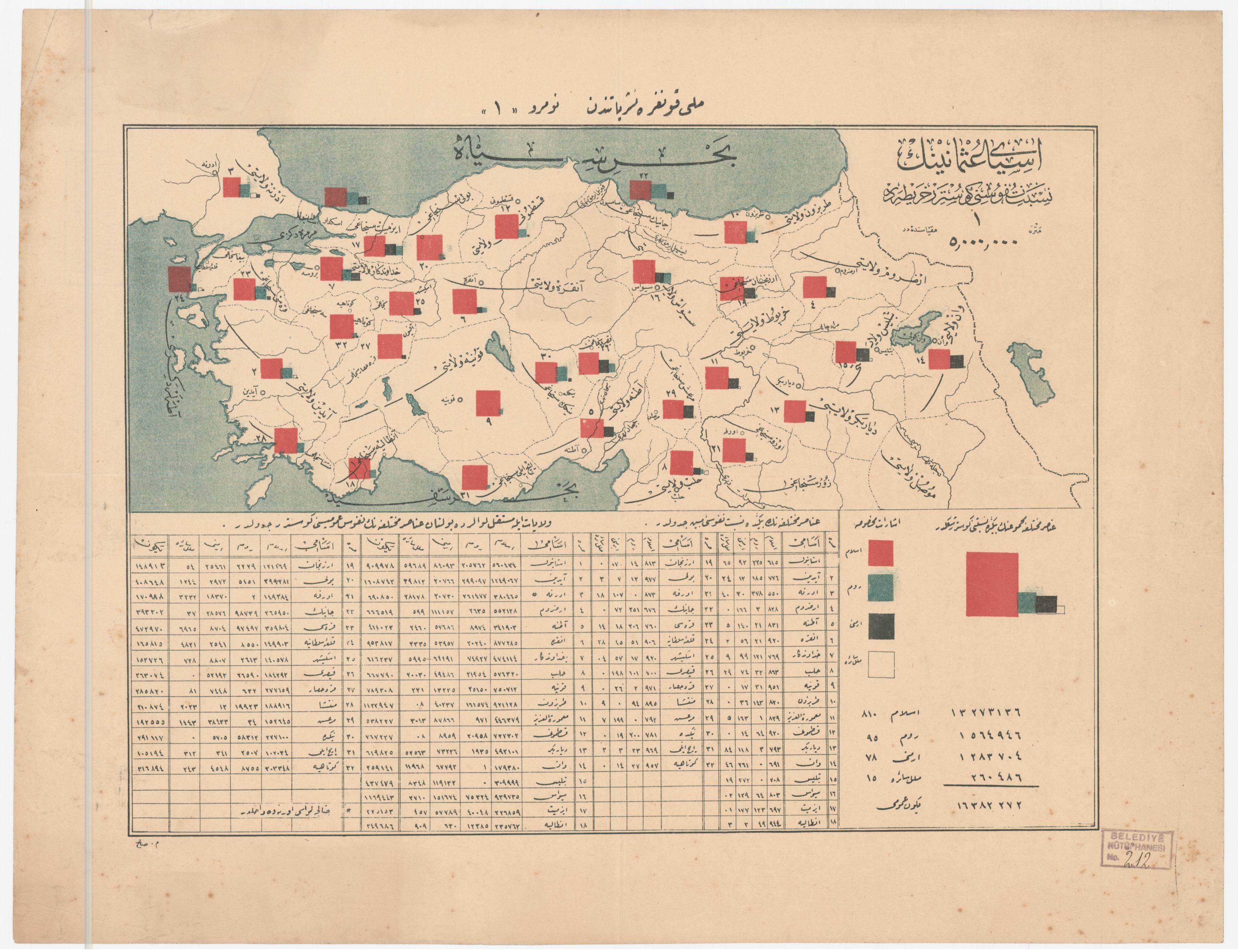 The population of Armenians living in the Ottoman Empire is one of the most prominent topics within the ongoing discussions on the 1915 Relocation and Resettlement Law implemented by the Empire. It is seen that different numbers have been given in the relevant studies; especially higher numbers are given especially in the western sources and academia compared with the numbers pointed out by Turkish resources. These statistical numbers were claimed by the leaders of the Armenian Patriarchate at that time, which was influenced by the nationalist movement that spread following the 1789 French Revolution and was hoping to establish an independent state. The aim was to gain the support of the Western states. Afterwards, these statistical numbers were mentioned and increased by the Armenian diaspora. Within time, the said statistics turned into a slogan of “1.500.000 Armenians were massacred”, which involves a number exceeding the total Armenian population.

In the Tanzimat reform era, population censuses began being conducted with the strengthening of the centralist understanding[1]. A central census bureau was established, and registrars were sent to the districts from the capital[2]. Even if all results of the censuses was not sufficient due to the conditions of those days and the technical problems, censuses conducted in 1893 and 1907 are assumed to be accurate and comprehensive ones.  These statistics gives information about age, gender, marital status and ethnical or religious allegiance. For this reason, these are important resources for information regarding the population of Ottoman Millets[3]. For instance, Kemal Karpat estimated the total population of Ottoman Empire as 17.388.562 based on the census of 1893, and 20.884.630 based on the census of 1905[4]. According to the 1893 census, the total population of the Armenians living in the Empire was 1.157.519. Kamuran Gürün, who has extensive research on this subject, calculates that this number may approach 1,300,000 by taking into account the faults that may occur in the census. Also, the numbers given by the Armenian writer Vahran Vardapet was between 1,300,000 and 1,500,000. Nevertheless, the number given by the Armenian Patriarchate to the Western countries was 3,000,000.[5]

“You were informed about the situation of the former provinces that once formed the Armenian Kingdom. The provinces located between the Caspian Sea and the Black Sea, Basra and Iskenderun gulfs from the source of the Tigris and Euphrates Rivers, as you know, are under the administration of three different governments such as Russia, Iran and the Ottoman Empire. It is a fact that the Armenian population in these provinces, which were under the administration of the Ottoman Empire and which is now the only subject of discussion, was not more than thirteen percent compared to the entire Ottoman population, as can be understood from the statistics we have. The total number of Armenians in the Anatolian provinces is certainly not three million. In fact, the Armenians were not equally divided into the provinces mentioned, but frequently in some places and scattered in some places.[6]”

These statements also constitute a sign that the accuracy of the information conveyed by the Patriarchate was not relied upon.

Francis de Pressensé, who was also a politician at that time and a journalist in one of the most reliable publications in France, makes a calculation by distinguishing the Armenian population living in the Ottoman, Russian and Iranian lands in an article he wrote with the title "Armenian Problem". According to Pressensé, between 600,000 and 700,000 Armenians were living in the Tsarist lands, between 300,000 and 400,000 were in the Iranian lands, and between 1,200,000 and 1,300,000 were in the Ottoman lands[7]. He stated that even in Van, Bitlis, Erzurum and Sivas, where Armenians claim to be the most populous, they do not constitute the majority population, and Muslim subjects have a larger population[8]. Based on this data, Pressensé also states that there is no justification for the Armenian nationalists to declare independence with the claim that they constitute the majority[9]. It is seen that the French Minister of Foreign Affairs, Hanotaux, also mentioned in his speech that there is no possibility of “creating a center where the autonomous administration procedure is implemented”.[10]

The data of the French politician and journalist Pressensé seem to be consistent with the figures cited by Kamuran Gürün. The French Minister of Foreign Affairs seems to be talking about similar ratios with Pressensé.

Over time, the figure of “1,500,000” as the number of people who lost their lives, neglecting the facts concerning the total population during the process of Relocation and Resettlement and the conditions of war, has unfortunately become a commonly used number in many countries of the world, even in France. In fact, many sources, including French, point out that the total Armenian population living in the Ottoman Empire between 1892 and 1914 was not so high[11]. The purpose of drawing attention to the inconsistency in the population issue is to support the adoption of a critical approach while seeking the truth about what happened in the last period of the Ottoman Empire. The Western society, which has been under the influence of the Armenian diaspora’s one-sided narrative for a long time, seems to be trapped in such a rigid thought that it can even ignore its own archive sources.