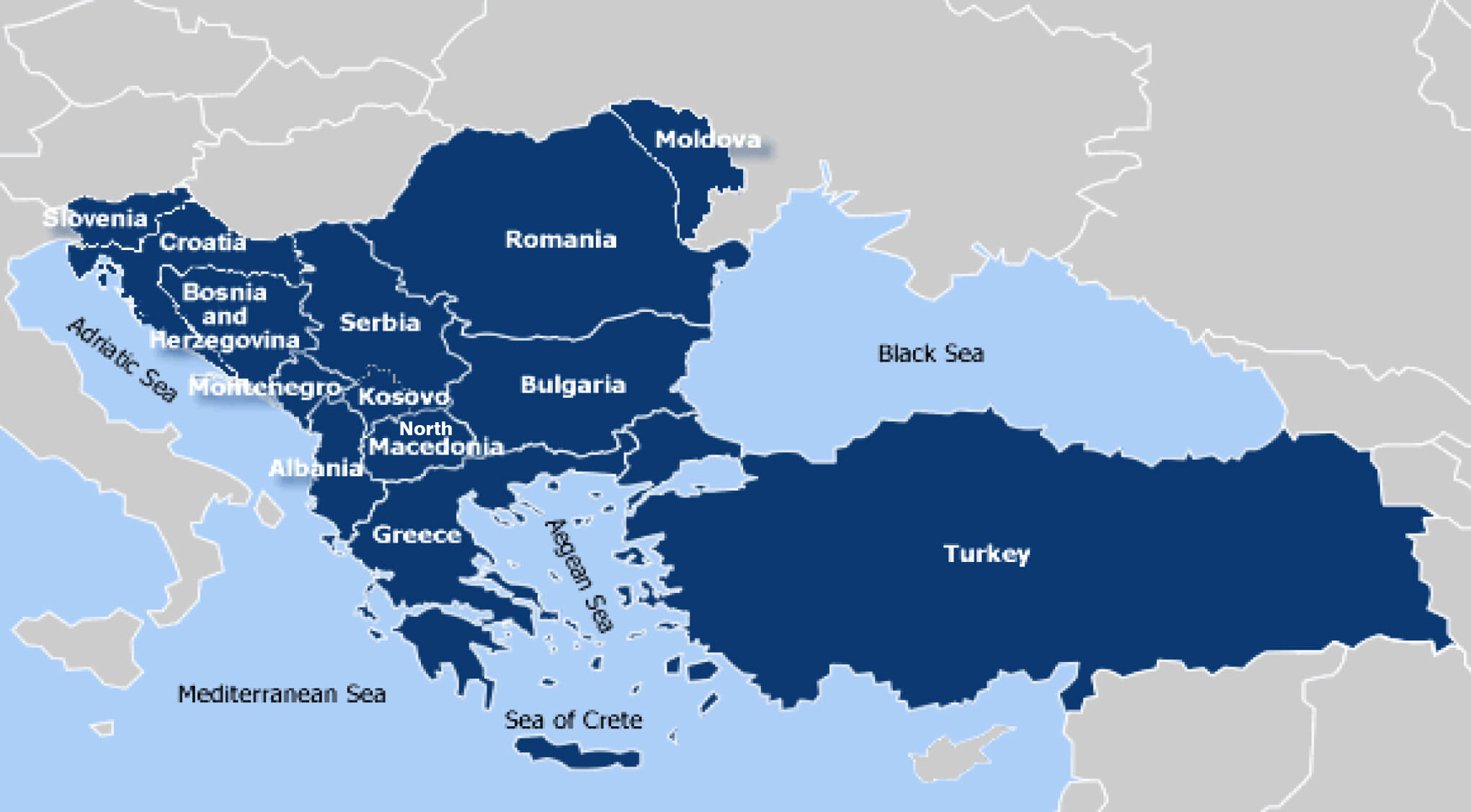 Tirana Summit in the midst of Europe's vital problems

The latest Summit between the European Union (EU) and "Western Balkans"[1] states was held in Tirana on December 6, 2022. The Summit was introduced by the EU as "the first-ever summit between EU and Western Balkans leaders to take place in the Western Balkans region." [2]  Summit was organized as part of the EU's "strategic cooperation" with some Balkan countries and will be the third since the start of the Ukraine-Russia conflict.

It is worth remembering that the EU accession process for the "Western Balkans" countries is at the centre of EU- "Western Balkans" relations. The conditions for establishing these relations were first laid down in the EU Council Conclusions of April 1997. In 1999, the EU Council established the Stabilisation and Association Process (SAP) and confirmed that the "Western Balkans" countries would be eligible for EU membership if they met the criteria established at the Copenhagen European Council in June 1993.[3] As per the official position of the EU, "The prospect of EU membership is an incentive to bring forward reforms in the Western Balkans. Reforms are key for the European path, but more importantly, they are crucial to improving political and economic governance, the rule of law, media freedom, and conditions for civil society. This is in the shared interest of the citizens of the Western Balkans and the EU." In this context, it is worth remembering that these principles, which seem very consistent on paper, often provide an excuse for the double standard applied by the EU on membership, and it was a method used especially for Turkey in previous EU enlargements. The most obvious examples of this double standard are the hasty admission of the Greek Cypriot Administration of Southern Cyprus, Romania, and Bulgaria to the EU. In the case of the Greek Cypriot Administration of Southern Cyprus, the EU made a historical mistake by admitting an Administration of a divided island to the Union. It does not seem possible to say that the EU has a sincere answer regarding the extent to which Romania and Bulgaria met the EU's criteria listed above at the time of their accession to the EU. In fact, the discriminatory method applied to Turkey has been applied to the "Western Balkans" countries for years by the EU. In this context, the second paragraph of the declaration published following the last Tirana summit, which is another "lullaby" that explains the EU membership "perspective" of the "Western Balkans" countries, is given below:

"The EU reconfirms its full and unequivocal commitment to the European Union membership perspective of the Western Balkans and calls for the acceleration of the accession process, based upon credible reforms by Partners, fair and rigorous conditionality, and the principle of own merits, which is in our mutual interest. It welcomes the progress made by the Western Balkans Partners on their respective EU paths since the EU-Western Balkans Summit at Brdo in October 2021. In particular, the EU welcomes the holding of the first Intergovernmental Conferences with Albania and North Macedonia."[4]

For years, the EU has produced initiative after initiative for the "Western Balkan" countries. There are more than thirty initiatives involving these countries. The major regional initiatives are the Berlin Process, Brdo-Brijuni Process, and the Open Balkan Efforts.[5] Tiran Declaration seems to be the start of another process in the region.

The EU appears to be attempting to initiate a new procedure, as previous policies have either stalled or failed. The Berlin process that began in 2014 has evolved into an annual meeting of leaders in which they chat with no tangible outcomes. The Brdo-Brijuni Process failed in its most recent session. The Open Balkan Initiative is not an EU initiative. The underlying question is whether or not the Tirana Process is new. Will it succeed?

The Berlin Process is a forum for high-level collaboration between the "Western Balkan" states (WB6) and the Berlin Process host countries, as well as civil society, youth, and enterprises from the region. It began in 2014 as a four-year initiative. However, it failed to meet its objectives and lasted into 2018.[6]

The 2014 German Chair Declaration aimed to achieve concrete progress in four areas. These were, resolving lingering bilateral and domestic difficulties, bringing about reconciliation within and between the region's societies, increasing regional economic collaboration, and establishing the basis for sustainable growth.[7]

Under the Berlin Process, nine Summits have been held to date. The most recent Summit took place in Berlin on November 3, 2022.[8] However, despite its objectives, it seems to have only achieved some goals in the "regional connectivity" field.[9]

The other Process concerning the region is called the Brdo-Brijuni Process. It is an international event held annually in the Balkans. It was launched in 2013 by the presidents of Slovenia and Croatia, Borut Pahor and Ivo Josipovi. The initial formal gathering took place at Brdo pri Kranju, Slovenia. The Process's primary objective is expanding the European Union to include certain Balkan states.

The aim of the Process was as follows: regional and European level economic competitiveness and integration, and to increase regional level stability and cooperation.[10]

The most recent Brdo-Brijuni Process conference took place at Brdo pri Kraju on September 11, 2022. [11] It was unsuccessful. The participating countries could not adopt a declaration.[12] Instead, conclusions were adopted. In the adopted decisions, the following was stated:

"1. We reiterate the EU enlargement policy as the most direct contributor to maintaining peace and stability in our region, and more than ever, a geopolitical issue.

2. We call for an accelerated EU integration process in line with the well-established conditions for EU membership.

3. We call for granting the candidate status to Bosnia and Herzegovina by the end of 2022.

4. We call for the removal of visa regime for the entire Western Balkans by the end of 2022.

5. We call for EU to stand side by side with Western Balkans in mitigating the consequences of the looming economic and energy crisis.

6. We reaffirm our firm commitment to the dialogue as the only viable solution to the existing differences and open political issues in the region."[13]

At the 2017 Berlin Process held in Trieste, some Balkan nations becoming closer was initially proposed. Finally, the leaders agreed on an action plan for an economic zone. On October 11, 2019, the prime ministers of Albania and North Macedonia, Edi Rama and Zoran Zaev, as well as the president of Serbia, Aleksandar Vučić, signed a statement of intent to create the free movement of people, products, services, and money among the three nations. On July 29, 2021, the Open Balkan Initiative was officially announced and went into effect.[14]

The Open Balkan initiative aims to replicate the European Union on a smaller scale in the Balkans due to the failure of the accession of the Balkan countries.[15]

Notable Points Regarding the Tirana  Declaration

In Lieu of Conclusion

One of the goals of the EU regarding the "Western Balkans" is to increase stability in the region. Yet over the last years, especially the last five years, certain EU states have caused regional destabilization. The latest example is the unfortunate Slovenian Document that was used to redraw the Balkans map by carving up Bosnia and Herzegovina.[24]

As history has shown time and again, in various situations and fields, Western European countries believe that they are above history and culture and that history is shaped by them. They think they can shape anything they want. This includes identity. They think they can destroy and recreate identities.

The most striking example of this supremacist approach in the context of the Balkans is the fabricated term "Western Balkans." The term Western Balkans has been created, used, and is still being used under such circumstances. The EU is still dividing the Balkans into three subgroups. According to the EU, Croatia, Bulgaria, Romania, and Greece are not part of the Balkans anymore since they are members of the EU. On the other hand, Bosnia-Herzegovina, Serbia, Montenegro, Kosovo, Albania, and Macedonia comprise the so-called "Western Balkans" sub-region. Turkey, by its lonesome self, makes up the "Eastern Balkans" region. EU's this discriminatory policy was accepted by Balkan states in the hopes of being speedily taken to the EU, which has not been done. This issue of discriminatory sub-grouping, thus identity crisis, seems to be continuing in the new Process. Unfortunately, the EU continues this policy and attempts to build walls between Balkan countries with historical ties.

This seems to be the case in the Tirana declaration as well. The EU refrains from addressing the identity problems it created. Simply, it is trying to tear the area apart. It also tries to destroy the region's historical ties by building artificial visa walls. Perhaps worse, if it repeats its past habits, it will try to redraw the borders. If it dares to do so, it will only deepen the catastrophe of war that Europe faces today. Let us hope that wisdom will prevail in the EU in the turbulent days of the century.

[1] AVİM considers the term "Western Balkans" to be a politically motivated separatist terminology and insist on the use of the geographical and historical identification "Balkans" regarding the region.

[15] Simić, “Three Countries Agree Mini Schengen in the Balkans”; “Mini-Schengen: What Does This Accord Mean for the EU?,” Information site, European Travel Information and Authorisation System, 2021, https://www.etiasvisa.com/etias-news/mini-schengen-balkans.

[18] “What Does the ‘Declaration of Tirana’ Predict? From the 1 Billion Euro Investment Program to the EU ‘Repower’ Plan,” accessed December 11, 2022, https://scantv.al/what-does-the-declaration-of-tirana-predict-from-the-1-billion-euro-investment-program-to-the-eu-repower-plan/.