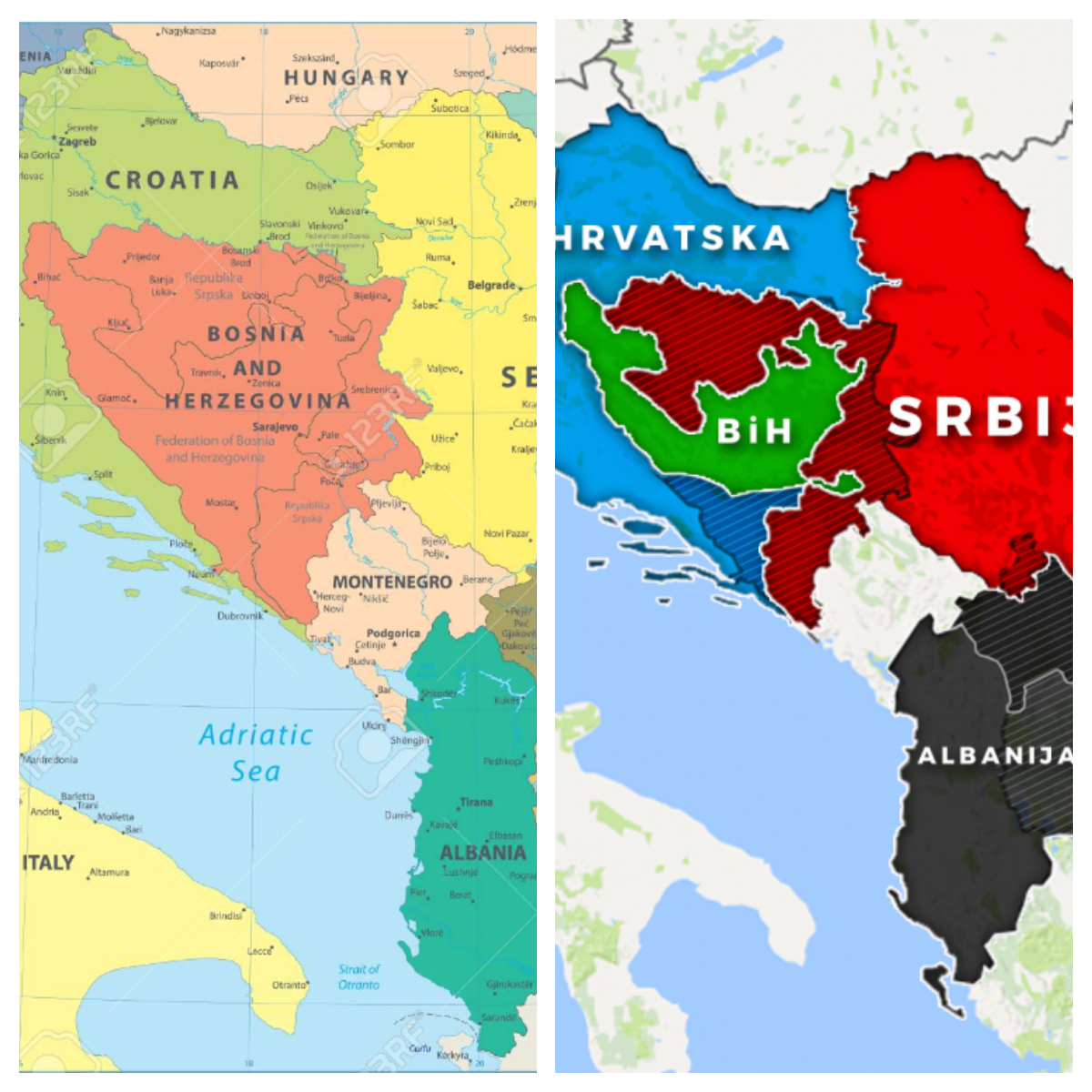 In our recent AVIM analysis titled “Why Should the Role of the Peace Implementation Council and OHR Continue in Bosnia And Herzegovina?”, we asserted the view that the continuation of the powers of the Peace Implementation Council (PIC), including the Bonn Powers, is essential for the preservation of the sovereignty and territorial integrity of Bosnia-Herzegovina (BiH) within the framework of its constitution.[1] In this context, we underlined that Turkey, as a member of the PIC Steering Board, has the ability as well as the responsibility as a Balkan state with exceptional ties with BIH, to influence the shaping of the decisions to be taken regarding the continuation of OHR. We further stressed that Turkey, in this process, as it did in the past, should staunchly defend the sovereignty and territorial integrity of BiH and must strongly oppose the approaches that aim to dismember BiH.

Before the ink of our analysis dries up, we came across an irritated press report claiming that Slovenian Prime Minister Janez Jansa has sent a document to Charles Michel, President of the European Council, proposing the re-drawing of BiH’s borders. It was reported by the media that Janez Janša has handed over a non-paper to the President of the European Council containing the upcoming Slovenian EU presidency priorities, which includes guidelines about the “final disintegration of Yugoslavia”. The said press reports also include the details of the claims that Željko Komšić, the Croat Presidency member, of BiH confirmed to local media that Slovenian President Borut Pahor had asked a similar question to the BiH Presidency members of Milorad Dodik, Šefik Džaferović (Şefik Caferoviç) and Željko Komšić in an informal conversation during his official visit on 5 March 2021 to BiH.  As per reports, Komšić stated that Pahor asked a question whether “a peaceful separation in BiH is possible” referring to the secession of the entity of Republika Srpska (RS) from the BiH. According to Komšić, in response to this question, he and Bosniak member Džaferović had replied this was not possible, while Serb member Dodik gave the opposite answer.[2]  Both Slovenian President and Prime Minister, according to press reports, dismiss claims that they advocate the dissolution of Bosnia, or the redrawing of its borders.[3]

Despite these denials, a copy of the alleged document handed over to EU was published in the Slovenian investigative and journalistic online news outlet necenzurirano.si.[4] The mentioned news outlet claims that it published the document without any censorship. It is claimed that the document is entitled "Western Balkans[5] - The way forward" was received in Michel's cabinet in February. The authors are unknown. According to sources of the mentioned news outlet, it was certainly not created at the Slovenian Ministry of Foreign Affairs. Part of its content was allegedly written in Budapest. Nevertheless, it is referred to in Brussels diplomatic circles as a "Slovenian" document, as Janša's cabinet is said to have participated in sending it to various addresses.

The non-paper type document, under the “solutions” sub-title, contains the highly dangerous and adventurous suggestions regarding changing the borders in the Balkans which are reflected verbatim hereunder:

The non-paper in its “Steps” sub-heading, among other, states the following.

It is understood that such an ill-intentioned plan, which could bear the potential to drag not only the Balkans but also the whole of Europe into the swamp of war seems to be prepared by Slovenia. The terminology in the plan reveals that contacts were made for the implementation of the plan. The references to Turkey in the document reflect entirely a hostile content. Bosnia-Herzegovina is shamelessly trying to be deleted from the European map.  Muslim Bosniaks are tried to be prisoned in a small enclave. The plan, in a word, reflects hostility against Muslims and Turks.

The EU has not denied the existence of the report to date. However, the US has rejected this Slovenia-linked plan to break up Bosnia-Herzegovina. A state department spokesperson said on 15 April 2021 that "The United States deeply values its longstanding partnership with Bosnia and Herzegovina and supports its sovereignty and territorial integrity, respect for which was enshrined in the Dayton Peace Accords."[6]

It is worrisome that such a malicious plan has been prepared and studied in the EU. It is also alarming that the name of a NATO member country that will assume the EU presidency is associated with this plan. There is no doubt that Turkey will continue to defend in every platform including the PIC Steering Board the  sovereignty and territorial integrity of the Bosnia-Herzegovina. It is believed that it would be useful that Turkey opens this issue up in the PIC Steering Board meetings and ask clarification from the EU representatives.

As the controversy regarding the Slovenia-linked non- paper continue, the new claims are made regarding the border changes in the Balkans that deserve to be followed diligently. In this vein, according to press reports, the Kosovan daily newspaper Koha Ditore published claims that Kosovo and Serbia would recognise each other’s territorial integrity and sovereignty under an EU deal by by Germany and France.[7] It is asserted in the report that an autonomous district of northern Kosovo would be created, while the Serbian Orthodox would have a privileged status. In return, Serbia would not hinder Kosovo’s membership in international organizations and Kosovo would not impose trade barriers. German and French Embassies to Kosovo denied involvement of their countries in this intrigue. German Ambassador to Kosovo tweeted: “The so called ‘German-French non paper’ published by Koha Ditore is fake news! There might be a paper but it’s for sure not a German- French one. Our full support is for the EU-led dialogue led by EUSR”.[8] Additionally, the European Commission has also dismissed the report and stated that “the alleged document does not express EU positions and was not received by the European Commission nor the European External Service”.[9]

In addition to these statements, as per the media reports, the NATO Secretary General Jens Stoltenberg after his meeting with North Macedonian President Stevo Pendarovski at NATO headquarters in Brussels made a statement to the press regarding the unofficial document allegedly prepared by Slovenia. He said that "Speculations about changing the borders adds to the uncertainty and creates the risk of instability in the region."[10] In this respect, North Macedonian President Pendarovski said that changing the borders in the Balkans would lead to a "blood bath". Pendarovski also expressed the view that the authors of these texts preferred to remain anonymous, and this was evidence that they were ashamed of their own ideas.[11]

When the developments summarized above are considered together, it seems that an idea assuming stability can be achieved by changing the borders in the Balkans is being tried to be tested. This testing of the ground seems to be carried out by some EU member countries. When the so-called non-papers about border changes leaked to the media, none of these countries took the responsibility, preferrring to leave their assertive papers orphaned and playing a shadow game.

As the Center for Eurasian Studies (AVİM), we can state that this is an extremely dangerous game. We are going through times when the Balkans and Europe need more security and stability than ever before. In such a period, it is beneficial to act in restraint and avoid stirring up hard-to-solve problems for the international community.

[1] Teoman Ertuğrul Tulun, “Why Should The Role Of The Peace Implementation Council And OHR Continue In Bosnia And Herzegovina?,” Center For Eurasian Studies (AVİM) 2021, no. 14 (April 6, 2021): 7, https://avim.org.tr/en/Analiz/WHY-SHOULD-THE-ROLE-OF-THE-PEACE-IMPLEMENTATION-COUNCIL-AND-OHR-CONTINUE-IN-BOSNIA-AND-HERZEGOVINA.

[5] AVİM considers the term "Western Balkans" to be a politically motivated separatist terminology and persists on the use of the geographical and historical identification "Balkans" regarding the region.