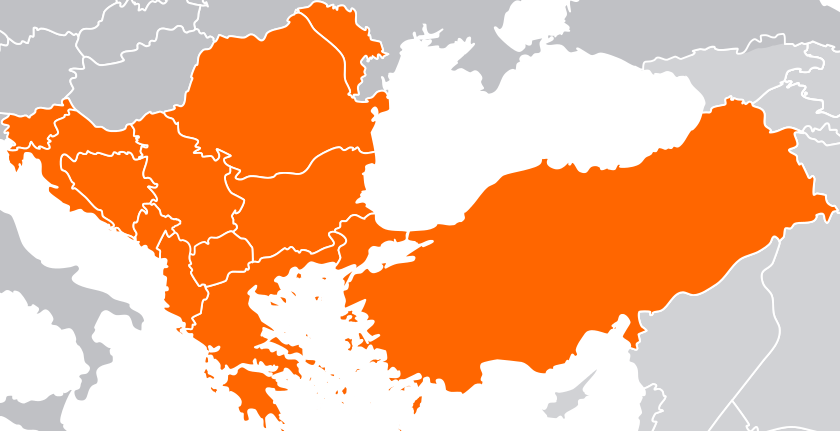 As a Balkan country, the Balkans is a priority for Turkey not only from the political, economic, and geographical perspectives, but also due to its historical, cultural and the human ties with the region. The developments that took place over 2016 in Balkans bear importance not only from the viewpoint of relations with this region but also from the vantage point of integration efforts of the EU with the region, Turkey’s EU membership target, and the overall European security. In this context, it should be kept in mind that this region which lies in the southeast of the European continent is an inseparable part of Europe and cannot be isolated from it. Turkey not only geographically, but also historically and from the point of view of traditions and customs and its social structure is a Balkan country. Turkey’s European identity converges with the other regions of the Europe, especially with the Western and Northern Europe, through Balkans.

It is possible to state that difficulties in ensuring political stability, the efforts exerted by EU, especially by EU member Germany to integrate some of the regional countries to the EU and the migration crisis are at the center of the developments took place in 2016 in the region that carries importance for the European Union, the US, and the Russian Federation. When one refers to Balkans, historically it comes to mind a region in which at the eastern end along with Turkey, Bulgaria and Romania, and at the south Greece are located. The central part of Balkans is comprised of some of the successor states of former Yugoslavia (Serbia. Bosnia-Herzegovina, Macedonia, Montenegro, Kosovo) and Albania. Despite this geographical definition of the region, it is observed that in the context of EU expansion a new terminology with the name of “Western Balkans “has been developed in recent years under the guidance of Germany and Austria.  It is possible to say that the policy promoted by taking base the said terminology created deep divisions in the geographical and historic integrity of Balkans. One can easily see this policy in the documents and in the speeches of especially Germany based EU authorities. For example, the Minister of State for Europe of Germany, Mr. Micheal Rath, in the speech he delivered at the Aspen Institute last October stated that “With the accession of the Central and Eastern European countries, we managed to overcome the former divisions of our continent as a result of the cold war. However, the reunification of Europe will not complete as long as the Western Balkan countries are outside the EU.” In fact, the Heads of Government, Foreign ministers, and the ministers of economy of Albania, Bosnia and Herzegovina, Kosovo, Macedonia, Montenegro Serbia were participated in the Paris “Western Balkans Summit” of 4 July 2016. After 2014 Berlin and 2015 Vienna Summit, in the Final Communique of the Paris Summit it was stressed that the future of the “Western Balkans” lies in the European integration.

This approach, by parting the region from its historical past, creating division and discrimination in the region aims at to exclude the countries having historical role and influence in the region and to compete with the said countries.  The purpose of this approach (mainly engineered by Germany and Austria ) gains clarity in each day.  As it would be remembered, irregular migrant crisis in 2016 which was originated from the problems in the Middle East considered as the most important and vital problem for EU and during the discussions of this issue in the EU the “Western Balkans” was at the center of attention. In fact, the importance of “Western Balkans” in this context was thoroughly examined in the FRONTEX (European Agency for the Management of Operational Cooperation at the External Borders of the Member States of the EU) report of “Western Balkans Annual Risk Analysis 2016”.

There are certain factors the EU must consider in its approach of gradual “partial integration” of the region to the EU by way of fragmentizing the historical and geographical integrity of Balkans. One of these factors is that the region is located at the confluence of three historic empires (Ottoman, Russia, and Austria-Hungary). Hence nearly all the regional countries have their own very close relations with the global powers like Russia and the US of which having historic and economic ties and regional power like Turkey of which having very close historical, cultural and human ties with the region.

By using its economic and political power EU is trying to play a decisive role in the region. For countering this role played by the EU, Russia is using effectively its ethnical and religious ties with the region, its energy related economic power and the advantage of its political power stemming from permanent membership in the UN Security Council. The experience of disintegration of ex-Yugoslavia and Kosovo independence can be considered among the factors that may have influenced Russia to become more active in the Balkans. The special relationship with the Slav/Orthodox countries and communities in the Balkans places Russia into a prominent position. It is possible to clearly observe this prominent position of Russia in Serbia, Bosnia - Herzegovina, and Montenegro. While Germany and Austria try to patronize certain countries and communities in the Balkans, Russia seeks to be the protector of Slav/Orthodox countries and communities in the Balkans.

Turkey has very close relations with the region. The history of these relations exceeds 600 years and the Muslim population in the region consider Turkey as their “second homeland “and shelter in times of distress and crisis. The prominent role played by Turkey especially in Bosnia- Herzegovina and Kosovo testifies to its existence in the Balkans. The most visible example of this phenomenon is the membership of Turkey in the Steering Board of the Peace Implementation Council of Bosnia-Herzegovina along with the Permanent Members of the UN Security Council (United States, United Kingdom, France, Russia) and the EU. In the international community, Turkey is considered as the voice of Muslims in the Balkans. Turkey’s NATO membership also carries importance for its influence in the region.

Following the dissolution of ex-Yugoslav Republic all the balances in the Balkans were altered and at the end of the dissolution process we faced instability. We have learnt through very painful lessons the dangerous effects of instability to the peace. The basic element in ensuring stability in the region must be “inclusiveness.” Security should be valid for all the countries in the region and there should not be discrimination among the regional countries. All the countries of the region should have a chance to integrate into the European institutions. In this context, no artificial barriers should be created. Instead of excluding and competing with the countries that have special relations with the region, there is a need to work together for establishing the peace. What happened in recent history has shown us that selfish competition for supremacy brings out devastation and pain instead of peace and stability. EU has a special role in ensuring stability in the Balkans. After all, the Balkans have a reputation of being the “soft belly” of Europe.

If the EU seeks cooperation rather than competition and prefers unity to animosity, this approach may make more safe the other regions of Europe. At a time when the United Kingdom decided to leave the EU, when the EU consciously drags feet to include Turkey, and when the racism, intolerance, xenophobia are on the rise in the major EU countries, it is not easy to answer a question in positive whether the EU may achieve such a goal.