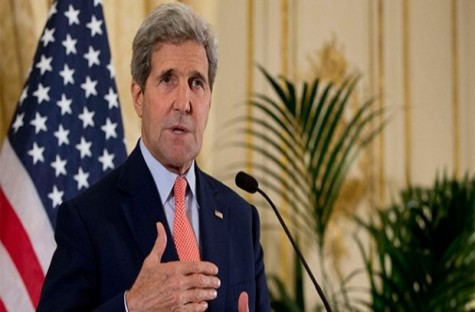 In the summit, the USA and these five Central Asian countries signed the declaration of “C5+1” which was shaped with the intention of forming a new cooperation between the parties and securing their mutual interests.[4] Throughout the summit, the leaders emphasized the importance of cooperation rather than competition, by giving the message that their goal was to form a cooperation that would serve for the parties’ mutual interests.

Apart from Kerry’s visit to these five Central Asian countries, it is also notable that the diplomatic traffic in Central Asia has recently increased at a significant level. In fact, China hosted the German Chancellor Merkel and French President François Hollande. Both of these meetings show China’s importance for the European Union as an economic and commercial partner.

In general, Central Asia occupies an important place in the global political and economic state of affairs. Central Asia consists of five republics (Kazakhstan, Kyrgyzstan, Uzbekistan, Tajikistan and Turkmenistan) which used to be part of former Soviet Union. These countries gained their independence with the dissolution of Soviet Union in 1991.

While the countries mentioned above contributed to the general production of USSR, they were not able to be productive by themselves. Since the dissolution of the Soviet Union, though they gained their independence, they have experienced economic difficulties.

Uzbekistan, Kazakhstan and Turkmenistan partly managed to overcome these economic challenges through their natural gas and petrol reserves. While natural gas and oil exports have helped these countries, Kyrgyzstan and Tajikistan have not been as lucky as these three states in terms of natural resources. That being said, it should be noted that Tajikistan has water reserves that feed Central Asia.

Looking at the distribution of resources in Central Asia, it is notable that the factors that exist in the region support each other.

In recent years, taking into consideration the geographic, political, economic and commercial spheres of the five republics in question, Central Asia constitutes a virgin area. The three actors, namely Russia, China and the United States, view this region in following ways:

Under the leadership of President Putin, Russia, one of the powers that seek to have dominance over the region, incorporated Kyrgyzstan into Eurasian Economic Union as a member on 1 May 2015. Russia’s goal is to integrate the other three countries of the region into the Union as well. Thus, it aims to reconsolidate the economy of former Soviet geography.

John Kerry, the Secretary of the United States - another state that wants to exert its influence though it is not one of the superpowers of the region - visited the five Central Asian republics and met with their ministers of foreign affairs between 28 October and 3 November for the first time. During his visit, Kerry formed very important economic connections with the leaders in question. The leaders entered into agreements especially to develop several projects with regards to transportation, natural gas and oil pipelines.

Putin’s meetings with the head of intelligence of five Central Asian republics prior to US Secretary of State John Kerry’s visit to the region alarmed the United States of America. The activities of Russia and China in this area have become a matter of concern for the USA.

While these economic agreements are signed between the leaders mentioned above, China, refusing to be isolated from the geography, is on the agenda with its Silk Road leading to England. It must be noted that, Turkey is also an important actor in the region, due to its strategic position on the Silk Road.

Though the region bears importance in terms of economics and politics, another significant point is the fact that a number of militants join ISIS from these countries.  Keeping in mind that those militants pose a threat for Central Asia, an effective preservation of the security in the region is as important as the utilization of its natural resources. This is also due to the fact that the returning ISIS militants pose danger for the republics in question.

It is expected that Russia, China and USA will further consolidate their relationships with the countries of the region to take necessary measures against this threat. Such a step will make it possible for the regional and non-regional actors to manage the support to be provided to the region in the fields of intelligence, security, political and economic development in a well-balanced manner just like the management of the resources in the Central Asia by the above-mentioned five Central Asian countries by pursuing a balance policy. Within this context we can cite as an example of Russia’s initiatives in security and economic issues or, quite similarly, China’s efforts to become a controlling power in the region through the SCO support and the Silk Road Project. As an extraterritorial actor, USA manifests its former presence and its unwillingness to lose the dominance in the region. The biggest example of this is the fact that USA continues to have a presence in Afghanistan. Though the security issue is the primary concern for the three powers in question, they still seek to gain dominance over the region.

The Geopolitical Importance of Turkey In Europe and Central Asia

China is a shining star not only in Central Asia, but in the global politics. It is clearly a rising power in terms of economics, politics and military. The Silk Road Project is the biggest indicator of this. Turkey is another actor that occupies a strategically important place on the Silk Road. Thus, Turkey, at the tip of Europe in the East, occupies a position in Eurasia that cannot be ignored. It also occupies a crucial position as a country where, apart from the Silk Road, a significant part of Baku-Ceyhan- Tiflis oil pipeline passes through. These projects further strengthen the international position of Turkey. In fact, Turkey’s geopolitical importance is that of a vital vein that cannot be left out from the framework of neither Europe, nor Asia. By the same token, Europe and Asia bear importance for Turkey. Turkey, having a desire to continue to have negotiations with Europe, has also generated close relationships with Central Asian countries with which it has cultural, traditional, and lingual ties. Thus, geographically, it occupies a central position.

Due to the projects and the actor’s interest in the region, Turkey should review its relationships with the Central Asian republics and show that it is a promising partner especially for the five Central Asian countries in question.