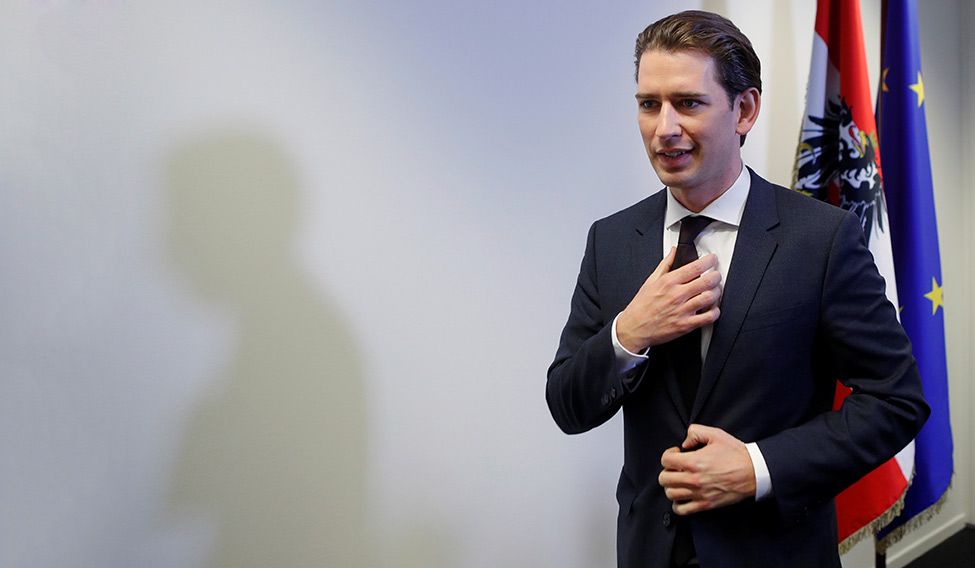 In a period of rising far right movements across Europe, and increasing xenophobia, racism, and religious separatism, Austria as a country has allowed a far right party to assume political power. Beyond the reactions of Muslims and some European countries, it is noteworthy that this situation has not been openly criticized by the European Union (EU). Especially with the arrival of asylum seekers to Europe, xenophobia and anti-Muslim opposition in Europe have become even more pronounced, and this problem is becoming more serious by the day. In recent years, Europe has been giving the impression of a continent in which extremist right-wing parties which have risen in politics with their nationalist rhetoric. The fact that the EU does not take a clear stance on this issue as it had done in the past is a concerning development.

Since the beginning of last week, the news of the far-right’s triumph in Austria has been a source of anxiety amongst Turkish people, Muslims and asylum-seekers living in Europe. This comes on top of a controversial law regarding foreigners that entered into force in November in Austria.[1] The said law, which stipulates harsh penalties for the asylum seekers, was introduced to the public by the Austrian Minister for Interior Wolfgang Sobotka. One highlight of the law is that it stipulates a 15,000 Euro fine for those who refuse to leave the country despite their application being rejected and for those who attempt to enter the country again despite having been deported. In April 2016, the Austrian police’s authority to arrest, detain, and deport asylum seekers has been enforced through the enactment of a related law.[2] Even though EU member states and the United Nations (UN) have criticized Austria's strict asylum-seeking policies, it is possible to say that far right populism, which is already on the rise, is gaining more and more strength.[3]

The situation has reached such a level that the populist leaders of the right-wing parties gathered in Prague on last Saturday (December 16, 2017).[4] The leaders of the European Parliament's Europe Nations and Freedom (ENF) party were invited to the meeting. Germany's right-wing party, Alternative für Deutschland (AFD) did not join the meeting. However, the leader of the National Front of France, Marine Le Pen, and the leader of the Liberation Party of the Netherlands, Geert Wilders did attend the meeting. The meeting was hosted by the leader of Freedom and Direct Democracy Party of Czech Republic Tomio Okamura. Okamura is known for his social media posts calling for people to have pigs walk around mosques and that people should avoid shopping from Muslims in the Czech Republic.[5] In the said meeting, Okamura took his racist and anti-Muslim rhetoric even further by claiming that Europe is in danger of being colonized by Muslims. The meeting, organized in conjunction with slogans linking global terrorism and Islam, has been protested by thousands of people.[6]

In the recent parliamentary elections in Austria, the People's Party (ÖVP) under Sebastian Kurz’s leadership, who was elected as the youngest leader in the world, won 31.6% of the votes. The other party of the coalition, the far-right Freedom Party of Austria (FPÖ), received 26% of the votes. In the coming period, the government is promising to toughen its migration policies. In addition, the government announced that they are against Turkey's EU membership. ÖVP and FPÖ have made a press briefing, stating that in the next 5 years, they will work to strengthen Austria’s social structure and to provide the change and transformation needed by the Austrian people.[7] Similar to today’s situation, 17 years ago, FPÖ had established a coalition government with ÖVP, which resulted in European governments imposing diplomatic sanctions on Austria.[8] It should be noted that neither Europe nor Austria’s other partners are raising a strong voice as they used to do in the past. In the past, for example, the Israeli Foreign Minister David Levi had reacted to the rise of FPÖ's votes, stating that Israel could end diplomatic relations with Austria. Similarly, the EU had been appalled by the strengthening of the far-right in Austria. However, it seems that such reactions are no longer valid. This time, on December 19, 2017, Israel announced that it would continue its diplomatic relations with Austria.[9] Moreover, the British and Irish leaders and the European Parliament President Antonio Tajani were among the first to congratulate the coalition in Austria.[10] Similarly, the President of the European Council Donald Tusk stated that he “congratulated [the coalition] with the warmest feelings”.[11] However, it has been stated by academics that this situation will be a problem if the EU’s decisions about asylum seekers contradict with that of Austria’s. Among those who are concerned is the left-wing SPD in Germany, which, noting Kurz's connection with the far-right government in Hungary, expressed that “Austria-Hungary is back.” Italy, meanwhile, stated that far-right parties coming to power in Austria was not good news. The World Jewish Congress is also among those showing its reaction to the far-right coalition government in Austria. The Ministry of Foreign Affairs of the Republic of Turkey, on December 17, published a press release regarding the statements in the program of Austria’s new government that foresees ending EU accession negotiations with Turkey and looking for allies for this purpose. Turkish Foreign Ministry’s press release indicated that if there is an attempt to be put into effect such a policy, Austria will receive the appropriate response within the framework of the principle of reciprocity.[12]

The rising far-right parties in Austria and the xenophobic populist rhetoric of today are, it can be argued, a continuation of the Nazi mindset that became a nightmare for not only Germany and the Jewish people, but also the world. Having had an important role in the birth of Nazism, today, Austria is commencing a new era in right-wing populism and xenophobia sweeping across Europe. The danger posed by this development is extremely distressing. What is even more distressing is the lack of a proper negative reaction expressed from international actors and organizations, unlike what had been expressed in the past. This has become a frightening situation for asylum seekers who are attempting to carry out their lives in Europe. The Turks and Muslims living in Europe are also faced with a similar frightening situation. Europe is expressing concern about terrorism at every opportunity, but the overlooked terror caused by the rising far-right movements and xenophobia is steadily strengthening discriminatory, exclusionary, and derogatory mindsets.

[12] "No: 387, 17 December 2017, Press release regarding the statements in the program of the new government of Austria to end the EU accession negotiations with Turkey and to look for allies for this purpose ", T.C. Dışişleri Bakanlığı Güncel Açıklamalar, Aralık 17, 2017, http://www.mfa.gov.tr/no_-387_-avusturyada-yeni-kurulan-hukumetin-programinda-abnin-turkiyeyle-muzakereleri-kesmesi-icin-muttefikler-aranacagi-yolundaki-ifade-hk.tr.mfa.