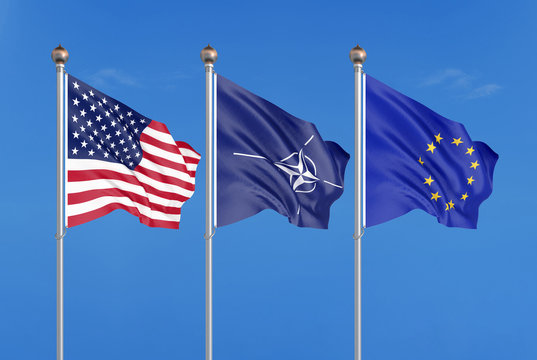 The German Defense Minister Annegret Kramp – Karrenbauer stated in mid-November of last year that “Without the nuclear and conventional capabilities of the United States (US), Germany and Europe cannot protect themselves. These are the sobering facts”[1]. The fact that she expressed this so clearly is another sobering fact. It is understood from this that Europe is not self-sufficient in the field of defense. This situation requires a different approach for the "European army" idea. Kramp – Karrenbauer emphasized that if the US military presence disappears, a military presence that can replace it needs to be mentioned. However, French President Emmanuel Macron does not agree with this view; he has made it clear that he supports a fully independent European defense strategy[2].

Apart from the indecision of Europe, the desire of the US to keep military existence in Europe alternates from president to president. Apart from the US, on 14 September 2016, former President of the European Commission Jean-Claude Juncker had stated that it would be a mistake for Europe to rely on the military power of others. The French military presence in Mali reveals the desire of the EU[3] to take part in the Sahel Region[4]. Of course, for this, Juncker also emphasized that the European defense industry needed to act in an innovative manner. It was for this reason that he put forward the idea of the European Defense Fund.

In the coming era, EU and US making decisions in support of each other will not be surprising from the viewpoint of Turkey. Since while the EU threatens to impose sanctions on Turkey, similarly, US’ pressure on Turkey through its Countering America's Adversaries Through Sanctions Act (CAATSA) sanctions is also an indicator for this. Countries to which sanctions are applied within the framework of CAATSA are Russia, Iran, China, and North Korea, which are not members of North Atlantic Treaty Organization (NATO). It is worth noting here that the NATO acts under the influence of the US and the EU. The EU’s decision at the EU summit declaration on 10 - 11 December to implement the sanctions against Turkey at the individual level can be considered as a positive development for Turkey. As is known, the EU, primarily France, has pursued the goal of restricting Turkey’s entire activities in the Eastern Mediterranean. Taking it even further, they have accused Turkey of failing to act in accordance with international law[5]. Especially France's opinion on this issue has not changed. France's European Affairs Minister Clement Beuaune has clearly demonstrated his opinion by stating that Turkey should be subjected to sanctions on the Eastern Mediterranean issue[6]. However, it was observed regarding the decisions taken that the EU went back to the decisions it took the at the Summit held in October 2020. As a result, the EU has given itself time until March of this year to take a more comprehensive decision. The problem here is the EU's lack of a concrete strategy regarding Turkey[7]. The most obvious indicator of this is that, currently, the EU does not even mention Turkey's candidate status[8]. It is not surprising that the EU has voiced that the US is an important partner, especially regarding the subject of the Eastern Mediterranean. Following Joe Biden becoming the President-elect of the US, the coordination between the US and the EU has drawn attention. The statements of the German Defense Minister Annegret Kramp - Karrenbauer at the beginning of the article make sense when the whole process is taken into consideration.

As will be remembered, on June 2020, NATO Secretary General Jens Stoltenberg had criticized the US for the US’ military withdrawal from Germany. Preserving the US’ presence in Germany is one of NATO's priorities. The presence of the US in Germany is also important for the EU’s security. Former US President Donald Trump's statement on the withdrawal of the US troops was not in line with NATO's interests[9]. Today, emphasizing the importance of the US for the EU is vital to remind the importance of cooperation in NATO, especially after Macron's statements trying to discredit NATO[10]. The US military presence in Germany has been going on since 1954. Another situation that is not new was that the French Parliament did not approve the European Defense Community (EDC) in 1954, which also supported NATO. Macron continues the same French attitude as it was 66 years ago by emphasizing a European Defense Strategy which will be formed independently of NATO and which does not include the US.

NATO is one of the architects of the EU's existence today. The raising of voices that deny NATO's presence within the EU will not affect NATO's influence and importance. NATO's presence also affects the decision-making stages in the EU. NATO carries the responsibility of preventing irreversible decisions by recalling the key role of states that have strategic importance such as Turkey.

[4] France, which initiated Operation Serval on 11 January 2013 against the political instability and groups connected to Al Qaeda in Mali, aided in the recapturing of the Mali government’s Northern lands (including the cities of Timbuktu and Gao) from radical Islamist insurgents. However, the increasing number of conflicts in the Sahel region (Senegal, Mauritania, Mali, Burkina Faso, Niger, Nigeria, Chad, Sudan, Eritrea) have led to the deepening of the deadlock. There are between 4 and 5 thousand French soldiers situated in this region. Due to the United Nations (UN) peace-keeping troops of around 10 thousand not being able to establish control in the region, the French military has been situated in the region (Alaattin Doğru, “Fransa’nın Afrika’daki Askeri Varlığı: Sahel Etabı”, Anadolu Ajansı, 10 April 2019, https://www.aa.com.tr/tr/dunya/fransanin-afrikadaki-askeri-varligi-sahel-etabi/1447611).