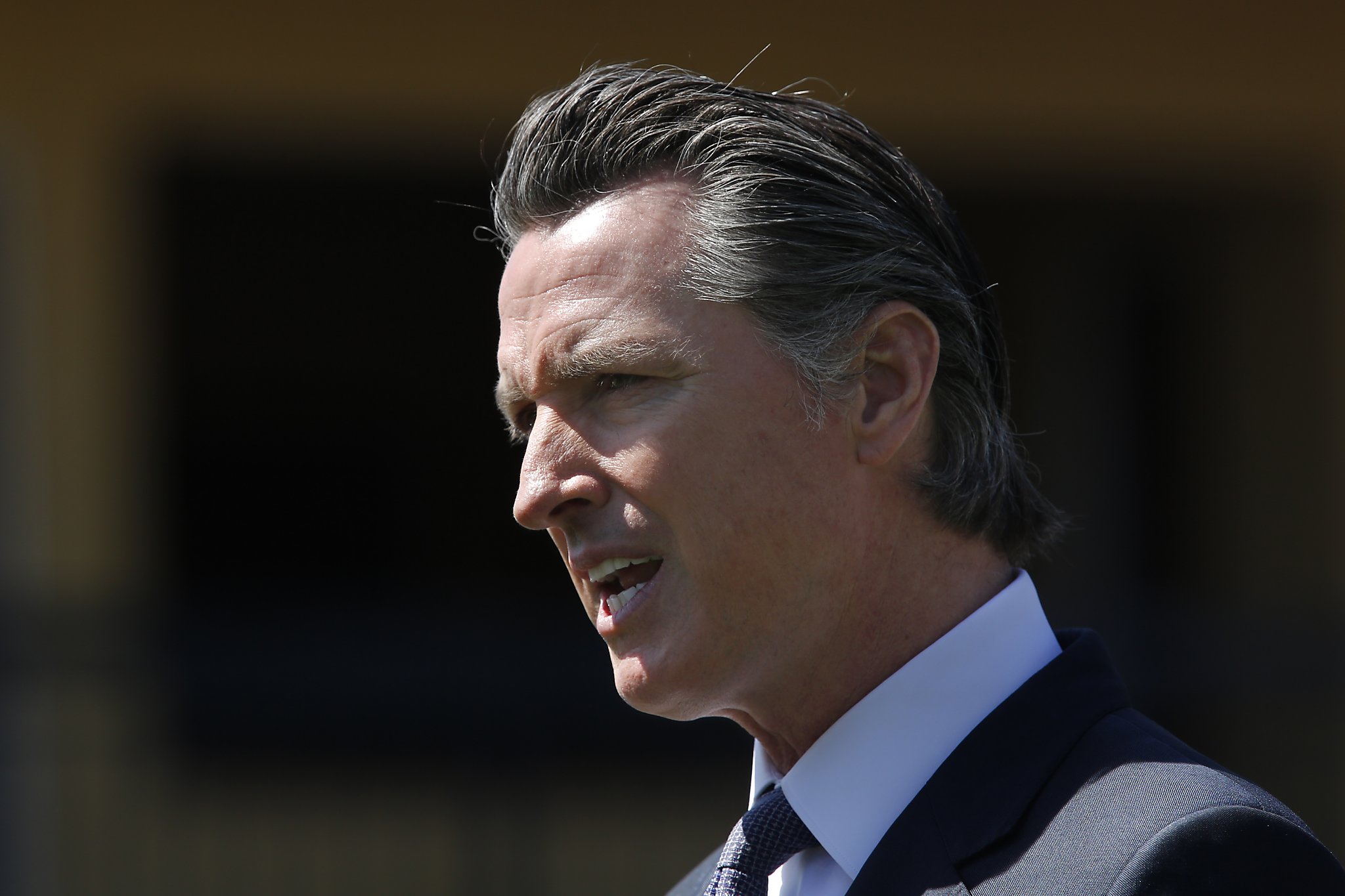 April is considered as an important month for Turkey and Turkish foreign policy. In our history full of victories, there exists a date for which efforts are made to prevent to emerge into day light, which is 24 April. Turkey has repeatedly proposed to form a joint commission composed of Turkish and Armenian historians to investigate the 1915 events. However, this proposal has always been rejected by Armenia and the Armenian diaspora, which disregards insulting the legal concept of genocide. Indeed, this attitude proves that the sorrows of the communities suffered from "genocide" is disregarded. The mentality that produced 24 April distorts the history. More importantly, it is disappointing that head of states of some countries, who have influence in the world politics, have pronounced 24 April as national commemoration day in their own countries without questioning the facts. This attitude of the countries reveals the truth about their actual purpose; to cover their dark history[1].

24 April is an invention of the Armenian Diaspora, trying to overcome their identity crisis by making Turkey responsible for this crisis. Like the efforts to spread the invented date, the thought of spread is bloody, either. This aim did not emerge in 1915 all of a sudden. The attacks of gangs, blinded by the promises of other states, damaged the cement that kept the Ottoman society together. This situation has also weakened all social and cultural riches of the Ottoman Empire, including Armenian citizens.

The Hinchak Committee Party adopted the Marxist ideology. The purpose of this organization is to make so-called “Armenia-in-Turkey” politically independent. This structure, standing out as a “political party”, has organized many terrorist events and riots over time. People and gangs affiliated with this organization continued their activities after fighting against the Ottoman forces in the WWI and became a political party. The Hinchak Committee Party still exists today, but it has lost its influence. The country where it is most effective is Lebanon[2].

Another organization is the "Armenian Revolutionary Federation", known as the Tashnaksutiun Party, today. Tashnaksutiun Party was founded in Tbilisi in 1890 with the gathering of various revolutionary organizations. Tashnaksutiun, adopting a racist discourse, is far from their original claim to be a “socialist party”. Recognition of 1915 events as genocide and dreams of “United Armenia” are among the main political goals of the Tashnaksutiun Party[3]. Tashnaksutiun Party charter openly states that terrorism will be used as a tool to make their voices heard. Forming gangs and arming racist Armenian gang members are among the purposes in the charter. After the Sovietization of Armenia, the activities of the Party were banned and the party lost all its influence. Despite this, the Tashnak Party continued its activities as the main Armenian political organization in the diaspora. When Armenia gained its independence again in 1991, the Tashnak Party started its activities in Armenian politics, once more. Although the Party was closed due to its harmful activities in 1994, it was allowed to reopen in 1998 by Prime Minister Robert Kocharyan. Later on, the Tashnak Party started to take part in the governments of Armenia[4].

Lebanon has an important role in the formation of the Armenian identity. As a matter of fact, the date of 24 April was commemorated in Lebanon in 1965 for the first time in the world. It is not a coincidence that Armenian terrorism started to show itself after this date, in 1973.

In 1975, Armenian Secret Army for the Liberation of Armenia (ASALA) was established by Lebanese origin Armenian Agop Agopian. In addition, the establishment of Justice Commandos for the Armenian Genocide (JCAG) terrorist organization coincides with this period. ASALA ve JCAG members started to be trained in training camps in Lebanon.

Since they martyred our first diplomats, “revenge” rhetoric has become the slogan of every racist Armenian aggressor. They see their own activities not only as “revenge” but also, they portray their goal as the "sacred duty" for next generations. This discourse was repeated on 27 January 1973 in California, Los Angeles, Santa Barbara by Consul General Mehmet Baydar and Consul Bahadır Demir's murderer Gourgen Yanikian. Yanikian was not the only one who reveal himself as a hero. On January 28, 1982, Consul General Kemal Arıkan was murdered in Los Angeles by terrorist Hampig Sassounian, a member of JCAG. The aforenamed, remorse aside, by saying "I would do it again if I had another chance", expressed his hatred towards Turkey and Turkish people[5]. Hampig Sassounian is a member of Armenian Youth Federation (AYF) and a member of JCAG.

The AYF is a foundation of the Armenian Revolutionary Federation, namely today's Tashnak Party. On November 21, 1998, the President of the Armenian National Committee in America (ANCA), Mourad Topalian, addressed over a hundred Armenian Youth Federation members at the Glendale Armenian Center. Back in the day, Topalian, as an active member of AYF, had organized the protest movements concerning the relations among the Soviet Union[6], the United States and Turkey. Explaining the importance of AYF in the activities of the Young Armenians, Topalian states that the youth will be the new revolutionaries. Topalian added that, one of the aims of ANCA was to halt the military aids from the United States to Turkey. In spite of Topalian’s statements, it is undoubted that the main known purpose of ANCA is the recognition of the so-called Armenian genocide by the US governments[7].

AYF and JCAG member Sassounian, who was found guilty for the murder of Turkey’s Consul General Kemal Arıkan in Los Angeles, repeatedly requested for parole, since 1982. Sassounian's parole requests were rejected number of times until the last months of 2019. In this context, the “Hampig Sassounian Defense Fund”, directed by the Tashnak Party, was established and Sassounian's parole was tried to be accelerated with the fund planned to be raised. The request for release was accepted at the hearing held in California, on 27 December 2019. The decision is subject to the approval of California Governor Gavin Newsom. The request for parole has been submitted to the governor's discretion after approximately 120 days and legal procedures. Governor Newsom has to decide by the end of this month. If Governor Newsom does not cancel Sassounian's release order, Sassounian will be released. Nowadays, this decision has another importance. Due to the COVID-19 global pandemic, there is an opinion in the press that a lot of prisoners should be released in California. This is undoubtedly closely related to the situation of Sassounian. If the release order for Sassounian is approved, this development may pave the way for the release of other prisoners[8].

In any case, Governor Newsom's decision at the end of this process will have a significant effect on the trust of the Turkish people living in the US, to the country they are part of. A positive decision with the influence of current politics and pressure by interest groups aiming to weaken Turkey-US relations will not only negatively affect Turkey-US relations, but will also deeply upset Turkish people who are living in the United States[9].

For Armenian diaspora still not being able to find its identity, to try to defame other societies and determine a target enemy is quite normal. Turkey is the ideal target for such a purpose. It is clear that the diaspora will no longer follow a different path. The positive conclusion of the Sassounian case raises the possibility that it could create a precedent. The resulting glorification of terrorist and those who serve terrorism cannot serve any positive purpose. In this context, Governor Newsom has to make his decision very precisely.

24 April is being tried to be attached between 23 April, the date Great Leader Mustafa Kemal Atatürk presented to the children of the world with the feelings of peace and brotherhood, and 25 April, the date we celebrate Çanakkale Victory, as a black stain in Turkish history. This course of action will probably harm Armenia and Armenian Diaspora instead of Turkey.

[6] It was taken as written in the aforementioned source.