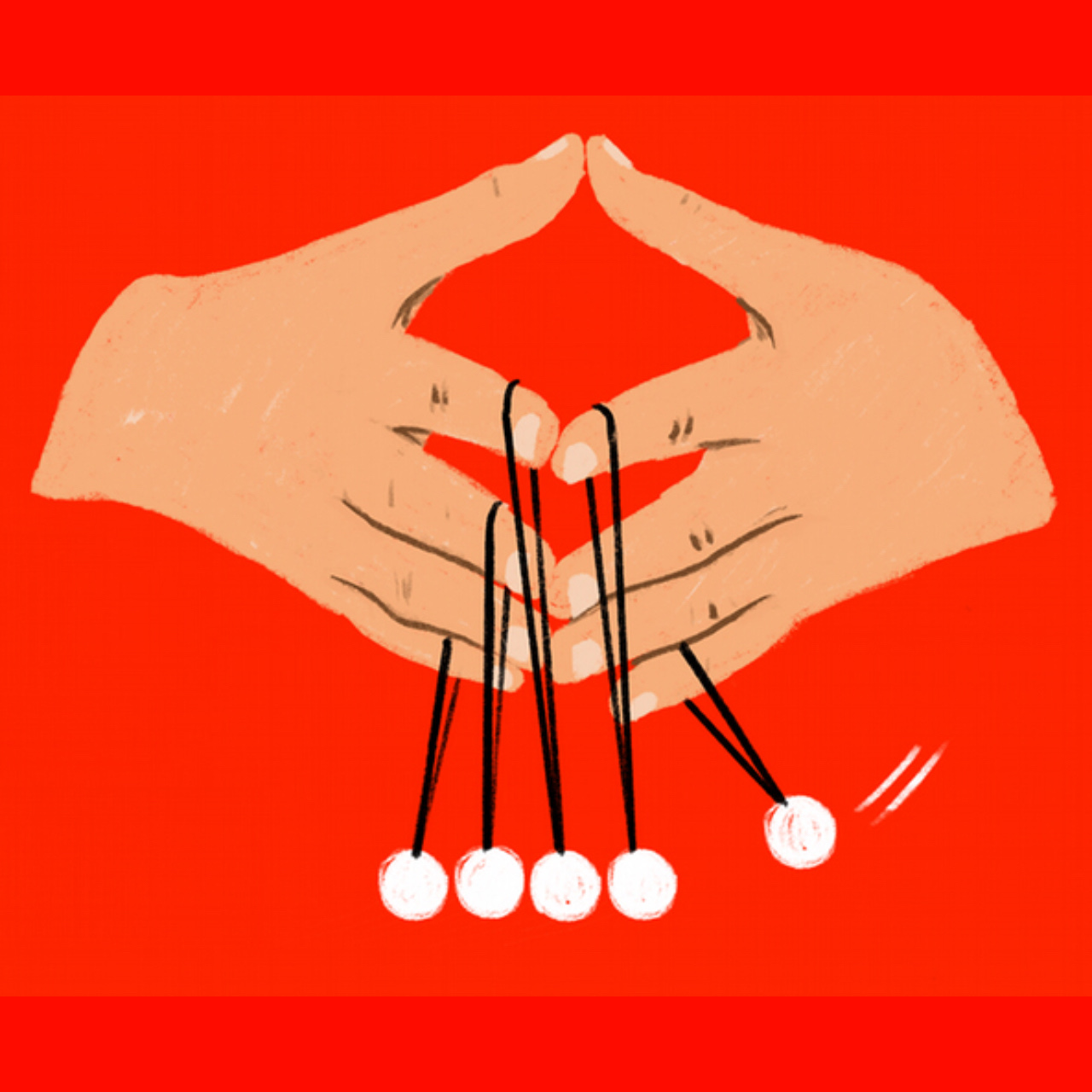 The year 2021 started with the echo of the German elections. In the general elections that will take place on September 26, 2021 in Germany, Angela Merkel did not stand as a candidate this time. In this analysis, Merkel, who has been sitting in the Chancellor’s seat since November 22, 2005, possible successors of Merkel and Merkel's Turkey-Germany relations stance during her period will be discussed.

Angela Merkel is the first female Chancellor in German political history. Angela Dorothea Kasner was born in Hamburg in 1954. Merkel's parents are Herlind and Horst Kasner. His father is a German Protestant theologian, and his mother is a teacher of Latin and English. After Merkel was born, the family moved to East Germany, contrary to the general trend of moving from east to west. They moved to Templin in 1957 and Angela Merkel finished high school there in 1973. In the same year, she studied Physics at the then Karl Marx University, now the University of Leipzig. She met her husband, Ulrich Merkel, here. After graduation, she worked as a lecturer at the Zentralinstitut für Physikalische Chemie (ZIPC) – Central Institute of Physical Chemistry of the Academy of Sciences in East Berlin in 1978. She received her doctorate degree in 1986 with her thesis on quantum chemistry[1].

Her academic studies on positive sciences did not prevent Merkel from being interested in politics. Like most young people who grew up in East Germany, Angela Merkel also joined youth organizations. She became a member of the Young Pioneers (Pionierorganisation[2] „Ernst Thälmann“) in 1962 and later joined the Free German Youth (Freie Deutsche Jugend) in 1968. Her ties with youth organizations have led her to become at odds with her colleagues at ZIPC.

After the fall of the Berlin Wall in 1989, Angela Merkel joined the Democratic Awakening (Demokratischer Aufbruch), its name later changed to the Christian Democratic Union of Germany (CDU, Christlich Demokratische Union Deutschlands). Merkel became the party's spokesperson in 1990. Merkel joined the CDU on the same dates, the day before the Berlin wall came down[3].

In the first elections after the wall came down, Merkel took her place in the Bundestag. In 1991, Chancellor Helmut Kohl appointed Merkel as minister for women and youth. On April 10, 2000, Merkel was elected chairman of the CDU. Thus, she became the first woman to lead the party, the first of East-Germany origin, and the first "non-Catholic" person.

On September 26, 2021, Angela Merkel's 16-year term as chancellor will end. First, we can briefly recall the possible candidates to replace Merkel and the policies they will follow.

Germany's chancellor candidates and their promises

Armin Laschet, the candidate of Merkel's party, the Christian Democratic Union (CDU), is also known as the "Turkish Laschet". Laschet, known for praising the Turks who came to Germany from Turkey, stands out as a unifying name for many people. Although Armin Laschet paints a Turkish-friendly image, he is a politician who does not favor Turkey's accession to the EU. Laschet is also known for his pro-Union (EU) views.

Laschet is one of the few politicians who supported Merkel on the refugee issue in 2015. In this process, there were differences of opinion between Angela Merkel and Armin Laschet due to their pandemic practices and decisions.

Laschet grew up in Aachen. He is a devout Catholic. After studying law, he worked as a journalist and later had his place in politics[4].

Social Democratic Party (SPD) leader Olaf Scholz surpassed both Laschet and Green Party candidate Annalena Baerbock in the polls conducted at the beginning of August. Although Olaf Scholz appeared ahead in the survey results, more than a third of the respondents said that they want none of the three candidates. This result is remarkable. The CDU, which has been a leader for 16 years in survey results, fell behind the SPD for the first time.

Olaf Scholz has served as mayor of Hamburg and Minister of Labour. He makes promises such as housing benefits and increasing the minimum wage. These promises seem convincing to the electorate.

He is also known for his respect for the discipline of Wolfgang Shaüble, whom he took over during his term as Minister of Finance.

In terms of Turkey, in general, the SPD has openly stated that it observes both the domestic and foreign policy of Turkey with concern. Another remarkable point is that the SPD’s party policy does not include Turkey's EU membership negotiations[5].

Green Party candidate Annalena Baerbock emphasized that "the future should not be left to its fate" after the United Nations (UN) climate experts' critical report on the acceleration of global warming. With climate change, which has become one of the most important problems in the world, the Green Party is an important political voice that has come to the fore. For this reason, Baerbock has made a name for herself as a compelling candidate, albeit temporarily.

Standing out as a young candidate for chancellorship, Baerbock presents herself as a "new breath" after Merkel's conservative rule. On the other hand, Baerbock seems to have damaged her credibility with plagiarism accusations.

Like Laschet, Baerbock has adopted an open-door policy regarding asylum seekers. This point of view was met with skepticism by the CDU-CSU.

Known to be a supporter of the Union, Baerbock is a member of a self-described "activist" family near Hannover. While she wanted to be a war correspondent in her youth, she started her political career after her internship in Brussels[6].

Turkey-Germany Relations in the Merkel Period

Angela Merkel goes down in history as a politician who left her mark on the internal and external relations of the European Union during her 16-year rule. However, especially when looking at the current developments, Merkel's legacy and Merkel's commemorative aspects in history are not very bright. Because she has been an important actor in the fact that the EU is a “Fortress of Europe” and that Europe cannot provide unity within itself, but also, she pursues a policy of isolation against the outside.

For Turkey, this is an obvious situation. Merkel spoke openly, leaving no room for hesitation, about not including Turkey in the European Union. She said that Turkey has no place in Europe and that an "open-ended" relationship can only be established. The strongest reason here is not that Turkey is not "competent" for EU membership under objective conditions. Considering the other members recently admitted to the EU, it leaves no room for doubt that as a necessity of the coalition’s stance it represents stem from the prejudiced attitude of the party and the religious base it represents against a country that is predominantly Muslim population.

In this respect, in Turkey's eyes, she can be regarded as a bigoted, conservative politician who essentially harms the development and strengthening of the EU.

Another example is Merkel's dividing Europe within herself and initiating a concept called "Western Balkans". As Merkel finally expressed in Belgrade on September 13, 2021 (Monday), the EU wants to include Serbia, Albania, North Macedonia, Bosnia and Herzegovina, Montenegro and Kosovo as members, but this process will take time. Even /Even this statement of Merkelcan be considered as an admission of why/how the EU immediately accepted Bulgaria and Romania into the EU under Merkel's leadership in 2008. She said that the countries mentioned today, in order to draw the eastern border of the EU and exclude Turkey, could not be a part of the accession process yet[8]. It has been noted by Turkey that Merkel took the lead in creating artificial divisions by dividing even the Balkans and excluding Turkey geographically from the Balkans.

[2] Ernst Thälmann is the former leader of the German Communist Party. This organization is a sub-branch of the Free German Youth Organization.

[7] Meinardus, “Turkey in Germany’s 2021 elections – as reflected in the parties’ manifestos”.