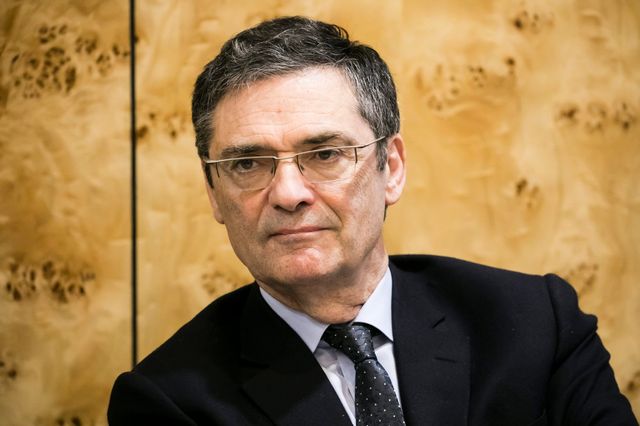 Patrick Devedjian, born in 1944, passed away on 29 March 2020 due to COVID-19. It is not in the habit of AVİM to rejoice of the death of anybody. However, death does not exonerate a person of Devedjian’s disturbing past.

Expressing far rightist ideas as early as high school, Patrick Devedjian was a co-founder of the neo-Fascist organization Occident in 1964. Occident is known, to this day, for its physical clashes with left-wing students and was eventually banned in 1968. Devedjian himself was sentenced in 1965 for illegal possession of a gun and for having stolen a car.[1] In January 1967, he participated in an extremely violent attack on the campus of Rouen University and he was, as a result, sentenced again, together with other members of Occident. Wrongly considered an informant of the police, he was tortured by several of his comrades after the raid and escaped, completely naked, by jumping from the window to the street, where he was arrested.[2]

Far from having renounced neo-Fascist activism, Devedjian became the treasurer of a public relations group established by François Duprat (an ex-leader of Occident, also considered an informant and excluded from the organization at the same moment as Patrick Devedjian) to spread the triangle anti-Semitism-anti-Zionism-Holocaust denial in the French far right. Indeed, around 1967, the majority of the French far right was still indifferent to Holocaust denial and supportive of Israel, perceived as a nation of peasants-soldiers bravely fighting the Arab allies of the Soviet Union: Nasserist Egypt and Baathist Syria. Devedjian remained a friend of Duprat until he was assassinated in 1978.[3]

Returning to his law studies, Patrick Devedjian become a lawyer at the Paris bar. During the winter of 1979-1980, in conditions that remain not completely clear to this day, he began to defend Armenian terrorists—free of charge, by full approval of their criminal actions. He first defended Max Hraïr Kilndjian, a member of the “Justice Commandos of the Armenian Genocide” (the terrorist organization established by the Armenian Revolutionary Federation-ARF in 1972[4]), arrested in Marseille for the attempt of murder against the Turkish ambassador in Bern, Doğan Türkmen. It must be emphasized that during the two-day trial, a crowd of 2,000 members and supporters of the ARF was inside and around the court in Aix-en-Provence, openly threatening the jury at the end of the second day. As a member of this crowd, Franck “Mourad” Papazian explained in Haiastan (February 1982, p. 14), this crowd “surely influenced the jury’s decision” and it was “better not to think about” what the crowd would have done in case of a sentence longer than the two years already spent in preventive jail.

A journalist, making no secret of his indulgence for Armenian terrorists and very well introduced to its supporters, considers that M.H. Kilndjian received the order to be arrested in France, the aim being to obtain an acquittal or at least a very lenient decision, on the model of the acquittal of Soghomon Tehlirian, the murderer of Talat Pasha for reasons of mental inanity in 1921.[5] In fact, Tehlirian was mentally sane, was never forcibly relocated (he joined the Russian army directly from Belgrade in 1914), never was the witness of any massacre, and never had a sister. As such, he lied from the beginning to the end during his trial.[6] During the Kilndjian trial, Devedjian explicitly justified Armenian terrorism and called it a “resistance,”[7] an extremely ironical word for a neo-Fascist defending a member of a party which collaborated with the Nazis.[8]

In June 1981, Devedjian was designated by Mardiros Jamgotchian, a member of the “Armenian Secret Army for the Liberation of Armenia” (ASALA) and the assassin of Mehmet Savaş Yergüz, Secretary of the Turkish Consul in Geneva, to defend him. Even more than during the Kilndjian trial, Devedjian centered his defense on the justification of Armenian terrorism, this time in front of the Geneva court. He referred, one more time, to these crimes as a “resistance.”[9] Both during the Kilndjian and the Jamgotchian trials, the fake documents published by Aram Andonian in 1920[10] were used by the defense. In both cases, the plaintiffs’ lawyers were left without any argument on 1915, but unlike in Aix-en-Provence, in Geneva, there was no threatening crowd. As a result, M. Jamgotchian was sentenced to 15 years in jail. From their arrest, in July 1982, to their trials (first-instance, then appeal) and conviction in 1985, Devedjian was also part of the defense team of the members of ASALA’s logistic network in France.[11]

On 7 January 1983, during an interview given to the Turkish magazine Nokta, and printed in the issue of 7 March, Devedjian advocated a new wave of terrorism to spread the idea that the Turkish Airlines was dangerous way to travel. Less than two months later, a travel agency specialized in tourism in Turkey was ravaged by a bomb of ASALA (one secretary, Renée Morin, was killed).[12] Then, on 15 July of the same year, it was the Orly Airport attack. Eight people were killed, and actually, the bomb was designated to explode in the airplane, namely to murder 117 persons—a figure no different from the terrorism practiced by DAESH (ISIS) of today. Because of his clumsy admittance of his knowledge of ASALA’s future attacks, Devedjian did not take part in the defense of the ASALA members judged for the bombing itself (second Créteil trial, February-March 1985), for having been part of the new logistic network established after the arrests of July 1982 (first Créteil trial, December 1984) or for concealment of a criminal, namely Soner Nayir, the maker of the Orly bomb (Bobigny trials, 1985). Regardless, he stated the following to The Armenian Reporter (6 June 1985, p. 2), well after the Paris and Orly attacks; “They call it terrorism, I'm calling it resistance. I defend these boys because they are Armenians in revolt.”

Until the end of his life, Patrick Devedjian continued to justify Armenian terrorism, and to take a particular pride in the result of the Kilndjian trial, being silent, of course, on the explicit threats to lynch the jury at the exit.[13] In continuity with the physical terrorism, Devedjian was a staunch proponent of intellectual terrorism, being on the front line to support the Masse bill (adopted in October 2006 by the French National Assembly, but rejected by the Senate in May 2011), supposed to criminalize the “denial of the Armenian genocide”, then of the Boyer bill (censored by the French Constitutional Council[14]). In particular, on 24 January 2012, on La Chaîne parlementaire (LCP), he affirmed that “France had a territory [Çukurova in Turkey] under its mandate, administrated this territory, from 1916 to 1922.” This is entirely false: France never received a mandate on Çukurova but on Syria and the occupation (different from a mandate) of Çukurova did not begin in 1916 but in 1919. During this occupation, the Armenian legionnaires committed countless crimes, leading to a series of sentences and purges in 1919, then to the pure and simple dissolution of the Armenian Legion in summer 1920.[15]

Another aspect of Patrick Devedjian’s intellectual terrorism was his obsession for Bernard Lewis,[16] in sharp contrast with his silence regarding the similar conclusions defended by non-Jewish scholars, such as Robert Mantran (who was professor of Turkish history at Aix-Marseille University) and Xavier de Planhol (who was professor of historical geography at Paris-IV University). Considering that he was still refusing to express any kind of regret for his years in the neo-Fascist group Occident in 2005[17] and that he never claimed any remorse for his common fight alongside François Duprat, it is difficult to avoid the issue: what could have motived Devedjian’s obsession with B. Lewis other than pure anti-Semitism?

In these conditions, the reader may wonder why a man like Patrick Devedjian with such a past and such ideas could have been a member of the French Parliament and a minister of President Nicolas Sarkozy. There are two main reasons. The first is that Georges Albertini (1911-1983), the man of the most anti-left part of the big business in France from the 1950s to the end of 1970s, gathered former Occident members to promote them both at the benefit of the private sector (looking for determined anti-Communists) and of the parliamentarian right-wing parties, sorely lacking educated young officials during the 1970s.[18] Initially helped by Albertini, Devedjian became an indispensable man for the parliamentarian right in its conquest of the Parisian suburb during the 1980s, a sector where a certain Nicolas Sarkozy became his friend.[19] The second is that the Turkish side and its supporters never made a communication campaign sufficient to prevent Devedjian from elevating himself in French politics. It was a particularly unwise lack of activity, as Devedjian had a lot of enemies, from the far left to the far right; on the far left and the left because of his past and ideas, on the far right because he joined the classical right, and even among the classical conservatives and at center-right because of his character. Nevertheless, Patrick Devedjian ruined his best hopes in politics in June 2007 when he referred to the defeated center-right deputy Ms. Anne-Marie Comparini as a “slut”.[20] Nicolas Sarkozy was forced to make a reproving comment in public about Devedjian’s words and never forgave his friend completely.

[13] See in particular his interview to Marianne, special issue, April 2015, available at: https://www.marianne.net/politique/patrick-devedjian-le-genocide-des-armeniens-est-mon-identite-il-me-structure

[16] See, for instance, the previously cited interview to Marianne, where he claims that Prof. Lewis admitted the “genocide” charge in the 1968 English edition of The Emergence of Modern Turkey then deleted “one and a half page” in the French translation. Both charges are absolutely false, as the simple reading of the book in the two editions proves it.