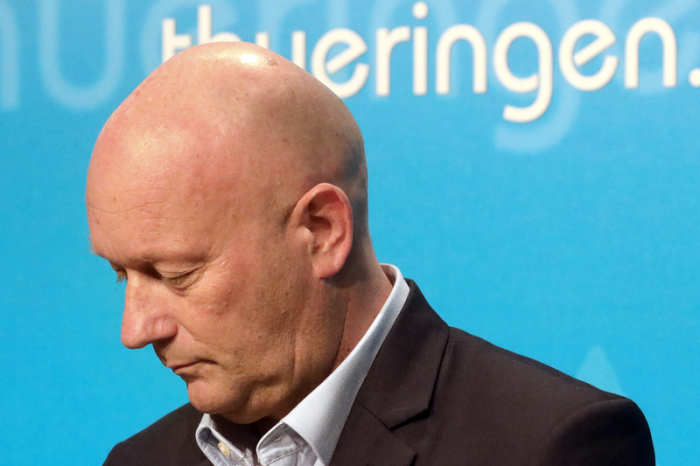 After the parliamentary elections in Thuringia, Germany on October 2019, the extreme right which continues to be strong in the State, started to unsettle Germany. Concern continues to increase day by day. February 2020 was a month that set off alarm bells for German politics, for Europe and for foreigners living in Germany.

While in a historical sense the rise of the far right has been surprising for Thuringia, it was not unexpected altogether. When looking at the history of Thuringia, the extreme left tradition is noticed. Thuringia was known as the bastion of the extreme left during the period of East Germany. The shift from far left to far right is surprising in the long run, but when we consider the recent European politics, it may not be assessed as a development. In fact, The New York Times wrote too that the anti-right-wing taboos formed in Germany after the Nazi period are now broken[1].

In October 2019 elections for the State Parliament of Thuringia, the Left Party (Ger. Die Linke) 29, AfD 22, CDU 21, SPD 8, Greens and FDP (Ger. FDP - Freie Demokratische Partei) won 5 seats in the parliament[2]. When the criteria for the formation of a coalition considered, CDU has announced that they would not form a coalition with the Left Party and AfD. Similarly, the Left Party, the SPD and the Greens also announced that they are not in favor of forming a coalition with AfD. Although the FDP, which has only five MPs, stated that it had "no intention to cooperate with racist AfD" before the elections, the election of Mr. Kemmerich as the prime minister with the support of CDU and AfD is considered as a "breaking the taboos" for German democracy[3]. The election of a state prime minister with the votes of a far-right party is happening for the first time in Germany after the Second World War and has created a great reaction in the country.

FDP candidate Thomas Kemmerich was forced to resign on February 5, within 24 hours in view of protests and objections. Since the establishment of FDP in 1948, FDP has been known for the coalition governments, it has established alternately with the SPD and CDU parties. Although FDP officials state that they do not want to cooperate with AfD, the support rendered by AfD could create uneasiness when the momentum gained by the far right in Germany is taken into consideration. It is useful to remember that there is a court decision which stipulates that calling the AfD’s organization leader in Thuringia Björn Höcke a "fascist", is not illegal. In the opinion of nearly half of German citizens, AfD's coming into power in state governments or federal government by 2030 would be an inevitable conclusion[4]. According to the survey conducted by the German news agency DPA through the YouGov research company, among those who think that the AfD, which pursues far-right and anti-immigrant policies, will come to the power, a considerable segment is opposed to such an idea. Those who think that the election of Kemmerich harms democracy are also in this group.

The leaders of the coalition partners Christian Democratic Union and the Social Democratic Party following an emergency meeting in Berlin decided on an early election. The current distribution of the seats in the Thuringia state parliament led to such a decision[5]. After all these developments, CDU Leader and Defense Minister Annegret Kramp-Karrenbauer announced her resignation from the party leadership, in view of the existing uncertainty in the attitude towards AfD within her party. Kramp-Karrenbauer has also announced that she will not run for the prime minister’s office in the upcoming elections[6].

Merkel's statement that it was not possible for the CDU to be toeing the same line with a far-right party, and asking Kemmerich to resign, drew the reaction of another group in the party. This reaction is not from those who support the rise of the far right, but from a group of people who are concerned about the functioning of the democracy in the country. According to this group, Merkel's harsh reaction towards AfD and her demand for the resignation of Kemmerich undermine German democracy. It is emphasized that such an attitude could increase the votes of AfD. Yet another view supports the idea that cancelling a duly concluded election is unacceptable. The European media argues that the emergence of such a number of different views from an election may have more dangerous consequences than the rise of AfD or harm to the German democracy[7]. The fact that the denial of AfD's existence could strengthen the possibility of the AfD getting more popular certainly creates worries in the public opinion.

The extreme right in Germany is gaining strength despite all the reactions in Europe. The European press argues that the reactions to AfD will cause the AfD to become stronger. Although Chancellor Angela Merkel tried to prevent the further strengthening of the far right, it seems that there are still others who think that the steps she has taken may cause harm to the German democratic process.

When considering the development of the far-right, the strengthening of far-right parties, especially in Thuringia, could be inevitable. Considering the political ideas of the far right, it is seen that xenophobia, Islamophobia and anti-Jewish statements, recent attacks on places of worship and similar discourses that religious minorities have no place in Germany are becoming prominent. According to a survey among German citizens, there is the dreadful possibility of the far-right coming to power by 2030. What is even more frightening, however, is the possiblity of this happening even earlier than 2030.

[1] “Germany’s Post-Nazi Taboo Against the Far Right Has Been Shattered”, The New York Times, 7 February 2020, https://www.nytimes.com/2020/02/07/opinion/far-right-thuringia-germany.html