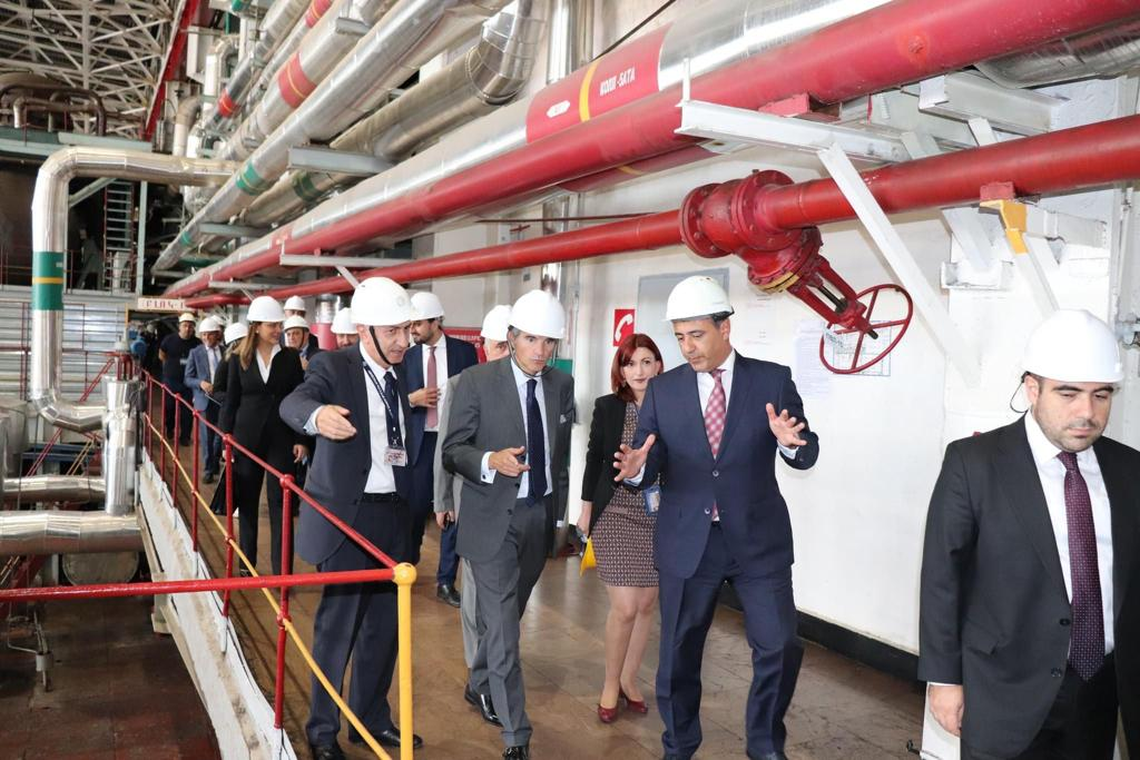 The 46-year-old Metsamor Nuclear Power Plant (NPP) has been operational in Armenia since the Soviet period and continues to function after the comprehensive renovation procedure in the previous year. The NPP which is kept in operation despite the warnings from the international community, counsel of the EU and objections of Turkey and Azerbaijan, was visited last week by Rafael Mariano Grossi, Director General of International Atomic Energy Agency.[1] The Director General conducted high-level contacts, starting with Prime Minister (PM) Nikol Pashinyan, President Vahagn Khachaturyan and continuing with the Ministers of Foreign Affairs, Health, and Infrastructure.

During his visit to Armenia, Grossi wrote on Twitter after his meeting with PM Pashinyan that the PM has interesting plans for the future of Armenia's nuclear power.[2] It was understood afterwards from the detailed information published in the Agency's website that the issue discussed between Pashinyan and Grossi was building of a third reactor for Metsamor, which has been functioning with a single reactor since the other reactor unit was shut down.[3] Following his talk with Pashinyan, Grossi met with Ararat Mirzoyan, the Minister of Foreign Affairs of Armenia. It is seen from the news that Mirzoyan informed Grossi regarding “unnecessary speculations over the operation of Metsamor NPP”.[4] The official website of the IAEA announced that Grossi was pleased with what he saw at the Metsamor NPP. While mentioning last year’s report of the IAEA inspection delegation, it was stated that the security improvements in the Metsamor NPP were welcomed positively.[5]

At this point, it may be useful to remember last year’s report issued by the Agency (IAEA). In the report prepared on the NPP, which underwent a comprehensive renovation process last year, critical deficiencies regarding the regulations on reactor and nuclear waste management were mentioned. Despite the claims of FM Mirzoyan, the issues highlighted by the rapporteurs cannot be seen as speculations. According to the report, the previous evaluations made in 2018 revealed that the proactive approach recommended by the IAEA for power plants with a service life longer than 30 years was not adopted. In addition, many issues were mentioned, such as the fact that the Safety Analysis Reports were not updated, there was no systematic safety assessment mechanism, and there was no comprehensive management plan to support long-term operation against ageing.[6]

According to the second delegation, which evaluated the large-scale modernization procedures conducted of 2021 in comparison to the findings in 2018, only 2 of the roughly 15 problematic areas previously identified were completely resolved, while the remaining problems were reviewed either insufficiently or partially. Most importantly, it was emphasized that the mechanical, electrical and I&C (Instrumentation & Control) components needed to be assessed for ageing. In addition, attention was drawn to the fact that a systematic assessment mechanism has yet not been established and that attention should be paid to preserving environmental qualification of in-scope equipment.[7]

The findings of the Agency reporters are very crucial with regards to an almost 50-year-old Nuclear Power Plant. Because in order to prevent disasters such as the Chernobyl Disaster, it is very important to keep all systems of nuclear power plants up-to-date and modernized, and to make regular improvements. Despite the extensive renovation of the Metsamor power plant, it is understood from the first assessments made last year that only a small part of the plant's existing problems have been solved. The question of which improvements satisfied Grossi during his visit, will only be clarified with the next monitoring report. However, contrary to the positive image presented by the General Manager, it does not seem probable for all the issues of the plant to have been resolved. Based on the issues observed by the Agency reporters, remembering the painful experiences in the past is necessary and warning the population against potential incidents should not be considered as speculation.