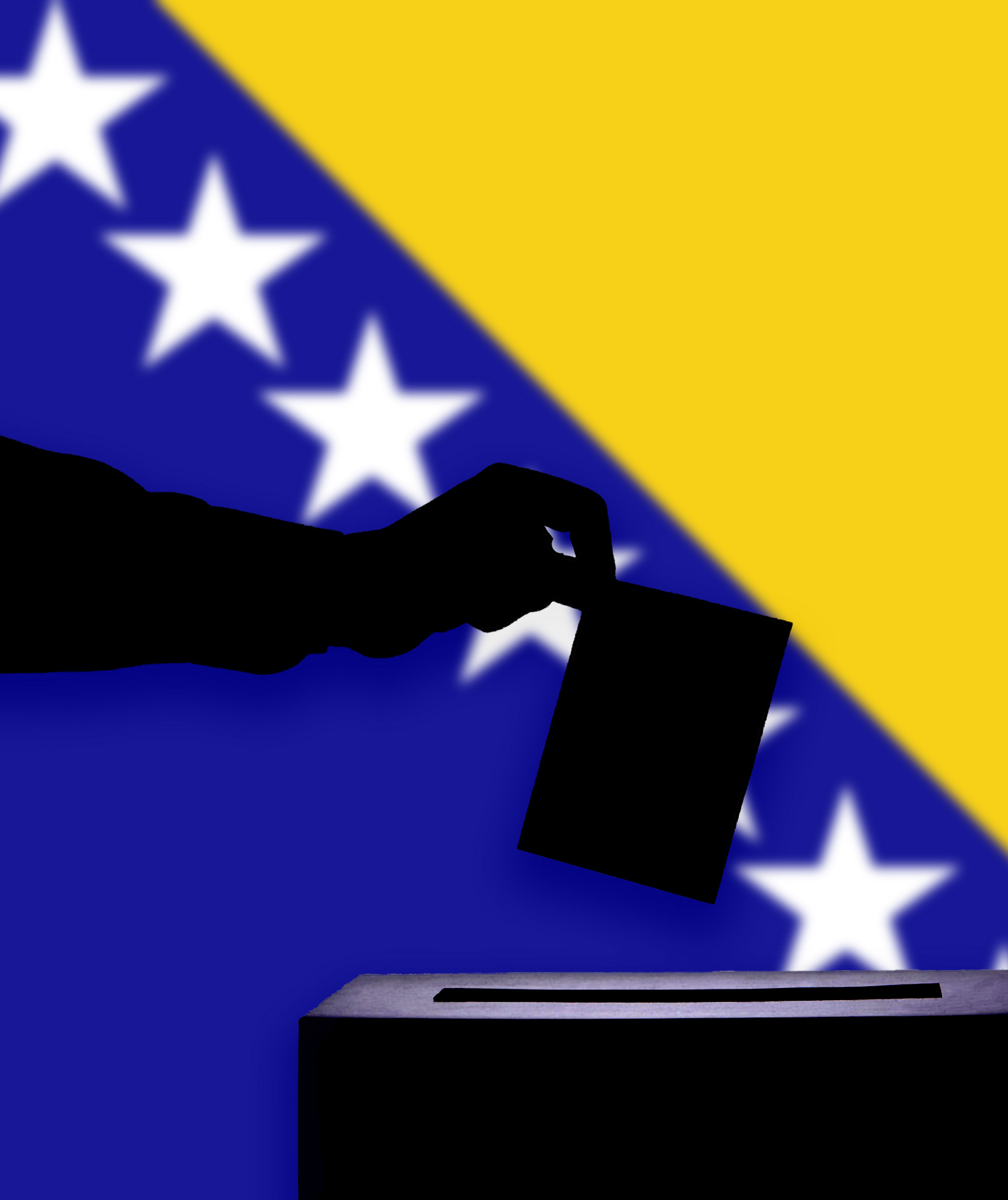 Zeljko Komsic served as the Croat member of the Presidency of BiH from 2006 until 2014. He was previously one of the leading figures of the Social Democratic Party.  Then he left the party in 2012 and established the Democratic Front party.

Milorad Dodik is from the Serb political party of Alliance of Independent Social Democrats. He is the president of Republika Srpska since 2010. He previously had served as the Prime Minister of Republika Srpska between 1998 and 2001, and between 2006 and 2010.

The New York Times reported that “A pro-Russia Serbian nationalist claimed victory in the race for the Serbian seat on Bosnia’s three-member presidency… Milorad Dodik, a Bosnian Serb strongman and a close ally of Russia’s president Vladimir V. Putin, could exacerbate ethnic rivalries in the Balkan nation and stall the country’s bid for membership in the European Union”. [6]

He reportedly said that “I don’t care who the other two representatives in the presidency are. I am going there, to this presidency, to work above all and only for the interests of Serbs.”[7] It is also reported that “at the weekend, (Dodik) told Russian newspaper Izvestia on Tuesday that one of his first moves will be to launch an initiative to recognize Crimea as part of Russia”. According to the same report he also said that “Crimea historically belongs to Russia and that he wants to visit the annexed peninsula as soon as possible as a new member of Bosnia's presidency.”[8]

He also reportedly said “on his first day in office, he will write to US President Donald Trump to demand the abolition of the Office of the High Representative - a part of the Dayton Peace Accords intended to protect the country's constitution.”[9] It should be mentioned in this juncture that Turkey is a member of the Steering Board of the Peace Implementation Council which is charged with implementing the Dayton Peace Agreement for Bosnia and Herzegovina (The Steering Board members are Canada, France, Germany, Italy, Japan, Russia, United Kingdom, United States, Presidency of the European Union, European Commission, and Organization of the Islamic Conference, represented by Turkey).

We, as the Center for Eurasian Studies (AVİM), in our analysis concerning the European Union Institute for Security Studies (EUISS) the Chaillot Paper No.147 titled “Balkan futures- Three Scenarios for 2025” drew the attention to the description of “Disruptive external actors” and expressed our deep disappointment with naming Turkey as a “disruptive external actor” along with Russia, China and the Gulf States in the Balkans.[10] We described this reference as an extremely unfair characterization and stressed that “EUISS owes a correction for naming Turkey as one of the “Disruptive external actors’ of the Balkans”.

As it is rightly mentioned in the New York Times report, “Milorad Dodik…could exacerbate ethnic rivalries in the Balkan nation and stall the country’s bid for membership in the European Union”. It should be underlined that without Turkey’s support as an ally and partner, rough challenges are awaiting the EU in the Balkans. EU and Turkey are not rivals in the Balkans. It stands to reason that EU and Turkey should endeavor together to keep the Balkans in tranquility.