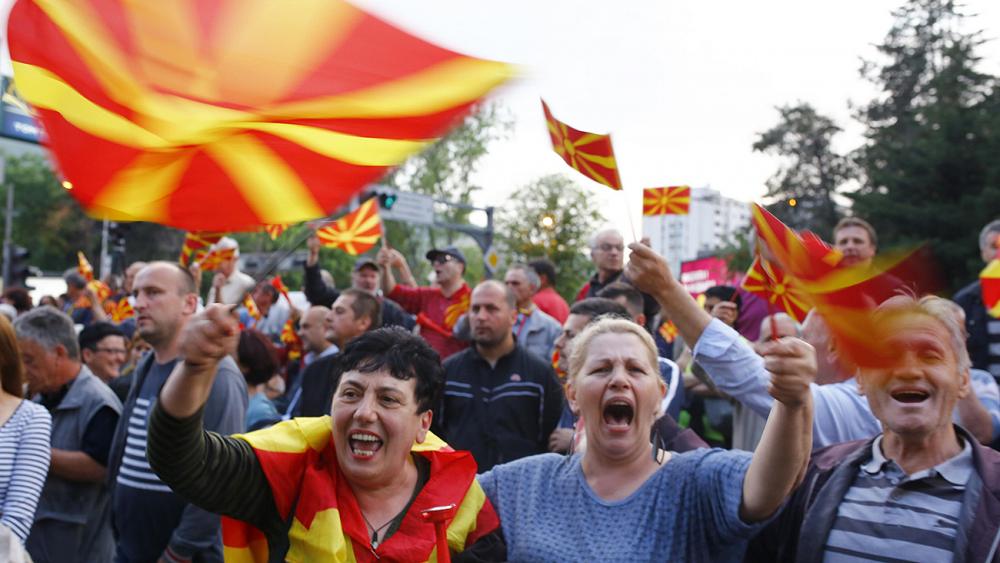 Macedonia has been going through a political crisis for over two years. It can be seen that the current crisis reached to a peak point with the failed attempts to form a government following the elections that took place in December 2016, the country-wide unrest, and the injuring of more than a hundred people as the result of an attack carried out by a group against the Macedonian parliament. It is possible to say that with the said attack, the crisis in Macedonia reached a turning point.

None of the parties received enough votes during elections held on 11 December 2016 to come to power alone. Macedonian nationalist Internal Macedonian Revolutionary Organization – Democratic Party for Macedonian National Unity (VMRO-DPMNE) gained 51 seats, Social Democrats (SDMS) gained 49 seats, the Albanian parties of Democratic Union for Integration, BESA Movement, Alliance for Albanians, and the Democratic Party of Albanians (PDSH) gained 10, 5, 3, and 2 seats respectively.[1] At the parliament with a total of 120 MPs, VMRO-DPMNE gained most of the seats. Therefore, President Gyorge Ivanov gave the mandate to form a new government to Nikola Gruevski, the Chairperson of VMRO-DPMNE. However, Gruevski failed to fulfill his duty within the legal period.

On the surface, it is claimed that the problems have occurred due to the tension between the Macedonian majority and ethnic Albanian minority groups that have been ongoing for a while. However, it is known that the actual reason that lays behind the problems is a corruption scandal. Chairperson of VMRO-DPMNE Nikola Gruevski had led the coalition government formed with an Albanian minority party as the Prime Minister for 10 years since 2006. During 2015, SDMS begin to publish sound recordings containing the claims that Prime Minister Gruevski and some leading state officials were engaged in corruption, electoral fraud, and interference in the judiciary. Following the claims, the Specially Authorized Prosecutor took action and filed an indictment about Gruevski and other VMRO-DPMNE leaders contained in the sound recordings.

An article published in Economist claims that the attack that took place on 27 April was organized by VMRO-DPMNE and there is a fear that its party leadership will be arrested in case the party loses power.[3] In the last couple of weeks, the claims stating that President Ivanov will declare a state of emergency have been intensified.[4]  The concerns that many  people, including Zoran Zaev, Chairperson of SDMS, will be arrested have become widespread.[5] In the beginning of May, 22 “patriotic associations” established the Macedonia National Front and announced their support for VMRO-DPMNE and that they will use “all available non-violent or violent means to defend the fatherland”.[6] In connection to this, according to one news source, “during the attack on parliament, emergency barriers to hold out intruders were not activated; some of the police protecting parliament, who are under the control of an official appointed by VMRO, fraternised with the mob.”[7]

What will happen in the domestic affairs of Macedonia is likely tied to the positions of foreign actors. Both the European Union (EU) and the United States of America (USA) supported the election of the new parliament speaker, therefore, insinuated their content regarding the end of the VMRO-DPMNE era. Counter to that, Russia supported VMRO-DPMNE during the crisis, and claimed that “Western countries want to create a Greater Albania which would destroy Macedonia.”[8] At this point, the main question is whether both EU and USA will keep their promises by isolating Gruevski and his party and implement sanctions.[9]

Xhaferi, as he started his official duty in the aftermath the crisis, paid his first foreign visit to Brussels. This step gave the signal that the EU integration process of Macedonia will continue. Xhaferi met Federica Mogherini, High Representative for Foreign Affairs and Security Policy/Vice-President of the European Commission, and Johannes Hahn, European Commissioner for Neighbourhood Policy and Enlargement Negotiations. The fact that Xaferi visited EU representatives and EU’s messages following the events shows that the EU is backing Xaferi. Hahn, who had previously issued a joint written statement with Mogherini regarding the crisis in Macedonia, stated during Xhaferi’s visit that “All MPs, including the opposition, are expected to play a constructive rather than obstructive role, and all actors must refrain from provocative statements and actions… Parliament must be the forum to debate the serious challenges facing the country…”[10]

Finally, last Wednesday, the new Speaker of the Parliament Xhaferi stated that he will ask President Ivanov to give the mandate to form the new government to the Chairperson of SDMS Zoran Zaev. Undoubtedly, if President Ivanov assigns Zaev as the new Prime Minister fitting with the democratic procedures, it will be an important step towards easing the tensions for a while in Macedonia.

*AVİM Analyst Özge Nur Öğütcü has contributed to this article.

[4]  “Macedonian nationalists storm the parliament to hold on to power”, The Economist, April 28, 2017, accessed May 8, 2017, http://www.economist.com/news/europe/21721509-party-backed-russia-fears-losing-office-might-mean-jail-some-its

[6] “Macedonian nationalists storm the parliament to hold on to power”, The Economist, April 28, 2017, accessed May 8, 2017, http://www.economist.com/news/europe/21721509-party-backed-russia-fears-losing-office-might-mean-jail-some-its

[10] “Press Release - Commissioner Johannes Hahn following his meeting with Talat Xhaferi, new President of the Parliament of the former Yugoslav Republic of Macedonia in Brussels”, European Commission, May 4, 2017, accessed May 15, 2017, https://ec.europa.eu/commission/commissioners/2014-2019/hahn/announcements/commissioner-johannes-hahn-following-his-meeting-talat-xhaferi-new-president-parliament-former_en