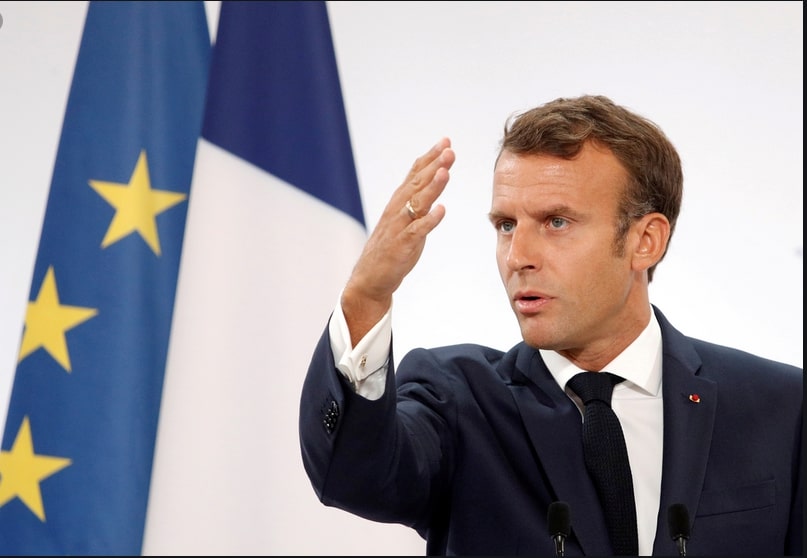 In the AVIM analysis article entitled "France with Macron: The Destabilizing Factor in the Balkans", published a few days ago regarding the President of France Emmanuel Macron’s refusal of the membership talks for North Macedonia and Albania, we stated that “It appears that Macron continues to behave as if he is the major administrator of the EU”. In the same analysis it was also stressed that “those who arrogantly give advice to others must first give account for their own historical mistakes. Emmanuel Macron comes top of the list of those who should give account in this respect[1]. Before the ink of the said analysis dried, a controversial comment of Macron which was interpreted by certain media outlets as “disparaging” concerning immigrations from Bulgaria and Ukraine was widely published in the international online press[2].

According to Politico, in an interview published Thursday in conservative weekly magazine “Valeurs Actuelles” the French President said that "I would rather have people who come from Guinea or Côte d'Ivoire legally, who are there and who do this work, than Bulgarian or Ukrainian clandestine networks”. He also seemed to criticize the EU's posted workers scheme, under which employers send temporary workers to other member countries and said that "I prefer to have legal migration, registered, under a quota, for x years, rather than hidden posted work"[3].

It is reported in that regard that both Bulgaria and Ukraine filed diplomatic protests with France after the said comments. As per these reports, “Ukraine was quicker to react to Macron’s comments, with the Ukrainian Foreign Ministry summoning the French ambassador in Kyiv, Etienne de Poncins (who was also France’s ambassador in Bulgaria back in 2007-2010) for explanation. Subsequently, the Ukrainian Foreign Ministry issued a statement saying the French President’s words had been taken out of context”[4]. On the other hand Bulgaria announced on November 2 that “it would summon the French ambassador to Sofia on November 4 to explain Macron's remark”[5].

It should be noted that there is a claim in certain online media sources which points to a different translation of Macron's comment in Bulgarian and Ukrainian media.As per this claim, Macron’s comment was reflected in a little bit different from its original based on the Sputnik’s report in German[6].According to this claim, Macron’s comment reflected as “I prefer legal immigrants from Guinea or Ivory…instead of illegal Ukrainian or Bulgarian gangs”. For this reason, the word “gang” was misunderstood in Bulgaria and Ukraine[7].

The possibility that Macron's controversial remarks are misunderstood in Bulgaria and in Ukraine because of a deliberate or unintentional mistranslation cannot be ruled out. However, given the basic features of the subject, the mistranslation does not alter the basic understanding of Macron's way of thinking.

As is well known, as an EU member state Bulgaria’s citizens are, in fact, entitled to live and work in France. In spite of the fact that Ukraine has not been recognized as an official EU candidate country, it is known that Ukrainian citizens were granted visa-free travel to the EU back in 2017[8]. The EU decision states in that respect that “Approved by the Council in May, the agreement provides for visa-free travel for Ukrainian citizens with biometric passports travelling to the EU for up to 90 days in any 180-day period, for tourism, to visit relatives or friends, or for business purposes, but not to work. The exemption applies to all EU countries, except Ireland and the UK, plus Iceland, Liechtenstein, Norway and Switzerland.” According to this arrangement, Ukrainian citizens can freely travel to France. If Ukrainian citizens want to work in France, they have to follow the established rules in France. The French authorities will apply these rules.

With this controversial remarks mentioned above, Macron makes it clear that he prefers workers from former colonies of France to the workers from an EU member state and from a Black Sea coastal country that has close ties with the EU. This comment in fact is prone to be interpreted as implicitly pointing to a longing in Macron's inner world for France’s colonial period.