THE NSU CASE IS FAR FROM CONSTITUTING A BEGINNING OF A RESOLUTION REGARDING THE XENOPHOBIA IN EUROPE
Commentary No : 2018 / 46
Hazel ÇAĞAN ELBİR
02.08.2018
3 min read 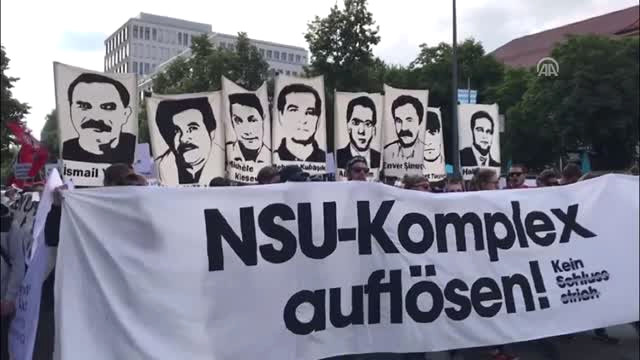 During the past weeks, we have written an article about the NSU case. On 11 June 2018, the member of the Neo-Nazi terrorist organization National Socialist Underground (Ger. Nationalsozialistischer Untergrund) Beate Zschaepe had received a life sentence and three other terrorist organization members had received sentences between two and three years for the murder of 10 people, of which 8 were Turkish. However, this has not been a decision that could forestall the racism, xenophobia and Islamophobia that has been on the rise during these recent periods. The attitudes of Beate Zschaepe in the court that were published on television and her body language were disgraceful and far from showing remorse. Therefore, there are some gaps in mind that have not been clarified regarding this decision. The latest example of this is the German National Team’s player Mesut Özil, who left the team and made a statement. In his statement, Germany’s elimination from the World Cup being linked to the “immigrants” and the sole perception of “the success of Germans” occurring in the event of acheiving a success, other non-Germans being subjected to a “German-Polish” differentiation despite not being German, conversely the discomfort that was created with Mesut Özil being described as a “German-Turk” were mentioned.[1]This statement clearly referred to the rising racism and xenophobia in Europe.

The general problem in Europe is not a small incident that will end with the punishment of the NSU case’s culprits. There is a deeply rooted hostility in question. Thus, just the German judiciary’s decision regarding the NSU case is far from a decision constituting a guarantee for the foreigners that continue their lives in Europe after this date. Regarding the NSU case, Chancellor Merkel had stated that the case was not closed. Merkel had stated that she shared the same feelings with the families that were exposed to racist attacks and that the public opinion will attend more to the problem after this case.[2]On the other hand, it is known that after the NSU case, the Munich State High Court has decided on the discharge of Ralf Wohlleben of the culprits. It was decided to discharge Wohlleben, who had received a 10 year sentence, until the finalization of the decision, due to him remaining in prison for 6 years 8 months and the absence of a risk of him escaping. The aforenamed had been judged as the second important culprit, had aided and harbored the organization. Even if the decision on him is finalized, there will be no need for him to go to prison again as two thirds of the total sentence has been completed.[3]Even if the case, which is considered as the case of the century, is very contemporary regarding the subject, a regulation being formed in Europe on this subject aside, rules being dispelled regarding the Turks in Austria under the pretense of austerity and Turks being disregarded are more recent decisions. Lastly, the explanation that the driving license exams in Austria will no longer be in Turkish is a new example of this.[4]

It is necessary for the decisions on the NSU to continue and all the individual and conceptual collaborators to be exposed and judged. Hence, these expectations are continuing and these collaborators need to be uncovered. Otherwise, an impression forms that there is an attempt to cover up the issue. Resolving these suspicions will contribute to the social harmony and peace.