THE NINETY-SEVENTH ANNIVERSARY OF THE SIGNING OF THE PEACE TREATY OF LAUSANNE
Commentary No : 2020 / 21
Teoman Ertuğrul TULUN
21.07.2020
5 min read 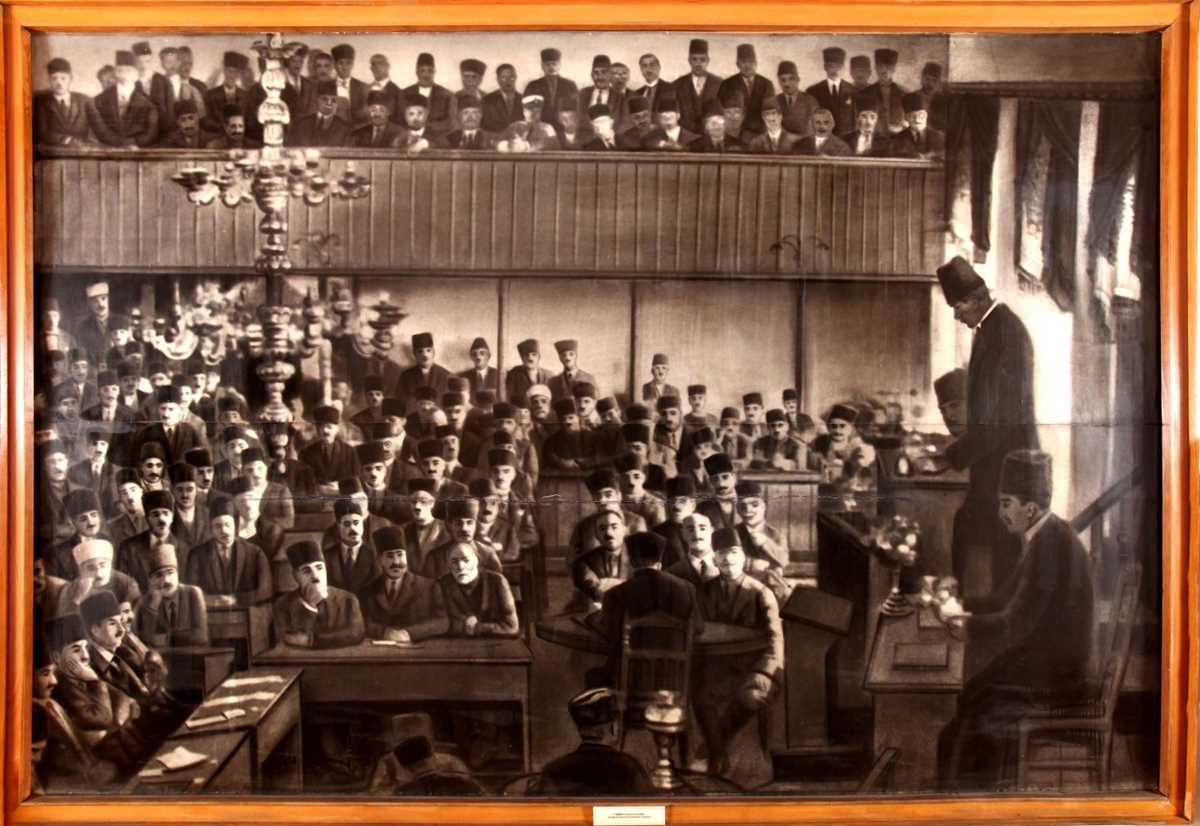 24 July is the ninety-seventh anniversary of the signing of the Peace Treaty of Lausanne (shortly Lausanne Treaty) on 24 July 1923 which legally abolished and superseded the Treaty of Sèvres of 10 August 1920 that was designed by the Allies of the World War I for the liquidation of the Ottoman Empire and virtually abolishing the Turkish sovereignty. Thanks to the Turkish War of Liberation conducted under the supervision of the Turkish Grand National Assembly in Ankara and under the able command of Mustafa Kemal a new state was born. The Grand National Assembly of Turkey abolished the Sultanate on 1 November 1922. Last Sultan of the Ottoman Empire left İstanbul aboard the British warship on 17 November 1922. The Turkish Nation acquired its sovereignty and shaped its destiny through the Turkish Grand National Assembly. The Peace Treaty of Lausanne  confirmed the sovereign independence of Turkey on an international plane. It is the founding document of the Turkish state. The Republic of Turkey was proclaimed  on 29 October 1923, three months after the signing of the Lausanne Treaty. Mustafa Kemal Atatürk’s motto of “Sovereignty unconditionally belongs to the Nation” is written on the wall of the General Assembly Hall behind the Speaker of the Parliament in the Grand National Assembly of Turkey as the basic and founding principle of the Republic of Turkey.

As we have elaborated in our AVİM analysis penned on the occasion of the 93rd anniversary of the Peace Treaty of Lausanne, Lausanne Treaty was concluded within the framework of the Lausanne Conference. The Conference was known officially as “The Lausanne Conference on the Questions of the Near East” and convened “for the purpose of bringing full peace to the East”. The three allied states, Britain, France, and Italy, also acting on behalf of Japan, issued an invitation to Turkey to attend the Lausanne Conference. The Lausanne Treaty was signed after the conclusion of two parts. The first part was held between 21 November 1922 and 4 February 1923. The second part was held between the dates of 23 April 1923 and 24 July 1923. The participating states to the Conference can be placed in four broad categories. The first category is comprised of the inviting states. Britain, France, Italy and Japan can be placed in this category. The second category is made up of states that have been invited to all the negotiating sessions. Greece, the Serb-Croat-Sloven State, Romania and the United States fall into this category. The third category consists of states which have been invited only to negotiations regarding specific borders. In this category Soviet Russia and Bulgaria were invited to the negotiations regarding the Turkish Straits. In addition to the Turkish Straits negotiations, Bulgaria was also invited to the negotiations regarding the frontier in Thrace. The fourth category consists of states which were invited to dealing with specific topics such as trade and residency. Belgium and Portugal are states that fall into this category. It should be underlined that Turkey was invited to the conference as the main participant state [1].

There are basically six main peace treaties that ended the First World War.[2] Versailles Treaty of 28 June 1919 placed Germany under strict restrictions, forced her to pay heavy reparations and Germany lost considerable territory and population. This Treaty is thereafter considered as the key underlying cause of the Second World War. Saint-Germain-en-Laye Treaty of 10 September 1919 dismantled the Austro-Hungarian Empire, created Austria, Czechoslovakia and merged southern Slav states as Yugoslavia. This treaty has also become a source of future tensions. Austria was banned to make union with Germany. Yugoslavia was violently dissolved in 1990s and created one of the most serious human sufferings in the late European history. Czechoslovakia was also divided. Treaty of Neuilly of 7 November 1919 signed with Bulgaria forced this country to cede land to the newly formed Yugoslavia, to Romania and to Greece, and left Bulgaria without direct access to the Aegean Sea. Bulgaria became a revisionist state in 1930s in the Balkans. As a result of the Treaty of Trianon of 4 June 1920 with Hungary, at least three million Hungarians found themselves outside of their country.

Last two peace treaties of the First World War were signed with the Ottoman Empire and Turkey. First one, as we mentioned above, the Treaty of Sèvres which was signed by the representatives of the Ottoman Empire and  rejected by the Turkish Nation and the Turkish Grand National Assembly  in Ankara. The second and final one is the Peace Treaty of Lausanne of 24 July 1923 which abolished and superseded the Treaty of Sevres and constituted the founding document of the Turkish state.

As the explanations above reveal, only the Treaty of Sèvres concluded with the Ottoman Empire could not be implemented among the five treaties (Versailles, Saint-Germain-en-Laye, Neuilly, Trianon and Sèvres) concluded after the First World War thanks to the heroic struggle of the Turkish people to establish its sovereignty under the supervision of the Turkish Grand National Assembly and under the able command of Mustafa Kemal Atatürk.  The Lausanne Treaty, in retrospect at its 97th anniversary, has brought  peace not only to the Near East but also to  entire Europe.

[2] Excluding the Treaty of Brest-Litovsk of 3 March 1918 concluded between the new Bolshevik government of Russia and the Central Powers (German Empire, Austria-Hungary, Bulgaria, and the Ottoman Empire) that ended Russia's participation in World War I.