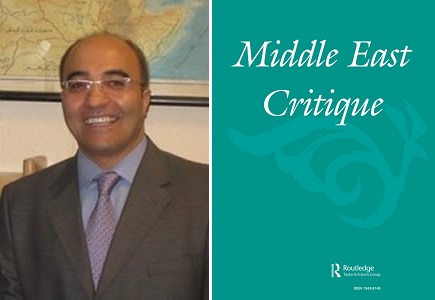 ​In a recent article published in the Middle East Critique titled “The Turkish-Armenian Historical Controversy: How to Name the Events of 1915?”,[1] Turkish-American Political Science Professor Hakan Yavuz has dealt with the Turkish-Armenian historical controversy in a detailed manner.

“The first part summarizes the main argument of Turkish and Armenian historiographies. The second part examines how Armenians try to use legal tactics to impose their version of history (i.e., genocide) and the setbacks that this approach has faced at the European Court of Human Rights and in the French Constitutional Council. Finally, the third part introduces a proposal to reconcile these two historiographies and to create a shared narrative with the hope that a shared language to discuss the history of 1915 can facilitate an improvement in relations between the Republic of Turkey and Armenia.”

He astutely notes that the “Armenian historiography relentlessly holds… statements that carry a strong condemnation of Turks” and the main Armenian narrative often degenerates into vilification of the Turks as a whole.  Highlighting both the practical and political benefits of the “genocide recognition campaign,” Yavuz further observes that:

“[e]specially, after the 1993 Armenian invasion of the Azerbaijan Republic’s Nagorno-Karabakh region, which resulted in the deportation of one million [Azerbaijani Turks] and the killing of hundreds of [Azerbaijani civilians], Armenian historians and politicians became more vigilant in emphasizing the events of 1915 as “genocide” because they sought (a) to present the conflict over Karabakh as continuing the perennial conflict between the “genocider” Turks and “victim” Armenians; (b) to justify and legitimize the ethnic cleansing and killings of the [Azerbaijani-Turkish population] of the Karabakh region as revenge for the “genocide” of 1915; and (c) to mobilize the Armenian diaspora, especially the youth, for the cause of Karabakh.”

Thus, the recognition campaign serves as a tool not only for mobilizing the Armenian diaspora and nation at home but also serves as justification for the ethnic cleansing of the Azerbaijani Turks and to deflect the world attention from this terrible human tragedy.

According to Yavuz “those who insist on the genocide thesis, marshal the deeply ingrained stereotypes of Turks in Western historiography to transform the “Terrible Turk” of the late 19th century to the “Genocidal Turk” of the late 20th century.” In this vein, the most frequently resorted tactics involved the use of “their diaspora networks, along with latent Turkophobia and Islamophobia in many European countries to legislate history, criminalize alternative interpretations, and to slander and even intimidate those who reject the genocide legal label.”

Yavuz also criticizes the Turkish historiography, noting that it did no tackle with the Armenian Question for a long time and it was slow in studying the issue in detail and as a result there were some contradictory and incomplete narratives to explain the events of 1915. According to Yavuz “the evolving Turkish historiography does not challenge the notion of Armenian suffering, it insists on the inclusion of narratives that relate the vast suffering and massacres of Muslims and on situating the events of 1915 in their broader historical context.” Moreover “the Turkish side primarily challenges the use of the term genocide for the 1915 events by relying on its status as a crime defined by international law.”

In this context, Professor Yavuz observes that “the term genocide” in fact “has prevented both sides from developing a shared language for understanding the circumstances that led them into conflict.”

Turning his attention to the impact of this historical controversy on politics and international relations, Yavuz convincingly argues that:

“in the case of Turkey, efforts by some European countries or bodies to label the 1915 events as genocide through political declarations or to codify history through declarations are thinly veiled attempts to keep Turkey out of the EU. Many actors in these efforts are motivated by Islamophobia and Turkophobia rather than by the quest for historical truth.”

Yavuz provides countless examples on the way in which the Turkish-Armenian historical controversy was used and abused in the political and legal arena, from parliamentary resolutions to the legal cases arguing for Turkey’s EU candidacy to be cancelled or to the legal harassment of the academics in the EU countries.

In the third part of his article, Yavuz concludes that:

“a commission of historians charged with carrying out a thorough investigation of historical records surrounding the events of 1915 is the most effective way to recognize the sufferings of all communities involved and, most importantly, to help these communities to move forward peacefully.”

“this commission should include five historians from Armenia and Turkey, along with five foreign historians, who are experts on the period of late Ottoman history. The inclusion of foreign scholars should ensure impartiality in the Commission’s ultimate findings.”

Yavuz concludes his article by noting that in order to create a shared language of dialogue between the Armenian and Turkish peoples, “a historical commission needs to be established” and it should be tasked to “to review all of the available and relevant documents and create a free and open environment for dialogue among scholars.” The establishment of such a committee would indeed serves a meaningful step toward reconciliation and dialogue.