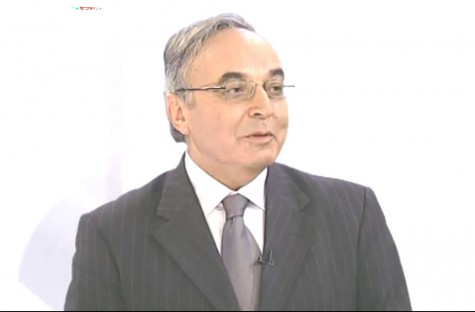 Armenians who are harassing or intimidating Turks for their protests and refutations against Armenian historical allegations are now effectively facing criminal charges and sentences. Following the success of academician Maxime Gauin’s case against a well-known Armenian activist, Mr. M. Nissanian and Mrs. S. Oran’s case against Mr. Leylekian, now the court of Versailles has sentenced two Armenians to six and four months jail terms respectively and to 7.000 euros fine for intimidating Mrs. E. Cetin, for being one of the organizers of demonstrations in 2012 against the discriminatory and biased legislation which was adopted in 2006 to be repudiated by the Constitutional Council in 2012.

The legal and judicial developments concerning Armenian allegations are all the more bleak in the international arena. The judgment of the very prestigious European Court of Human Rights (ECHR) has become a nightmare for the fanatics of the Armenian cause and distorters of historical facts. The European Court of Human Rights, an independent body of the 47 member Council of Europe has stated in its judgment of 17 December 2013, without ambiguity or circumvention that Switzerland was wrong in sentencing Mr. Perinçek for his statement in public revoking Armenian allegations as “international lie”.

Switzerland was encouraged to apply for a review of the judgment by all available means at the disposal of the Armenian protagonists. It is now announced publicly, with the words of the president of France that the French government is also supporting Switzerland in its appeal. However, those words of support, decision for intervention on the side of Switzerland for referral of the judgment to the grand chamber is apt to cast a dark shadow against the integrity of the court on two accounts. To start with, referral to grand chamber is not discretionary. A panel of five judges decides on the merit of admissibility of the application. Hence, how prudent it is to make a pronouncement on the assumption that the case will be referred to grand chamber is a point to take into consideration. Then comes the second point. Intervention for any third party, in this case France, with the proceedings of the grand chamber, is subject to the decision of the president of the court alone. It is, again, questionable how prudent it is to pre-empt that decision.

Turkey has full trust for the independence and integrity of the European Court of Human Rights. As a matter of fact, Turkey has unhesitatingly obliged fully with numerous judgments of the ECHR in the past on cases raised against Turkey similar to that of Mr. Perinçek’s case concerning freedom of expression and many others. Now that we see evidence of conscientious efforts to introduce political influence on the court, we express full faith on the verdict of the court with the conviction that unbecoming efforts to influence the ECHR will be thwarted.