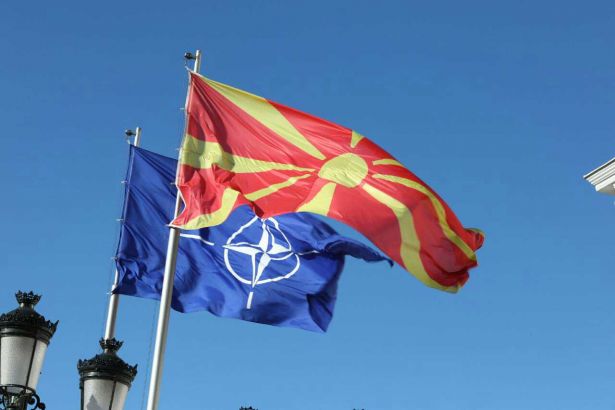 The end of the Cold War is often discussed in term of its international consequences such as the evolution of world politics into a new order. In these days when regionalism shines out, the cold war has inherited backward rooted problems in the Balkans. The name problem between Macedonia and Greece is the one of the main problems among the results caused by the problems in regards to national, regional and even international level of importance.

As we mentioned in our previous articles, the root cause of the problem is historical. Macedonia was established in northern Greece in the First Age. By 4th century B.C. It dominated the entire ancient Greek world and spread the Hellenic culture to a wide geography with the conquests of Alexander the Great. Even today, Greeks accept ancient Macedonia as a part of their national history[1]. Upon being Independent in 1991, Macedonian accepted themselves as the successor of Ancient Macedonia and they carried out their national symbols and nation-building process accordingly. Greece, on the other hand, considered this attitude as an expansionist one towards Aegean Macedonia. In Greece public opinion, it was argued that would Macedonia claim lands from Aegean Macedonia in the long run. Greece’s first reaction was to issue economic embargo or limit the two nations relations, but they did not end it there.  In the case of Macedonia's membership to NATO and the EU, Greece did not hesitate to block the international integration of Macedonia by giving a veto vote.

In addition to serious international efforts, in both countries there are new governments who think and clearly states that the problem between the two countries is becoming more and more inaccessible as time goes by and their view for a solution is more moderate. The Prespa Agreement[2] made on 17 June 2018 struck hope for a solution. The reason why we cannot use a definite statement with it is that this agreement caused protests and opposition parties objections in both countries. The process for the agreement to be approved by the assembly was a relatively long and uncertain one. As it is known, it is a necessity to be approved by all the relevant countries councils for an international agreement to take action. In addition to this, in both countries, widespread protests were made after the signing of the agreement and the public was discontent. The experts of the region were pessimistic on their analysis from time to time. They argued whether the agreement was a stillborn or not.

In short, the content of the agreement was, the parties involved negotiated around several different names and they have finally agreed on the Republic of Northern Macedonia. At June 17th, both countries Minister of Foreign Affairs signed this agreement which changed Macedonia’s official name and makes it use this new name in everywhere. A new dual-use was adopted for the passports of Macedonian citizens in which the nationality part read Macedonian/Northern Macedonian. And the word “Macedonian” could be used to indicate ethnicity and official language (Article 7). The treaty also included many articles on mutual good will, respect for the sovereignty and territorial integrity, and the development of bilateral relations[3].

The agreement was passed by parliament on 11 January 2019, almost seven months after the signing of the agreement, despite public protests of the Macedonia people, opposition and even the president's objections[4]. This process has been evaluated more thoroughly in our article titled “Macedonia Name Change Referendum: Different Interests, Different Perspectives[5]”. As expected, especially in NATO and the EU evaluated the legalization of the agreement with great joy. For example, U.S. Ambassador of Skopje Jess Baily stated that the United States welcomed the decision and that the approval of Prespa Agreement was a historic moment[6]. In Greece, the agreement was discussed in parliament while nationalist groups were protesting on the streets. Even though the Greek opposition defined the agreement as a defeat for Greece, the agreement was passed by the Greece parliament on 25 January 2019[7]. President of the European Council, Donald Tusk congratulated the agreement by saying “They had imagination, they took the risk, they were ready to sacrifice their own interests for the greater good. Mission impossible accomplished[8] .”Following the mutual acceptance of the treaty in the parliaments, messages were sent for the goodwill between the two countries.

In all this process, it can be said that Macedonia's main motivation is to become a member of EU and NATO. On February 6, 2019, Macedonia’s NATO accession protocol was signed in Brussels[9]. Shortly after that, on February 8, the Greek Parliament approved the agreement for Macedonia entry into NATO[10]. Thus, Macedonia, as predicted, received its first approval from Greece. Even though Macedonia has met all NATO standards since 2008, it could not be a part of the organization because of the name issue. Macedonia will contribute approximately 1.2 million Euros to NATO’s budget as one of their responsibilities as a NATO member[11].

Turkey is among the first countries who recognized Macedonia with its official name after their independence. In this process, Turkey was opposed to the imposition for the name change and emphasized that it should be decided by the Macedonian people. Turkey, as in other Balkan countries, always supported Macedonia’s accession to Euro-Atlantic institutions for the sake of prosperity and stability of the region. Because the name issue is solved will accelerate the accession of membership to these institutions for Macedonia, it will be a positive development for Turkey.