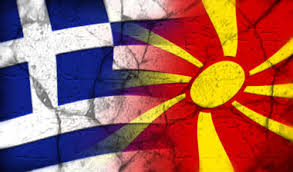 The diplomatic traffic that has accelerated this year between Greece and Macedonia has come to the fore of prime ministers. On June 17, 2018, the name problem was resolved at the prime ministerial level in the village of Psarades on the Greek side of the Prespa region and signatures were signed by Macedonian Foreign Minister Nikola Dimitrov, Greek Prime Minister Nikos Kotzias and UN Names Mediator Matthew Nimetz.[1] In this context, 27 years after the establishment of the Republic of Macedonia (FYROM), the name was changed to "Republika Severna Makedonija", the Republic of Northern Macedonia. First of all, I find it helpful to briefly mention the cause of the problem. After the Socialist Republic of Macedonia, one of the six federal states of Yugoslavia, declared its independence in 1991 under the name of Republic of Macedonia, Greece was found guilty of important accusations against this country. Greece argued that the Macedonian word in the name of this country is indicative of the fact that the Skopje administration is the expansionist emplacement of an Aegean Macedonia on its territory. Greece also explained that the flag of the Republic of Macedonia and the chosen symbols belonged to the Greek cult, so that the Skopje administration would not be allowed to use them.[2] According to Greece, Macedonia is a name that defines only a geographical region regardless of the population living there. It is wrong to use this geography to describe an ethnic group, especially a group of Slavs. The Greek view is based on the idea that Alexander the Great and all Macedonians are Greeks. This thesis also argues that Macedonia's geography is the continuation of ancient and modern Greece from an ethnic, linguistic and cultural point of view, so that only the Greeks have the right to define themselves as Macedonian.[3]

As a result of this official foreign policy, Greece adopted a sanction to exclude Macedonia from the international arena. In this position, Greece succeeded to a certain extent, by using her right to veto in the EU and NATO, where she was a member. She was able to prevent Macedonia from being recognized there. Turkey recognized the independence of Macedonia within the first day of the official name of the Republic of Macedonia. Macedonia's applications to the European Union (EU) or NATO have always been suspended due to Greece's name issue priority. The resolution of the name problem between the two countries was regarded as the most important condition for Macedonia's entry into NATO membership in Brussels next July. Although Macedonia had provided NATO membership conditions for many years, Macedonia could not join the alliance because of Greece’s veto due to the dispute over the name issue. The problem is also affecting the Balkans, and international organizations and many states have called for the resolution of the problem between the two countries. For example, Bill Clinton's former deputy, the United Nations appointed mediator, Matthew Nimetz, has proposed several alternative names, including "Republic of Macedonia", "Northern Macedonia" or "New Macedonia" to lift the deadlock.[4] Two neighboring countries, which could not remain indifferent to this call, started negotiations this year.

It is unfortunately not possible to say that this negotiation process has taken place in a very peaceful environment within the two countries. After explaining almost every official statement, the people started the protests in the two countries, and the two countries have not avoided criticizing the governments, which have led to the opposition towards negotiations, in a very harsh manner. This situation continued after the final solution of the problem. While the word "Macedonia" in the new name for the Greek public cannot be deemed acceptable in the future as it would lead to any claim of territorial demand, changing the constitution and changing the name of the country for Macedonia is nothing more than a humiliation of their national identity. As a result, both parties had to give up certain expectations, and the name "Northern Macedonia" was chosen. As mentioned above, this solution has not satisfied anybody except the governments in both countries. For example, in Athens on 15 July, took to the streets and the demonstrators, slogging "Macedonia is Greek," carried banners saying "Pull your hand off of Macedonia".[5]  The reaction in the side of Greece has not been limited with this. The agreement, which mentioned the name of the country to be changed to "the Republic of Northern Macedonia", has created political debates in Greece, while the main opposition New Democracy (ND) Party has submitted a motion of no-confidence to the Parliament. ND Chairman Kiriakos Micotakis argued that the nationality of the neighboring country and the definition of the language "Macedon" were withdrawal from the national red lines.[6]  As far as the situation in Macedonia is concerned, the opinion of the public and the opposition is as hard and sharp as it is in Greece. In Macedonia, people have been protesting in front of parliament since the day the new name was announced.[7]  There have been detainees in the protest. In the country, the people and the opposition express in various ways that they find this solution embarrassing and humiliating. Making the public speech before signing the agreement, Macedonian President Ivanov said, "This harmful and unprecedented agreement in human history is in my view null and void. This agreement violates the constitution, the law, and the state institutions. I will not sign this political initiative”.[8] In Macedonia, an absolute majority must be provided for the agreement to be valid. In other words, if the number of at least 31 lawmakers required for the agreement can be approved by the parliament. The agreement will be sent to the President after the Parliament receives his approval. If the President does not give approval, the agreement will return to parliament again. The Assembly will only be able to confirm the agreement this time with the absolute majority. That is to say with at least 61 deputies saying 'yes'. Approval of the agreement will be sent to the President for the second time. The President has to sign an agreement for the second time according to the constitution. For the final implementation of the agreement, referendum will be made. The referendum is expected to be held in September or October.[9] In Greece, the agreement will enter into force if a majority of parliament approves the deal.

Even if all these technical issues are resolved, it seems that the agreement has satisfied the international public more than these two countries. The fact that the new name includes "Macedonia" means that the Greek public is more worried rather than relieved. With the name of Northern Macedonia, the Macedonian side’s land claim for the future has not been abolished. Besides, Macedonian people have the view that their national identity has been damaged, and the question of how stable these two countries' foreign policy moves can be when the protests continue. It will be seen if this ossified problem can or cannot really be resolved over time. And, the effect it will have on the Balkan geography will also be observed.

[1] On June 17, 2018, the name problem was resolved at the prime ministers' village of Psarades on the Greek side of the Prespa region and signatures were signed by Macedonian Foreign Minister Nikola Dimitrov, Greek Prime Minister Nikos Kotzias and UN Names Mediator Matthew Nimetz