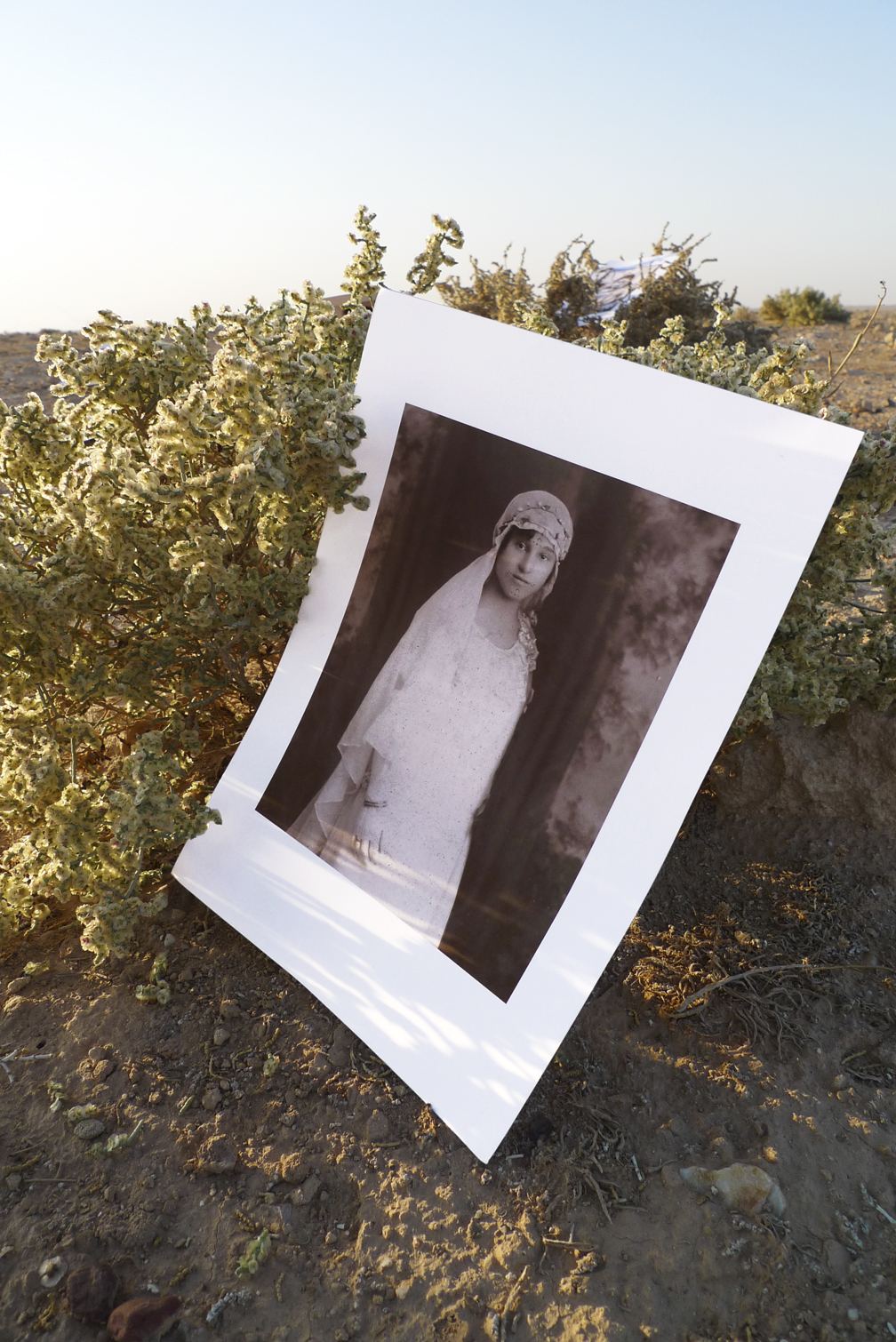 On November 19, 2017, an exhibition titled “Tattoo” began at the Los Angeles Natural History Museum. It will stay open until April 15, 2018. The exhibition is about the 5000 years of history of tattoos of different cultures from around the world. It allows the visitors to understand the various rituals concerning tattoos. The exhibition seeks to make visitors ponder whether tattoos are a form of art, rebellion, or identity.[1] Part of this exhibition is regarding Armenian women from 1915 events in the Ottoman Empire during the First World War. Apparently, for example, there is a photo of one woman from Aleppo in which tattoos “run down her face and onto her chest, which is exposed by her partially open shirt.”[2]

The issue of tattoos and women in the context of 1915 gained prominence with a documentary shot in Sweden by Suzanne Khardalian. The documentary, titled “Grandma's Tattoo”, was released in 2011. Like many aspects of the dispute regarding the 1915 events, the Grandma's Tattoo documentary is far from being impartial. In fact, the documentary has a very straight forward, cliché narration that can be summarized as “the evil Turks have killed the poor Armenians.” However, unlike other documentaries or movies regarding this dispute, this one also adds an extra flavor; a scared young girl tries to find out how the “evil Turks” have “marked” her grandmother.[3]

There are unfortunately several regrettable elements in the documentary. Firstly, Suzanne Khardalian abuses the history of Armenian women for modern political purposes by employing unsubstantiated arguments. The documentary never actually provides any proof at any point that the tattoos in question are in fact “devilish” marks of slavery. The argumentation employed in the document are based completely on Khardalian’s assumptions.[4]

Secondly, Khardalian completely disregards the suffering of Muslim women during the 1915 events. Interestingly, according to Khardalian, only Armenian women have suffered. Had Khardalian been interested in putting forth a fair narration, all she had to do, for example, was to give references to how Muslim women of the city of Van were forced into prostitution once the city fell under the control of Armenian rebels in 1915 (the Armenian rebels subsequently handed over the city to the invading Russian forces). Of course, mentioning this would instantly expose the cliché nature of Khardalian’s narration.

Thirdly, and maybe most importantly, she attempts to distort the meaning of the tattoos and compares them with what was done to the Jews in concentration camps during the Second World War. Khardalian interprets the meaning of the tattoos without showing any evidence. In this way, she abuses the memory of concentration camp victims in a professional manner to further her own political goal of casting Armenians as being purely the victims of the 1915 events, when in reality, Armenians were just as much the perpetrators as they were the victims.[5]

Yet, individuals have recently begun to question the validity of this approach regarding tattoos, Armenian women, and the 1915 events. Multiple mistakes have been made concerning the issue of tattoos and the 1915 events.[6] First of all, during that time period, tattoos were being used by a number of groups in the region such as Armenians, Assyrians, Kurds, Yazidis etc., and were least used by Turkish people. Unlike what has been said by Khardalian in Grandma's Tattoo, tattoos do not necessarily have to represent something evil and they were being used not only by different ethnic groups, but also by different religious groups in Anatolia and the Middle East.[7]

Tattoos represent different emotions and ideas in the context of different cultures. In some instances, they represent power, in some instances they represent belonging (as in, group identity, not slavery). In some cases, they have been used for promoting health, warding off evil spirits, or for increasing fertility. Sometimes, tattoos signify happiness.[8] The multitude of meanings require a thorough understanding of the culture in question to make sense of the meaning of various tattoos. At one point in her documentary, Khardalian associates certain tattoos with Islam. Yet, for example, if one looks at Yezidi tattoos, they can see that different religious groups can carry very similar tattoo designs. This shows the mistakes a person can make when s/he is being motivated to act by prejudice.[9]

As with everything else, Khardalian and the rest of the diaspora Armenian society have assumed certain things about Armenian women with the tattoos without conducting proper research. Today, our society can only overcome this bias in one way; by unbiased academic research on what really transpired in the First World War.