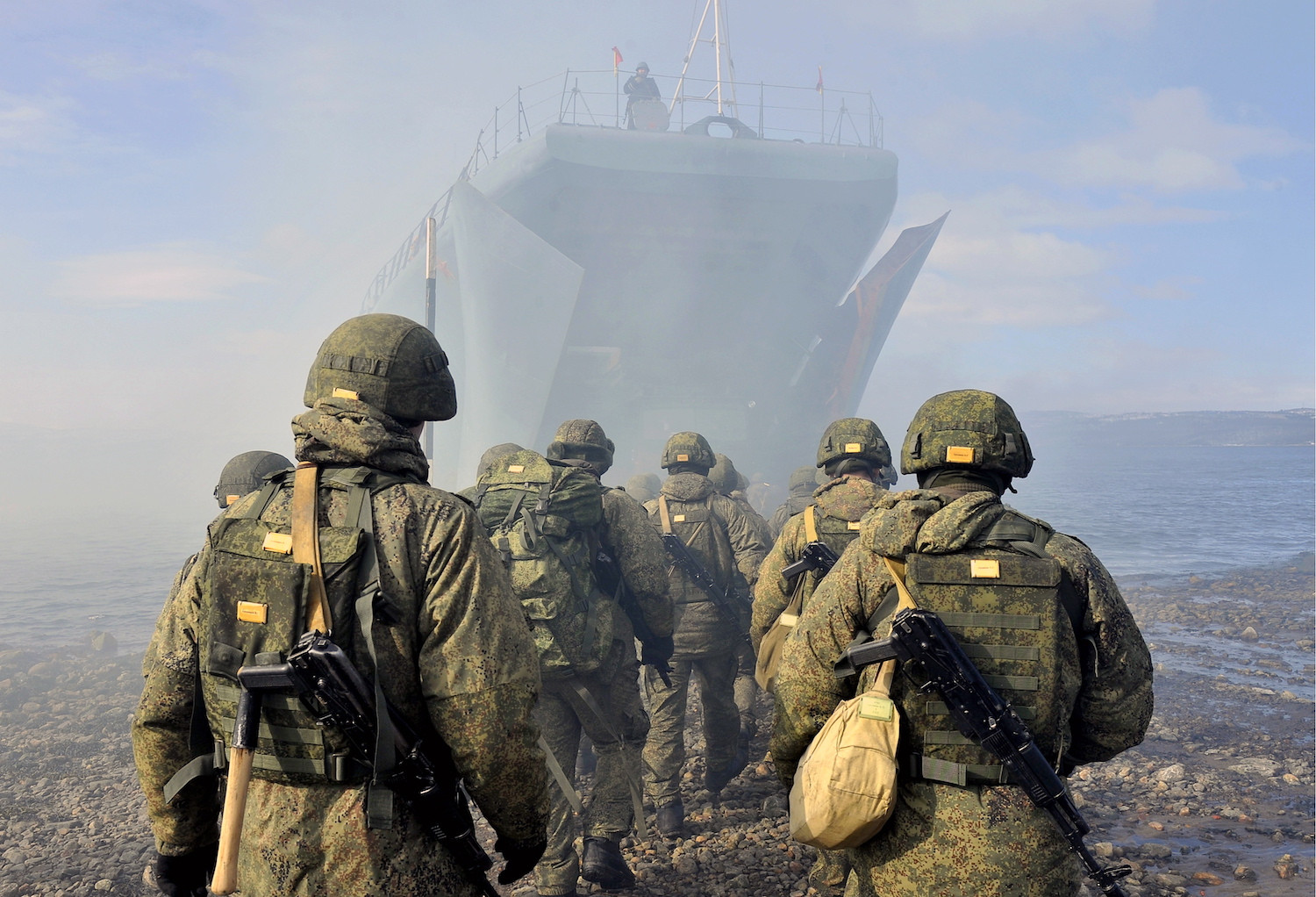 We are living in an era of uncertainties and contradictions. The impacts of these uncertainties and contradictions can be observed clearly both in the international relations and in the activities of states. In this regard, the importance attached to disarmament while the actions that encourage the armament have been increased especially by the powerful states, are controversial, contradicting the statements and efforts of disarmament globally. The unilateral withdrawal of the US from Joint Comprehensive Plan of Action (JCPOA) and the suspension of the Inter-Mediate Range Nuclear Forces Treaty (INF) between the US and Russia are the latest concrete examples of the contradiction between the statements and actions. In the light of these developments, the military drills, which are conducted every year with a different theme and name by Russia, are worth to follow closely since the drills show the importance given by the powerful states to the armament and defense industry under the shadow of global disarmament efforts.

Russia has always been an important country that pursued expansionist policies throughout the history. It also continues to take steps to expand its zone of influence today. The annexation of the Crimea in 2014, the intervention to the Syrian Civil War in 2015 and its relations with the Central Asian Republics are such developments that can be discussed within this framework. In line with this, the military drills enable Russia, which aims at expanding its strength and zone of influence, to establish an important cooperation field with the other countries in the region, provides opportunity to demonstrate its military capabilities and unveils the progress reached in terms of armament race.

The Tsentr19, which was conducted between 16 -21 September 2019, is the biggest military exercise of Russia in 2019. The military drills of Russia change from year to year. For instance, the Vostok 2018 Drill, which was conducted last year, attracted significant attention from international community especially due to the participants and its volume. The Zapad Drill, similarly, was conducted in 2017. The fourth drill is the Caucasus Drill that was conducted in 2016. These four military drills, which are conducted periodically, constitute the major drills of Russia. In addition to these main drills, drills like the Union Shield in Belarus this year, which has lower intensity than the major four, could also be simultaneously conducted.

The main objectives of the Tsentr19 are demonstrating the readiness of Russian Armed Forces and the militaries of the Central Asian Republics in terms of the protection of national interests and increasing the coherence and interaction between the militaries through conducting joint operations which aims at maintaining the peace and security in the region[1].

It can be stated that following the drill of last year, the Vostok 2018, which attracted great attention, Russia is dutifully prepared for the drill of this year, as well. First things first, it has to be mentioned that a remarkable progress was reached in terms of forces participating to the drill compared to the previous Tsentr Drill which was conducted in 2015. It is recorded this year that there were 128,000 personnel, 600 aircraft and 20,000 military equipments, while there were 35,000 personnel, 170 aircraft and 7,000 military equipments in the Tsentr15[2].

Another point that has to be mentioned is the participants of the drill. The member states of Shanghai Cooperation Organization (SCO), as well as the members of Collective Security Treaty Organization (CSTO) took part in the Tsentr19. Together with Russia, China, Pakistan, India, Kyrgyzstan, Kazakhstan, Tajikistan and Uzbekistan are the countries that participated in the drill with their military personnel and equipment. Whereas, only China and Mongolia took part in the Vostok 2018, to which Turkey had also been invited, along with Russia. The Tsentr19 shows the will of Russia, especially, to develop military cooperation in the region when the participants are taken into account. In the meantime, it can also be stated that through the participation of SCO member states, the cooperation already established in the fields of politics and economics are now being developed in the field of military.

It is vital for Russia to establish cooperation with the countries of the region in the fields of military, as well as politics and economics, when the relations especially with NATO are taken into consideration. The cooperation in the drills also provides the opportunity to show NATO that Russia would not be alone in case of conflict. Therefore, the drills are also important for Russia to show that as a leader country in the region, it can count on the countries around itself in the field of military.

The drills, which were conducted in eight different practice areas, had two different phases. The first phase included countering terrorism, repelling airstrikes and reconnaissance practices. The second phase included the practices of the command of soldiers under attack and the attack against enemy[3]. These drills are extremely important to identify the situation of readiness of the Russian Army along with its allies especially in Central Asia in case of any attack and war.

The scenario prepared for the drills are also interesting. According to the scenario, a new state, which is ruled by the leaders who share the ideologies of international terrorist organizations, in the southwest of Russia emerges due to the impact of Islamist extremism. Radical Islam, which poses threat to other countries in the region, has started to spread through this imaginary state. When this scenario and the phases of the drills are taken into consideration, it is observed that Russia is making efforts to fight against both conventional and asymmetrical threats such as terrorism and extremism along with its potential allies in the region.

The scenario is also interesting for China. The statements of China on the issue of Uighur Turks, in which international community often emphasizes its concerns, are mainly on pursuing policy to prevent the spread of radical Islam and extremism[4]. With this regard, it is also interesting that China participated to the drills in the strongest way.

Particularly at these times, when the agreements on disarmament are being suspended, the military drills with high attendance are becoming priority for the powerful states. Certainly, a strong message is conveyed both in internal and external affairs through these drills. They also show how the concept of global disarmament is being undermined. Therefore, the Tsentr19, which is the latest drill of Russia and conducted through the participation of seven other countries on 16-21 September 2019, has a significant role on evaluating the efforts to form new military alliances and the recent stages of the arms race.