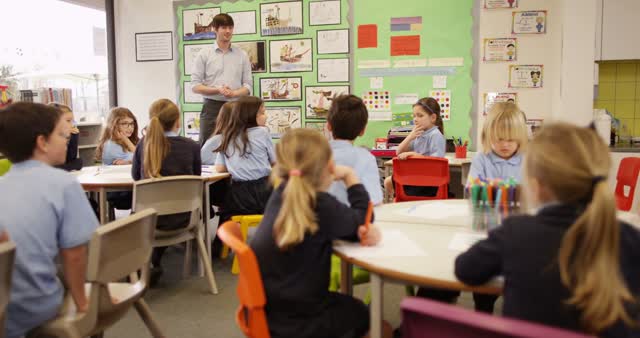 1960’s and 70’s witnessed the resurgence of an Armenian campaign of defamation in the most virulent form against Turkey alleging that a ‘genocide’ was perpetrated by the Ottoman Turks at the turn of the century against the Armenian citizens of the Ottoman Empire. This campaign has continued relentlessly ever since, also resorting to ugly terrorist attacks with the assassination of over 50 Turkish citizens, mostly diplomats and their immediate relatives, in different parts of the world by Armenian terrorists. The terrorists have manifested a ruthlessness that, even by today’s tragic standards, stuns the sensibilities. For example, the Armenian terrorist bomb which exploded at the Orly Airport Turkish Airline counter in 1983 killing eight was intended to be detonated in the airplane luggage compartment when the plane was airborne with scores of men, women and children.

In that period four Turkish diplomats -two Consuls General, a Vice-Consul and an Honorary Consul General - had been assassinated on United States soil. In Canada, Armenian terrorists murdered the Turkish military attaché and wounded the commercial attaché of the Embassy. In a separate terrorist attack they blew up the front door of the Turkish Embassy in Ottawa with the intention to kill the Turkish Ambassador and also killed a Canadian guard in the process. The terrorists justified all these attacks as acts of vengeance for what they termed the “genocide” against Armenians in the Ottoman Empire. In more recent years the Armenian lobby, particularly in the US, they have tried and are still trying despairingly to influence parliaments to adopt resolutions affirming their baseless claims in terms of “genocide recognition”.

As it was mentioned above, the bomb explosion in Orly Airport on 1983 killed eight people of which four were French, two were Turks, two Swedes and one American. A French court between February 19 and March 2, 1985 tried and found guilty three ASALA (Armenian Secret Army for the Liberation of Armenia) terrorists and sentenced one of them to life imprisonment, and the other two to fifteen and ten years. In the course of  the trials the third party representing the interests of the Turkish victims called for the testimonies of, among others, Mümtaz Soysal and Türkkaya Ataöv, then professors at the Faculty of Political Science of the University of Ankara. The following excerpts from the testimony of Professor Mümtaz Soysal are not only illuminating but also represent an academic guidepost for studies of young academicians on baseless “genocide” claims:

“As a jurist, I am surprised by the ease, in fact the lighthearted way in which the term ‘genocide’ is used especially in this country by everyone from statesmen to the mere partisans of the Armenian cause. And yet this term refers to a well-defined crime, the definition of which has been given in an international convention made after the Second World War. ‘Convention for the Prevention and the Repression of the Crime of Genocide’, approved by the General Assembly of the United Nations in its resolution of December 9, 1948 and which went into effect on January 11, 1951, convention of which Turkey signed and ratified…Yet terrorism persists and people continue to talk of the ‘genocide’ of seventy years ago. Why? Because genocide is a crime against humanity and that the convention which I have already mentioned defined it as a ‘crime against humanity’. It is easily possible, in speaking of genocide, to influence world public opinion, to mobilize it against a State, a nation or people. It is also an imprescriptible crime, a crime that must be punished regardless of the time at which it had been committed. The authors of that crime must therefore be chastised everywhere and at all times and, since this crime, in the eyes of the Armenian terrorists, is one that can be attributed to all the Turkish nation, the representatives of the present Turkish State and its citizens must be punished: young diplomats, whose parents were not even born at the time of the incidents, simple workers boarding their national airliner to go on board leave. This is why Armenian terrorists prefer to distort history and to describe as genocide a human tragedy by two people in circumstances of war.”[1] The testimony of Türkkaya Ataöv demonstrated the the falsehood of certain documents which Armenian activists used to substantiate their claims.

The Armenian campaign against Turks and the state of Turkey has been continued relentlessly since then. Turks and the Turkey are faced not only with baseless accusations but struggled against and suffered terrorist attacks. Not only in the legal field, but also academically the Armenian claims are perpetuated. Armenian efforts for labelling the year 2015 as the centennial of what they term the “genocide” ended with disappointment. These baseless claims were refuted by the Grand Chamber of the European Court of Human Rights (ECHR) in 2015 that rejecting the characterization of the 1915 events as genocide does not constitute hate crime or racial discrimination. The judgement of the ECHR Grand Chamber has significant implications for the baseless genocide allegations.

In this context it should be underlined that recent Armenian propagandistic efforts in relation to the adoption of a resolution by a US state amounts to nothing more than consoling themselves with paltry and entirely symbolic “successes”. One way or another, in spite of all efforts to conceal it, the truth will come to be known. It goes without saying that promoting academic studies and independent research on the issue and enlightening the upcoming generations concerning the baseless allegations are of prime importance. Thanks to relentless efforts exerted for years for the education of young generations, especially through the higher education, searching for the truth is now widespread. One of the most important success of Turkey in this field is to bring to the fore a young generation without indoctrinating them with one-sided categorical thinking. This step-by-step analytical approach in fact very carefully avoided from brain-washing by way of which one can easily end up with hate-speech and hate-crime. This step-by-step, patient but decisive approach today is more effective for “combatting falsehoods” than ever since it takes its strength from the naked truth. As Shakespeare stated in The Merchant of Venice, “But in the end truth will out.”

Let no one ever err that Turkey and Turkish people will succumb to political manipulations and historical distortions.