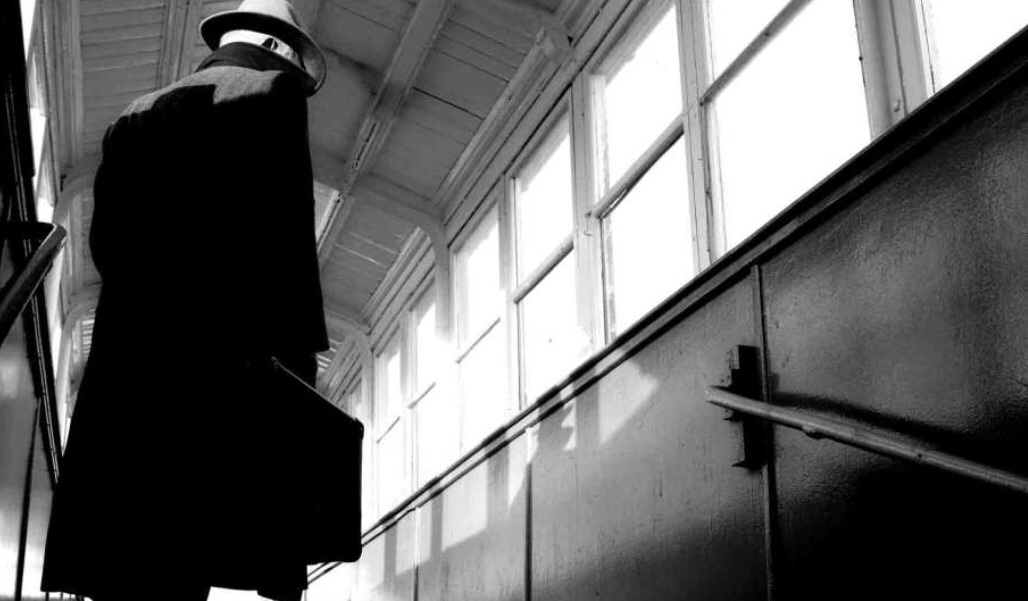 In his recent article entitled “Russia’s foreign agents in America: Trump Connection of Armenian Lobbyists” Peter Tase pointed out historical contribution of ethnic Armenians to Russian Foreign Policy. The author argues that the Armenian espionage was effectively utilized for lobbying activities by Russians. Tase specifically mentions the involvement of Armenian NKVD (People's Commissariat of Internal Affairs) and later KGB agents to the Russian-oriented policies all around the world.

The features creating the image of a nation forms a pattern that is hard to change. The characteristics evolved throughout history becomes unique and reiterates itself in different time periods. For the Armenians’ case this is offering their services for the “Big Brother”. Armenian people living all around the world were deliberately, systematically and organizationally turned into Russian agents in different periods.

By referring to the articlewritten by Peter Tase about the espionage of Armenians for the Russians we will try to elaborate on this case as an important dimension of the Armenian history. Different historical instances from the early 20thcentury of the “Armenian Case” in the Ottoman Empire are going to be utilized in order to strengthen the point we have mentioned. Taking into account the current relations between Armenians and Russians, where the former stands in the subordinate position even after gaining their independence, the article will emphasize that historical roots of Armenian espionage activities in favor of Russians go deeper than most know.

Tase refers to the interview given by one of the most prominent Armenian spies, Gevork Vartanian who talks about the usage of “golden key”, unless the languages he knows is insufficient for communication. The meaning concealed behind this expression is later explained by the interviewer of the ex-Soviet agent.

Known as the “national hero” of the USSR due to his “courage” for hindering plot attempt against Churchill and Stalin in Tehran conference in 1943, Vartanian remains as a very controversial figure to this day. While this fact about Vartanian’s life is indeed publicly promoted, there are nonetheless a number of hidden issues related to the Vartanian’s career as a spy, lasting for almost five decades. Gevork Vartanian lived and worked as a Soviet agent in dozens of countries. Certainly, his works abroad are not publicly disclosed even today, but post-mortem honor and reverence given to him in the highest levels of the Russian government can indicate the degree of his contribution to the Russian politics. This input, apparently was possible due to the usage of the “golden key”, the literal reference to the Armenian language. Tase analyzed this point more profoundly, by indicating that the Armenian language was mostly used as a tool of communication, considering that the influential people with Armenian descents living in different parts of the world do not hesitate to give their assistance for providing Armenian spies with necessary information.

Inspired from Vartanian’s case Tase questioned the invisible entrance of Armenians into the lives of different societies. In his analysis, Tase first of all emphasized that the difference between the Soviet era and the current period of sophisticated technology should be taken into consideration. By the utilization of the means of social media both the political leaders and the masses are indeed much more easily accessible for outside influence.

In this era of high technological developments another important dimension of the Armenian espionage, based on the increased reliance of journalists and reporters, was underlined by Peter Tase.  In order to rescue themselves from the image of clumsy-Russian media tradition, the media company owners and anchors from the Armenian ethnicity tried to imitate the sophisticated Western media outlets. It certainly contributed to their acknowledgment in a much wider geographical scope. Tase gave the example of relations between the American policy-makers and the anchors of Armenian descent who work for “Russia Today” (RT) by referring to their contribution for building warm relations with the Russian government members. Regardless to the fact that Armenia gained its formal independence, Armenian “agents” still continue their contribution in assisting the realization of Russian national interests in various parts of the world.

As the last circle of contemporary Armenian espionage machine Tase pointed out business relations conducted with top US politicians through accessing their companies as employees to obtain inside-information. By gaining their respect and reliance the Armenian employees maintain good relations with the politicians. By referring to the affairs developed between the senior employees of Trump Inc. and Trump family, and the activities of Armenian lobby in the Trump campaign, Tase demonstrates the influence of this ethnic minority among the current policy makers of the USA.

The history of Armenian espionage abroad is enrooted to much earlier times than Vartanian’s case. The most efficient one was the utilization of Armenian spies by Russians within the borders of Ottoman Empire. Through reviewing some reports written to the central government by Russian consuls and military officers in the early 20thcentury we become aware of the organizational background of Armenian espionage.

By using the Ottoman Armenians employed in various positions of the Ottoman State at both central and local level, the Russians were able obtain inside information from the Ottoman administration. For instance, the Report of Russian Empire’s vice-consul in the Ottoman province of Van, Sergei P. Olferyev to the headquarters of Caucasian Military District in 1911 indicates the data about robbery of armory and bullets from the citadel of Van. In his report, Vice-Consul Olferyev revealed that the information he got on this issue was acquired by the secret military agent, who was an Armenian working in the local police and was actually being paid by the headquarters of the Caucasus Military District. The agent in question learnt the details of the robbery case from Turks and then passed it to the Russian Vice-Consul. The fact of obtaining information from Turks while working within the police station of Van itself indicates that Armenians were integrated and fused into the Ottoman society while still maintaining their assistance to Russians[1].

Not surprisingly because of their loyalty to Russians examined throughout history, Armenians were always considered as reliable agents by the Russian authorities. The activities of the secretary of the Russian Consulate, Evgenii E. Vyshinskii in the Ottoman province of Erzurum is another case in point. Erzurum was an important fortress town and strategically played a very crucial role in the Ottoman defense plans against a possible Tsarist invasion. It dominated all the roads from Russia into the Ottoman Empire and all the roads to the Ottoman Capital, Istanbul, as well as to Persia. The city’s strategic importance was shown to the Russians during the Ottoman-Russian War of 1877-78, when the Russians failed to capture the city and the advance of their armies had been stopped. Colonel Vyshinskii’s appointment to Erzurum was no coincidence. Vyshinskii was a military officer serving in the Russian Caucasus Military District. In 1908 he was appointed as the secretary of the Russian Consulate in Erzurum but his actual task was to act as a military agent in order to collect as much intelligence as possible. In addition of collecting information about the Ottoman military forces in the area and the mood of the local population, Vyshinskii also toured the region extensively and collected information on the terrain and the topography, frequently preparing new maps for the Russian army. He also organized a spy-network consisting of local Ottoman Armenians in order to obtain intelligence. Years later, Russian General Pavel Shatilov recalled the crucial role played by Vyshinskii:

A few months prior to 1914thwar colonel Vishinskiy was appointed as the chief of headquarters of General Staff in the Caucasian Front. Young officer Klerzhe from the General Staff was appointed to his position. Colonel Vyshinskii gave to captain Klerzhe his agents, mostly consisting of Armenians who are reliable elementsof the population[2].

Furthermore, in these reports we get to know that Armenian spies assisting Russians on the dawn of the World War I were not just random people living in the territory of Ottoman empire, but there was a systematized, organizational form of Armenian espionage extending to the contemporary period. Simultaneously, the contribution of this organization to the success and failure of Russian side was also underlined in the memoirs of another Russian General, E. V. Maslovskii, serving the Russian Caucasus front:

Until the start of the war we have managed to acquire data about the local population. When the talented colonel of the General Staff was replaced with the new one who was not as successful as the previous, the things had changed. This colonel eradicated the system of the espionage formed mostly from the Armenian population sympathizing with us. By the efforts of this colonel the organization established with hard work in many years had been liquidated with the intention of replacing it with a new one. But he could only root out the existed organization and it was too late to reestablish a new one till the onset of the war. It hardened the work of the organization by impeding the Russian access to the necessary data. And only colonel Drachenko spent too much effort to reformulate the old espionage organization where Armenians played a crucial role[3].

There are many more samples about the Armenian espionage, only such kind of historical background could bring up the Armenian spies of the modern times.

Regardless to the temporal and spatial transformations it seems that Armenians do not want to change the suit of Russian agents sewn by the “Big Brother”. The Armenian espionage machine have developed itself and adjusted itself to the circumstances of the contemporary era. Nevertheless, it should be underlined that building an image of foreign power’s spy abroad would not bring any privilege to a nation. Such kind of a tradition would only attest to the unreliable position of the Armenians in the eyes of the international community.