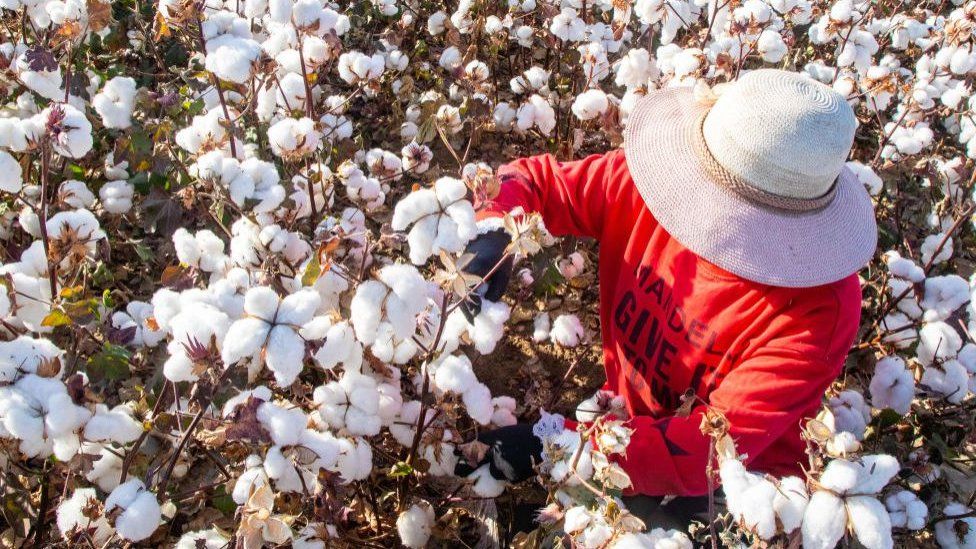 On 5 December 2020, what Nick Cohen, an observer columnist at the Guardian, has written was sensational. Drawing on the concept of forced labour, he was telling his readers that slavery was about to become something people are getting used to today. He referred to the Uyghurs in the Chinese cotton industry and their conditions in the ‘workplace.’ Moreover, Cohen referred to lobbyists of major companies such as Apple, Nike, and Coca-Cola, because they have been accused of weakening the Uyghur Forced Labor Prevention Act. The reason behind the accusations against these companies was that they did not want to harm their supply chains in China.[1] Among the companies mentioned in the report, there were also those who did not remain passive. For example, the Swedish clothing giant, H&M, announced that they would no longer supply Xinjiang products and cut off their “indirect” ties with Chinese suppliers.[2]

The major companies and news related to them do not fall off the agenda lately. This time, Huawei is at the forefront because it was accused of testing a facial recognition system to detect Uyghurs. Upon this, a very famous football player announced that he ended his affiliation with the brand. The football player called Huawei “to take concrete actions as quickly as possible to condemn this mass repression.”[3] Huawei did not accept the charges and stated that the technology they developed did not serve such a purpose.

How about the consumers? In the continuation of his writing, “Do consumers want to know where they [smartphones, smart clothes, and smart trainers] come from or have their supply disrupted by prohibitions?,” Cohen was provokingly asking.[4] Regardless of the answer, it seems certain that news regarding well-known companies in the media attracted attention from all over the world to the suppression faced by the Uyghurs and other minorities in Xinjiang.

On the other hand, close economic ties between China and Western consumers/producers could cause China’s oppressive policies over its minorities to be overlooked. In other words, as David Mark puts it, the more the Western world becomes dependent on Chinese products, the more they will be supporting these policies implemented over ethnic minorities “that historically speaking were never under Chinese rule.”[5] However, if we turn the other side of the coin, it seems that putting China in a difficult situation could lead China to follow more brutal policies towards the Uyghurs.

One of the widespread views put forward in the media was that people and companies should look to their consciences in overcoming the tragedy faced by Uyghurs. However, it may be more than a matter of conscience of people or companies. This may be an issue where states need to take more concrete steps. Over the past few years, many countries have expressed serious concerns regarding Uyghurs and other ethnic minorities’ conditions in China. This year in June, the President of the United States had signed a bill (i.e., the Uyghur Human Rights Policy Act) to end the violation of the human rights of Uyghurs and sanctions imposed over China. More recently, over accusations of forced labor and the situation of Uyghurs and other Muslim minorities in Xinjiang, the European Parliament adopted a resolution, calling on the EU to impose sanctions.[6] The Parliament did not neglect to call for companies to (re)consider their affiliation with the region and investigate their supply chains.

As mentioned above, the news regarding the repression of Uyghurs is continuously brought to the international community’s attention. It seems that a pile of evidence gathered by journalists, scholars, and human rights activists has had a significant influence on this. The situation of Uyghurs is an issue that AVIM also approaches with great sensitivity. In this regard, the two important commentary writings considering the international community’s reactions to China’s treatment of the Uyghurs and other minorities have been published this year. By referring to the Uyghurs’ significant role, what can be done to eradicate the tragedy faced by the Uyghurs was pointed in one of the commentaries.[7] Adhering to the idea presented in that commentary, it should be emphasized that Turkey’s political and economic relations with China become significant at this point. Therefore, the situation of Uyghurs in the relations between the two countries are also of great importance. The Uyghurs can serve as a bridge between Turkey and China in improving the relations between them. Slowly but surely, it may be possible to overcome difficulties.

[1] In March, a report prepared by a think-tank in Australia has been published. According to the report, Uyghurs and other minorities in the Xinjiang Uyghur Autonomous Region have been forced to work in the supply chain of companies producing well-known brands that are Western based. For more detailed information, please see the commentary published by AVIM; Gülperi Güngör, “Factories Using Forced Labour of The Uyghurs Provide Supplies for 83 Well-Known Brands,” Center for Eurasian Studies (AVIM), Commentary No: 2020/8, March 9, 2020, https://avim.org.tr/en/Yorum/FACTORIES-USING-FORCED-LABOUR-OF-THE-UYGHURS-PROVIDE-SUPPLIES-FOR-83-WELL-KNOWN-BRANDS.

[4] Nick Cohen, “Slavery will never be history as long as we turn a blind eye to China,” The Guardian, 5 December 2020, https://www.theguardian.com/commentisfree/2020/dec/05/slavery-will-never-be-history-turn-blind-eye-to-china.

[7] “US President Trump’s Decision to Impose Sanctions and Uighur Turks,” Center for Eurasian Studies (AVİM), Commentary No: 2020/19, June 30, 2020, https://avim.org.tr/en/Yorum/US-PRESIDENT-TRUMP-S-DECISION-TO-IMPOSE-SANCTIONS-AND-UIGHUR-TURKS#_ftnref3. Also see the other commentary that is already mentioned in this writing; Güngör, “Factories Using Forced Labour of The Uyghurs Provide Supplies for 83 Well-Known Brands.”