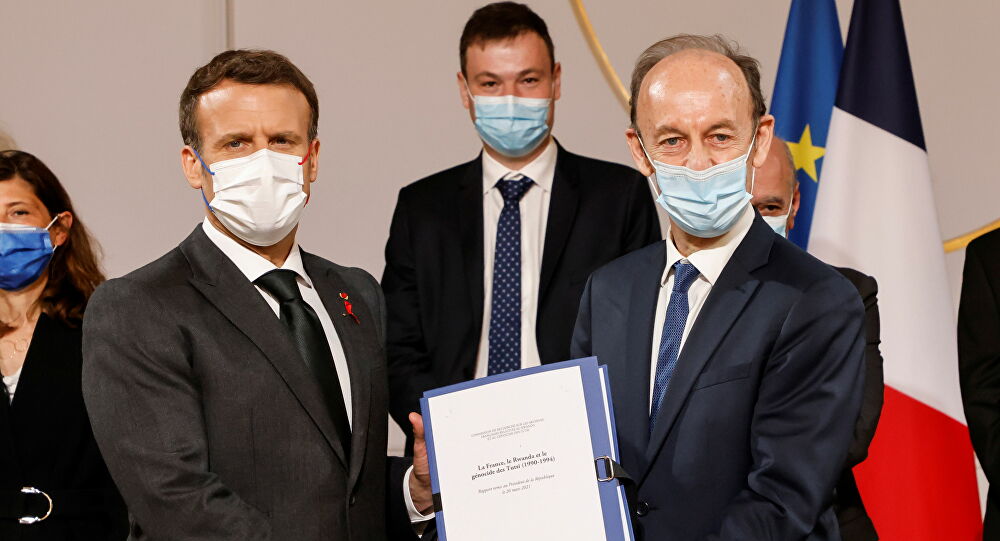 One of the darkest chapters in modern human history, the Rwandan genocide that took place between April and July of 1994 and was acknowledged internationally as the verdict was given by a judicial authority defined in the 1948 (UN) Convention on the Prevention and Punishment of Genocide, refers to the mass slaughter of nearly a million Rwandans. They were overwhelmingly Tutsi. It began after the plane carrying Rwandan President Juvénal Habyarimana was shot down over Kigali on 6 April 1994. In the aftermath of the incident, not just the genocide itself but also the failure to stop the violence in Rwanda were highly debated. Some western countries, such as France, were at the center of these discussions. It is not correct to express this as a past event as accusations targeting France’s action in Rwanda before and during the genocide are still heavily speculated.

Two years ago, to delve into France’s action in Rwanda before and during the genocide, an official commission of historians and researchers, headed by Vincent Duclert, was set up by French President Emmanuel Macron. Historian Duclert presented the report a few weeks ago. According to the findings of this 1,200-page report, including reference to some sensitive and newly opened archives, France is not complicit in the slaughter. On 31 March 2021, Vincent Duclert spoke to France 24 and said:

The discussions concerning the report immediately vibrated in the international media. In the report, according to Al Jazeera, the French authorities under Mitterrand was criticized “for adopting a ‘binary view’ that set Habyarimana as a ‘Hutu ally’ against an ‘enemy’ of Tutsi forces backed by Uganda, and then offering military intervention only ‘belatedly’ when it was too late to halt the genocide.”[2] TRT World reported that Rwanda President Paul Kagame, referring to a report published recently, said that “France’s Mitterrand and his close aides knew a genocide against Tutsi was being planned by their allies.”[3] The discussions similar to these may continue in the coming days. However, it is a frequently repeated fact in most of the news that “France did not do enough to halt the killings” and bears “heavy and overwhelming responsibilities” in the Rwandan genocide.[4] Considering what has been spoken so far, the common opinion that France did not do enough to end the genocide is primarily due to the failure of Operation Turquoise, the French-led military-humanitarian intervention in Rwanda.

As quoted above from Vincent Duclert, it may not be the only question why France turned a blind eye at that time needs to be addressed. What France will do about these facts is another critical question about the truth that is now beginning to emerge.

At this point, it is necessary to recall something from four years ago. During a visit to Algeria, when Emmanuel Macron was running for president, he said that colonization is a crime against humanity, and “It’s truly barbarous, and it’s part of a past that we need to confront by apologizing to those against whom we committed these acts.”[5] At that time, the politicians on the right did not welcome these words. However, after he was elected, contrary to his predecessors, he took a step further in unfolding France’s action in the 1954-1962 Algerian war of independence. As in the case of Rwanda, a commission was created to examine France’s historical relationship with Algeria. Historian Benjamin Stora delivered a report to Macron in January 2021. Upon this, the French presidency stated that “It is a ‘process of recognition’ but there was no question of showing repentance’ or of ‘presenting an apology’ for the occupation of Algeria or the bloody eight-year war that ended 132 years of French rule.”[6] The presidential office reported that “the French leader would instead take part in ‘symbolic acts’ aimed at promoting reconciliation.”[7]

After the report that concerns France’s role in the Algerian War of Independence between 1954 and 1962, this second report on the 1994 Rwandan genocide was released. Still, it seems that there will be no apology from France for either atrocity. This does not mean that nothing will change. On the contrary, the long-strained relations between Paris and Kigali will likely take a turn in the context of tangible improvements. Undoubtedly, the conclusions of this report will accentuate this process. What France did and what France did not do -what is written and what is omitted in the report- should also be analyzed by all parties.

The report certainly raised many questions, so it seems that it is just the beginning of the process. After all, there are other issues regarding the genocide that need to be resolved. The extradition of genocide fugitives in France stands out as another issue between Kigali and Paris.

[1] France 24, “Rwanda welcomes report on French role in genocide,” YouTube, April 7, 2021, https://www.france24.com/en/video/20210407-rwanda-welcomes-report-on-french-role-in-genocide. To access the video of the interview in French, please click on the link below: https://www.youtube.com/watch?v=ksER0-IusaQ.