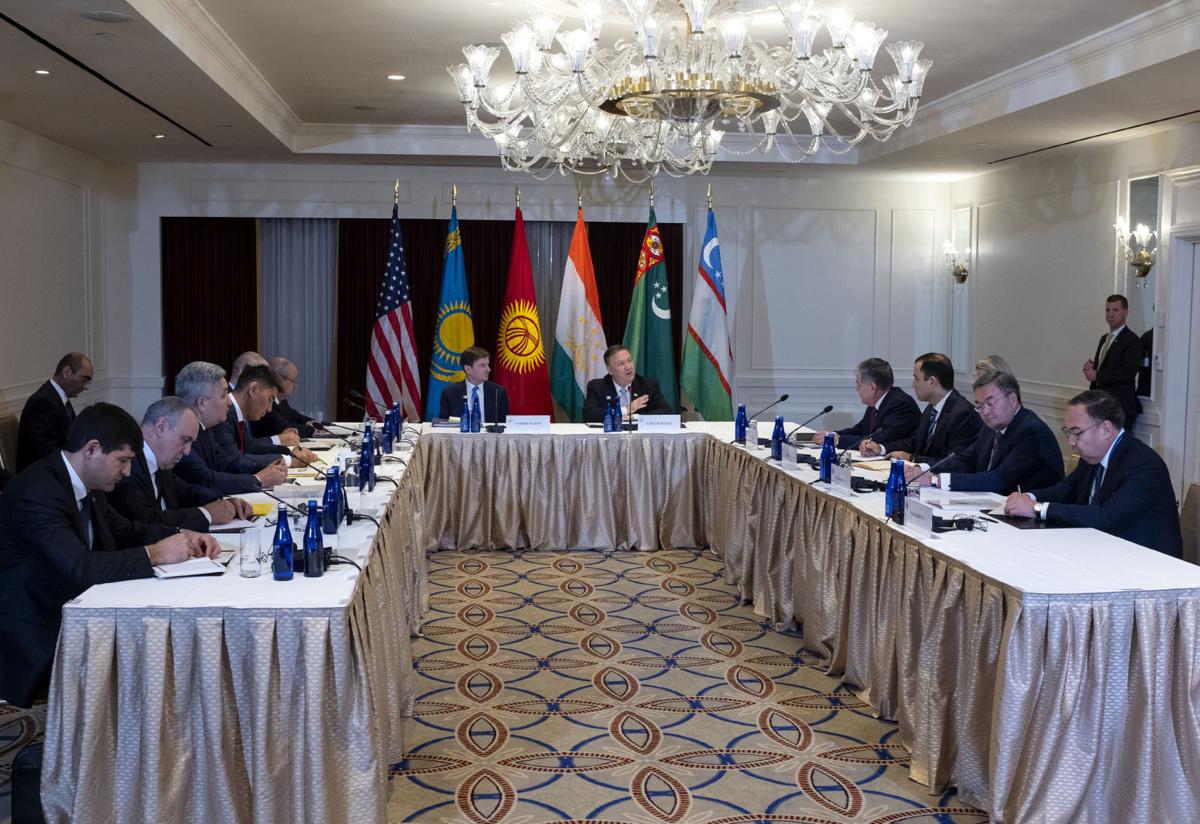 AVİM has made an  evaluation on current developments in Central Asia recetly[1]. As it is stated in this evaluation, the 19th Summit of the Shanghai Cooperation Organization’s (SCO) Council of Presidents had taken place in Bishkek on 14 June 2019 and the issue of security was on the agenda. On the other hand, the Chinese President stressed the need for further regional and international cooperation with Iran. One of the fields of cooperation between China and Iran was planned to be within the scope of fight against terrorism and organized crimes.

The negotiations on security issue pertaining to Asian region was not limited to these developments. After the Conference on Interaction and Confidence Building Measures in Asia (CICA) was held on 15 June 2019, leaders signed a joint declaration.

Secondly, Uzbekistan’s President Shavkat Mirziyoyev met with US Under Secretary of State for Political Affairs David Hale. Hale stated that the United States attaches great importance to the reforms carried out in Uzbekistan, the steps towards increasing the freedom of citizens and the attempts to raise the quality of life[3]. The problems between the two countries discussed in detail and the latest developments on the international agenda were also covered. Apart from the C5+1 meeting platform, it is noteworthy that the US holds bilateral negotiations with the representatives of the Turkic Republics of Central Asia. These talks indicate that the relations between the US and Central Asian countries will not be short-lived.

Another important step towards improving relations between the Central Asian Turkic Republics and the US was recently taken. Within the scope of the 74th session of the United Nations General Assembly in New York, US Secretary of State Mike Pompeo came together with the foreign ministers of Kazakhstan, Kyrgyzstan, Turkmenistan and Tajikistan at a meeting in C5+1 format. Trade and investment cooperation issues among these countries were discussed during the meeting. It was underlined that the necessity of increasing economic cooperation in line with this platform in order to attract the US investment and technology to Central Asia. In addition to this, it was stated that C5+ format has become an effective tool to improve the transit infrastructure and to strengthen environmental protection and regional security and stability.[4] He stressed the economic contribution of Central Asian countries in taking positive steps in business and expressed that cooperation with Afghanistan should be improved.[5] Developments between the US and Central Asian Turkic Republics demonstrate that Asia does not just consist of Russia and China.

Another remarkable detail of the meeting was that Minister Pompeo told the foreign ministers of the Central Asian Turkic Republics that collaboration should be ensured in the fight against terrorism. During the session, the US Secretary of State did not neglect to carry out the evaluation about the repressive policies of the Chinese government towards the Uighur Turks in the Xinjiang Uyghur Autonomous Region. Pompeo made the following statement “I want to make it clear that the China’s repressive campaign in Xinjiang is not about terrorism. It’s about China’s attempt to erase its own citizens’ Muslim faith and culture. We call on all countries to resist China’s demands to repatriate the Uighurs”.[6] Pompeo had previously met with Mihrigül Tursun, who escaped from China’s concentration camps in Xinjiang, and relatives of other prisoners. After this meeting, State Department spokesman Palladino called on the Chinese government to release prisoners in the camps and he promised that the United States would support Muslims and other minorities against these repressive policies. The Xinjiang crisis, which does not fall of the agenda of US senior officials, appears to continue to play an important role in the ongoing political and economic disputes with China. On the other hand, Pompeo’s emphasis on this issue at the meeting with the Ministers of Foreign Affairs of Central Asia points to different aspects of possible cooperation with these countries.

Apart from the meeting of US Secretary of State Mike Pompeo with the Ministers of Foreign Affairs of the Central Asian Turkic Republics, another important gathering was held within the scope of the United Nations General Assembly. Kazakhstan President Tokayev, who attended the dinner given in honor of the Presidents of the United Nations Assembly, had a short meeting with US President Donald Trump.[7] In a statement considering this meeting, the strategic partnership between the United States and Kazakhstan will continue to be developed in many other fields, especially in the field of security.

It is quite noteworthy that the Central Asian Turkic Republics have recently engaged in cooperation with the United States, which may have a global impact. Not only to the Central Asian countries, but also to the whole world, the US gives the message that they do not leave these countries alone against China and Russia, even if it is a late reaction. Particularly at these times when military exercises of Russia have been conducted with China and the Turkic Republics of Central Asia, the US attempts indicates that it is an effort to balance the condition in the region.

If we look at the matter in terms of Turkey, as it is known in recent months, founding members of Turkic Council, namely Turkey, Azerbaijan, Kazakhstan and Kyrgyzstan, had series of important meetings. In the Council, in which efforts to increase cooperation in many areas, particularly economic and political fields were made, there have been significant developments that took place in bilateral and multilateral relations between these countries. One of the developments was that the Secretary General of the Turkish Council Baghdad Amreyev expressed that President of Uzbekistan Shavkat Mirziyoyev will also attend the 7th Turkish Council Summit in Baku, the capital of Azerbaijan.[8] Considering from this point of view, ties among Turkey and the Turkish Republics in Central Asia appear to be rising day by day. The current multifaceted ties with these Central Asian countries are now strengthened by economic, political and social partnerships. Thus, it should be noted that Turkey is an important ally in order to deepen the strategic partnership with the Turkish Republics in Central Asia.