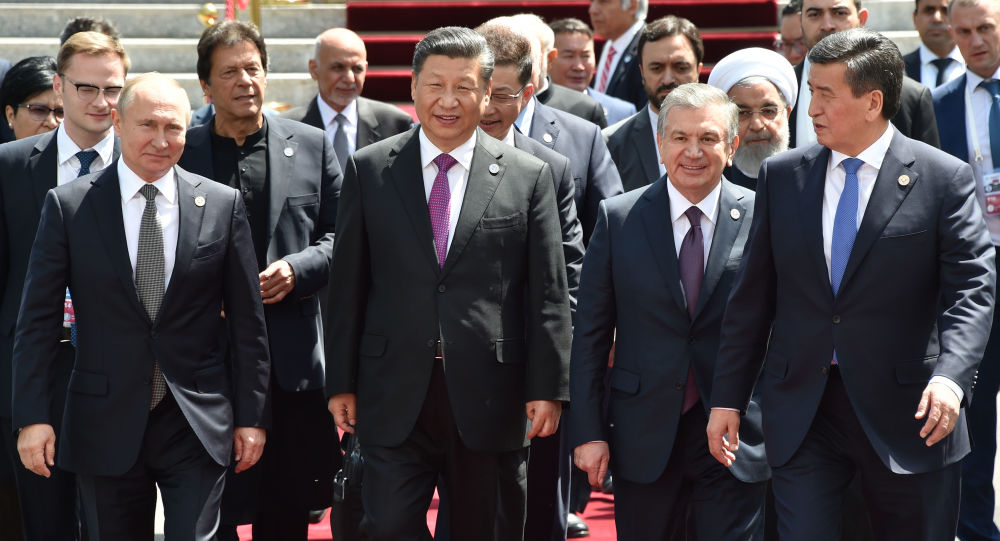 Although June has been a month during which important events have taken place for the world public opinion, as usual, Turkey’s media has mostly followed West-based developments such as the European Parliament election and BREXIT. In this article, we aim to touch upon the developments that have occurred last month in Central Asia or have directly influenced the region and to provide insight to our readers on these subjects.

The first important development regarding the region was the Kazakhstan Presidency election that took place in 9 June 2019. Upon Nursultan Nazarbayev leaving his office after about 30 years, Kassym-Jomart Tokayev was elected as the president with 70.76 percent of the votes.[1] The Central Election Commission in Kazakhstan stated that Kassym-Jomart Tokayev, who was supported by the former President Nursultan Nazarbayev, had won the presidential election. Tokayev declared his victory by obtaining 70.8 percent of the votes. The Organization for Security and Cooperation in Europe (OSCE) stated that it observed wide-spread irregularities in the election. Tokayev responded to the OSCE report by stating "I know how they prepare these reports and how they evaluate with political prejudice based on which country they work in."[2] Various experts of the region are not expecting significant changes in the foreign policy of Kazakhstan in the period of Tokayev. However, some of them state that they are curious about what kind of a balance Tokayev, who knows Chinese, will establish between China and Russia.

Another important subject headline of the summit was the damage that the United States had inflicted to international agreements. Iran brought up the subject when Iran’s President Hassan Rohani stated; "The US government over the last two years, is violating all the international structures and rules. Using its economic, financial and military resources, it has taken an aggressive approach and presents a serious risk to stability in the region and the world."[4] The President of China Xi stated that China will continue its strategic relations with Iran, and expressed that; "The US’ unilateral withdrawal from the JCPOA is the main factor for escalation of tensions in the region."[5] The Chinese President emphasized that China will continue regional and international cooperation with Iran and indicated that it will increase cooperation in the field of combatting terrorism and organized crime. Xi expressed his gratitude for Iran’s support towards the Belt and Road Initiative.[6]

After the summit, the "Bishkek Declaration" was signed. With this declaration, it was relayed that the SCO signed memorandums that foresee cooperation with the World Trade Organization, United Nations (UN) Office for the Coordination of Humanitarian Affairs, and the Astana International Finance Center.[7]

In 15 June 2019, the Conference on Interaction and Confidence Building Measures in Asia’s (CICA) 5th Heads of State and Government Summit was held in Tajikistan’s capital Dushanbe. In the summit attended by Russia’s President Vladimir Putin, China’s President Xi Jinping, Iran’s President Hasan Rohani, Ozbekistan’s President Shavkat Mirziyoyev, Kazakhstan’s President Kassym-Jomart Tokayev, Kyrgyzstan’s President Sooronbay Jeenbekov, Bangladesh’s President Abdul Hamid, Sri Lanka’s President Maithripala Sirisena, Afghanistan’s Chief Executive Abdullah Abdullah, Azerbaijan’s Prime Minister Nevruz Memmedov, Cambodia’s Prime Minister Hun Sen, and Turkey’s President Recep Tayyip Erdoğan, high level officials from Bahrain, Vietnam, Egypt, Israel, India, Jordan, Iraq, Qatar, South Korea, Mongolia, United Arab Emirates, Pakistan, Palestine, Thailand, Belarus, Indonesia, the US, the Philippines, Malaysia, Ukraine, and Japan and representatives from organizations such as the United Nations (UN), the Organization for Security and Cooperation in Europe (OSCE), Shanghai Cooperation Organization (SCO), Commonwealth of Independent States (CIS), and the Parliamentary Assembly of Turkish-Speaking Countries (PATSC) were also present.[8] The President of Tajikistan Imamali Rahmanov expressed that the broader Asian region is facing new struggles at the present time and emphasized the importance of Tajikistan further improving its efforts to tighten security, stability, and peace, deepening multilateral cooperation, implementing confidence building measures in the political, economic, environmental and humanitarian fields during its CICA process. The leaders signed a joint declaration after the summit. In the declaration, it was indicated that the principle of not interfering in the domestic or foreign affairs of states was fully supported, and it was stated that; "We support every state’s right to determine its own political system and [in this regard,] no state or group of states has/have the right to intervene directly or indirectly, for whatever reason, including with the aim of changing the legitimate governments."[9]

Another relevant development on the global scale was the G-20 Summit hosted in Osaka by Japan at the end of June. For certain, the summit, functioning as a platform for many important subjects, provided the possibility for Russia, China, and India to once again come together. Formations such as the Belt and Road Initiative and the Eurasia Economic Union were the main subjects in the bilateral and trilateral discussions during the summit.[10]

It is quite wrong to think that Asia’s increasing importance in international relations with each passing day is limited to the Asia-Pacific or Northeast Asia. Along with many important actors increasing their influence in the region across different avenues, the regional countries’ state systems have fallen further into place and these countries appear more decisive in pursuing foreign policy in the 28th year of their independence following the collapse of the Soviet Union. It is important that the developments occurring in the region are followed by Turkey not only at the state level, but also at the media and public opinion level.