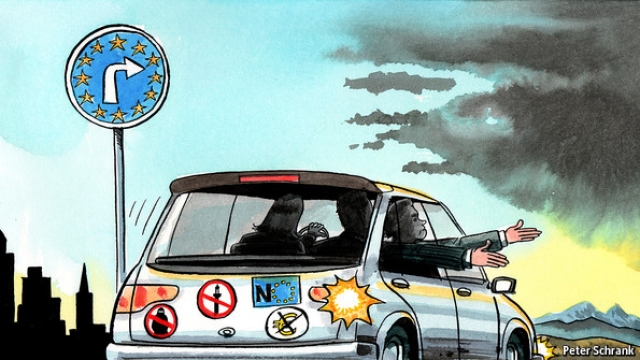 In our various articles,[1] we had written that religion plays an important role in the 1915 Events and the related Turkish-Armenian controversy. A strategy based on four elements is pursued for the presentation of the 1915 Events as genocide. These four elements are as follows: law, politics, history, and religion. In this context, the importance of religion stems from its capacity to appeal directly to people’s emotions.

When the works putting forth the genocide narrative concerning the 1915 Events through religious themes are analyzed, it is possible to observe an emphasis on the following point; Armenians are always the victimized and downtrodden “first Christian nation”, while Turks are always the victimizing and cruel Muslims.[2] In other words, through the publication of such articles, what is being attempted is the creation of the “angelic Christian Armenian” and “demonic Muslim Turk” imagery in people’s minds. Sometimes authors go so far as the allege that Turks not only attempted to exterminate the Armenians, but also other Christian groups such as the Greeks, Assyrians, Chaldeans, Syriacs, Arameans, and Maronites. With this narrative, in the words of Justin McCarthy, what is being attempted is to portray Turks as “genocidal maniacs.”

As we had indicated in our previous articles, the purpose of using this method is to gather the attention of various Christian groups through the utilization of the “angelic Christian Armenian” and “demonic Muslim Turk” imagery and thus forge a Christian solidarity concerning the Armenian genocide narrative. It can be said that this strategy has yielded results, as many Christian groups have demonstrated a tendency to unquestioningly support the Armenian genocide narrative without bothering to examine the historical data concerning the 1915 Events. The past statements made by Pope Francis (the spiritual leader of the Roman Catholic Church) and by the World Council of Churches (in which the Armenian Apostolic Church and the Union of the Armenian Evangelical Churches in the Near East are members) serve as good examples for this tendency.[3]

The use of religious themes in order create Christian solidarity for the genocide narrative continues unabated. We can give the commentary titled “America and Armenia: Faith, Freedom, and Friendship”, published in December 2018 in the diaspora Armenian press in the US, as an example for this:

“America must stand by our ally Armenia, affirming the deep civilizational ties between our two nations, celebrating our shared history – dating back to the time of American relief efforts for victims of the Armenian Genocide – and further strengthening our commonly held commitment to democracy, human rights, and religious liberty. We can and must do this in faith, freedom, and friendship.

Faith: To start, America should speak honestly about Turkey’s attempted World War I-era annihilation of its Christian population, including Armenians, Greeks, Assyrians, Chaldeans, Syriacs, Arameans, and Maronites. The United States government and American civil society saved countless survivors, providing relief supplies to hundreds of thousands of Armenian and other Christian refugees through Near East Relief [the American Committee for Relief in the Near East], a truly proud moment in American history. [Note: The author seems to have conveniently ignored the fact that the American Committee for Relief in the Near East was able to deliver aid to those Christians in need with the consent of the Ottoman government. If its intention was really to annihilate, the Ottoman government could have very well prevented the delivering of aid to the Christians].

Our country’s [the US’] credibility in condemning modern-day atrocities is undermined when, under foreign pressure [what is being implied is Turkey], we remain silent about past genocides. No nation – particularly one as anti-American as Turkey – deserves a veto over U.S. policy on genocide, human rights, or religious freedom. We should reject any and all gag-rules and formally condemn and commemorate the Armenian Genocide.”[4]

As can be understood from this quote, the author has based his genocide narrative on Christianity and religious solidarity. The point that requires attention here is the fact that the domestic turmoil and conflict experienced with the Christian minorities in the Ottoman Empire occurred was a result of power struggles (such as attempts to attain independence from the Ottoman Empire) and collusion with occupying forces attacking Ottoman territories. As such, contrary to what the author is alleging, the events that transpired concerning Christians were based not on religion, but on politics. Additionally, no document exists demonstrating that the Ottoman government acted with the intention of annihilating the Christian minorities. To compensate for this lack of evidence, stories of “Christian annihilation” are generally being based on unverifiable family memoirs and Western newspapers’ articles written in time when war propaganda had reached its peak.[5]

No matter how weak this narrative based on religious themes might be, it continues to be effective due to the solidarity between Christian groups across the world. Furthermore, it is becoming more usable now due to the xenophobia (especially against Muslims) that is gaining more and more strength in the Western world. The societal anger and helplessness created by the 2008 global financial crisis, the societal jadedness felt towards multi-culturalism and political correctness, the fear created by attacks carried out by terrorist organizations such as DAESH, and the mass migration originating from countries such as Syria have all contributed to the rise of reactionary and xenophobic populist political movements that have fed upon the societal reaction created by such developments.

While Donald J. Trump, who started making anti-Muslim statements at the outset of his presidential candidacy, became the US President; Mike Pence, known for his evangelical Christian identity, became the Vice President. John Bolton, the chairman of the Gatestone Institute between the years 2013-2018 -an institution arguing in its publication filled with erroneous or distorted information that Muslims everywhere are a source of threat, currently serves as the National Security Advisor of the Trump Administration.[6] Meanwhile Steve Bannon, former executive chairman of the far rightist Breitbart News Network accused of propagating fake news, served as the Chief Strategist in the initial months of the Trump Administration.

In the case of Europe, xenophobic and far rightist populist parties have either achieved serious electoral victories or have become important actors in the politics of countries such as Germany, France, Austria, the Netherlands, Sweden, and Italy. Meanwhile, noticing the effect these populist parties are having on the electorate; other, established parties have started imitating the xenophobic discourses utilized by these populist parties.[7] In the social and political environment created by all these developments, making Islamophobic statements has become increasingly acceptable in Western countries.

Due to the Ottoman Empire’s successful rivalry against Christian European states throughout history, it is possible to observe a deep-seated opposition and sometimes an outright hostility in the mindset of European societies against the Muslim Turk. This mindset also had its impact in the US through mass migration from Europe. The attitude in the US was so suspicious of and hostile towards the Ottoman Empire and its Muslims elements that; “In the 1880s, Muslim immigrants from the tottering Ottoman Empire began to arrive [in the US]. Before they were allowed into the country, they were required to sign oaths swearing that they owed no loyalty to the empire's Sultan. Even then, most were not allowed to become citizens.”[8]

This opposition and hostility towards the Muslim Turk that has taken root deep within the mindset of European societies has started to intensify with increased prevalence of Islamophobia that is being utilized in today’s populist politics. This presents a golden opportunity for those who are attempting to put forth the genocide narrative concerning the 1915 Events through religious themes. As one can presume, it is far easier to convince people to believe in the genocide narrative using religious themes when they possess a negative image of the Muslim Turk in their minds and when they are being subjected to Islamophobic discourses in their daily lives. As such, it will not be surprising to see works trying to prove that the 1915 Events constituted genocide through religious themes more frequently in the upcoming years.

[3] Note: It should not be forgotten that Pope Francis has used the genocide narrative to his advantage in order to strengthen ecumenism in the Christian world. Please see: Mehmet Oğuzhan Tulun, “Pope Francis’ Push For Ecumenism,” Center for Eurasian Studies (AVİM), Commentary No: 2016/38, June 28, 2016, https://avim.org.tr/en/Yorum/POPE-FRANCIS-PUSH-FOR-ECUMENISM