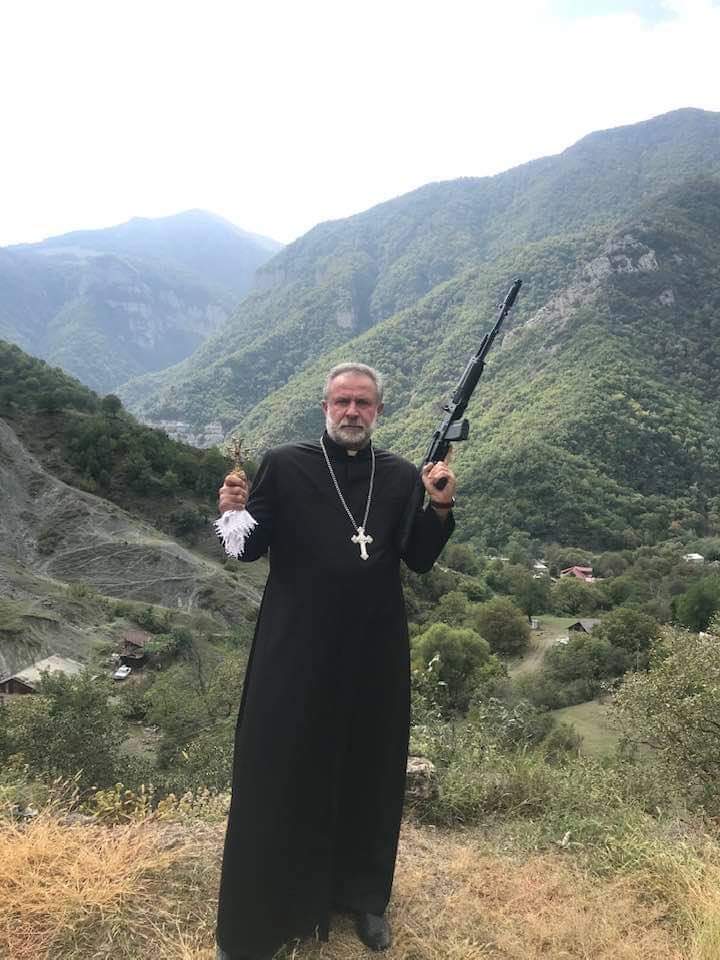 So, what does “Christian nationalism” mean? In its most popular context of the United States, it may be defined as follows,

The following may be added to this description,

“Simply put, Christian nationalism is a cultural framework — a collection of myths, traditions, symbols, narratives, and value systems — that idealizes and advocates a fusion of Christianity with American civic life, […]

However, embrace of the ideology is not black and white but rather a spectrum, with some Americans believing aspects of the concept while rejecting others. [The following central theme is consistent, however;] American society and government should be guided by Christian principles and led by Christians.

[…] Christian nationalists [emphasize] the Christian mandate to [convert] people of all nations to the religion.”[2]

Alternatively described as a “political ideology”, “cultural framework”, or “social movement”, Christian nationalism is frequently associated with toxic or controversial phenomena[3] such as racism, white supremacy, xenophobia, nativism, Islamophobia, anti-Semitism, misogyny, homophobia, political authoritarianism, jingoism, and violent extremism. Christian nationalism reached its peak notoriety in the US in the wake of the violent protests and attacks carried out in and around the US Capitol Building on 6 January 2021 by supporters of the former US President Donald Trump. Reports of this incident have led many commentators to conclude that the organizers and participants of the protests and attacks were primarily motivated by the tenets of Christian nationalism.

As is evident, Christian nationalism is a very loaded term, and is viewed as a worrying political and social trend that is gaining traction especially amongst supporters and members of Republican Party of the US. A set of survey results concerning Christian nationalism are reported to have revealed the following statistics:

“[…] 52% of Americans could be classified as either ‘ambassadors’ or ‘accommodators’ of Christian nationalism, while the rest could be considered ‘resisters’ or ‘rejecters.’

Ambassadors believe the US has a special relationship with God and that the government should declare the country a Christian nation, advocate for Christian values, and return prayer to public schools […]”.[4]

“[…] Christian nationalism is calling evil good and good evil; it is taking the name of Christ as a fig leaf to cover its political program, treating the message of Jesus as a tool of political propaganda and the church as the handmaiden and cheerleader of the state. […]

Christian nationalism is […] a political ideology focused on the national identity of the United States. It includes a specific understanding of American history and American government that are, obviously, extrabiblical—an understanding that is contested by many historians and political scientists. Most importantly, Christian nationalism includes specific policy prescriptions that it claims are biblical but are, at best, extrapolations from biblical principles and, at worst, contradictory to them.”[7]

In Brazil, a predominantly Catholic country, the Jair Bolsonaro government (note: Bolsonaro has been narrowly defeated in recent presidential election) with its inflammatory and deeply divisive rhetoric was described as overtly Christian Nationalist.[9] In Italy, another predominantly Catholic country, the new Giorgia Meloni government will probably display elements of such nationalism, as Meloni’s far-right rhetoric is shaped by her understanding of traditional values based on Christianity[10]. She had also previously targeted Türkiye based on her discriminatory worldview,[11] although it is unknown if she will continue this in her term as prime minister. Hungary, a third of which is Catholic, presents a perplexing case. Hungary is an observer state in the Organization of Turkic States and the Viktor Orbán government has had cordial ties with Türkiye. At the same time, Prime Minister Orbán (who is Protestant while his wife is Catholic) has been at loggerheads with the European Union over his government’s controversial domestic policies that are influenced by far-right politics. He has also been condemned for his blatantly discriminatory rhetoric against Muslim refugees and has gone on record for stating that Christian nationalists in European countries and the US should unite their forces to defend a Christian Western civilization that is “under siege” from various forces.[12]

Beyond Protestantism and Catholicism, Orthodox Christianity presents an interesting case. As we observed in one of our previous articles, the Orthodox belief in both its Eastern and Oriental variants is prone to nurturing nationalism:

“In truth, Eastern Christianity, or Orthodoxy in particular, is not a structure calling for international religious unity. On the contrary, it is a faith system that nurtures and supports national identity and holds that if this identity does not have a state, it cannot have a church, and if it has a state, it must thus have a national church. The church is in fact an institution that supports its state in creating national identity. Therefore, if the state becomes independent, the affiliated church also becomes independent. This is the typical characteristic of Orthodox churches.”[13]

Russia is a popular example in this respect. The Russian Orthodox Church is frequently accused of being an instrument to legitimize the policies of President Vladimir Putin’s administration and to further Russian interests around the world. The Russian Orthodox Church’s clear support for Russia’s invasion of Ukraine this year, despite the Church’s calls for Orthodox solidarity and emphasis on Russian-Ukrainian fraternity, is an indication of Christian nationalism at play as it can be argued that the Church is acting as the “handmaiden and cheerleader of the state”. Similarly, while the Russian Orthodox Church’s schism with the Fener/Phanar Greek Patriarchate (claiming an ecumenic title despite lacking Türkiye’s recognition) might seem like a dispute over church jurisdiction, it is in fact the manifestation of a political power struggle between Russia and the West over influence in eastern Europe.[14]

Elements of Christian nationalism can be observed in Türkiye’s neighbor Greece. Although the Greek Constitution guarantees freedom of religious conscience, Greek Orthodoxy enjoys an elevated position as the “prevailing religion” of the country. Despite the Western world turning a blind eye to it, Greece’s Turkish minority has long complained of systemic discrimination that is fueled not only by historic Greek-Turkish rivalry, but also by the view that Turks are the Muslim “others” in a devout Orthodox country.

Another one of Türkiye’s neighbors, Armenia, receives much less attention in this regard. Apart from the current Nikol Pashinyan government with whom it has frosty relations, the Armenian Catholicosate of Etchmiadzin (one of the four administrative centers of the Armenian Apostolic Church) provided staunch moral support to the irredentist and chauvinist foreign policy of successive Armenian governments against Azerbaijan concerning Karabakh. During the Second Karabakh War that resulted in Azerbaijan liberating most of its lands from Armenia’s occupation, even Prime Minister Pashinyan’s government did not shy away from exploiting religion and garnering Christian sympathy when its official Twitter account posted the picture of an Armenian priest holding an assault rifle in one hand while holding a cross on the other, with the post stating “Faith & Power! #StopAzerbaijaniAgression #StopAliyev #KarabakhNow #NKpeace #NKstrong #ArtsakhStrong #ՀԱՂԹԵԼՈՒԵՆՔ [Let’s Win!]”[15] The Catholicosate of Etchmiadzin and some other elements of the Armenian Apostolic Church have also been involved in the glorification of ASALA and Justice Commandos terrorists who murdered Turkish diplomats,[16] which is a blatant demonstration of how religion is being abused to serve extremist narratives and violent practices that coincide with Armenia’s state interests.

Christian nationalism does not specifically target Türkiye. As a political ideology/cultural framework/social movement, it is primarily interested in domestic politics, but it does have serious implications for international politics as well. As the historical “Turkish/Muslim other” of the predominantly Christian Western countries, Türkiye should naturally be alarmed by Christian nationalism’s rise. Christian nationalism creates an environment shaped by a narrow and self-serving understanding of Christianity, and ruled by emotion and prejudice rather than reason and open-mindedness. Such an environment is highly conducive to breeding automatic hostility against Türkiye. This means that no matter how logical or fair Türkiye’s arguments or positions might be, it does not matter for Christian nationalists because Türkiye is “Muslim and Turkish” and Armenians or Greeks, for example, are automatically right by virtue of being Christians. This, unfortunately, creates a profoundly dangerous international conjuncture for the intensification of extremist narratives and violent practices that is sure to breed regional and perhaps global instability.

[2] Kelsey Vlamis, “We read the Gab founder's how-to guide to Christian nationalism. The book is part of a new trend of conservatives openly embracing the ideology”, Business Insider, October 24, 2022, https://www.businessinsider.com/gab-founder-andrew-torba-book-guide-to-christian-nationalism-2022-10

[4] Kelsey Vlamis, “What is Christian nationalism? The belief gaining ground in the GOP that says the US is and should always be a Christian nation”, Business Insider, August 28, 2022, https://www.businessinsider.com/what-is-christian-nationalism-support-grows-for-ideology-in-gop-2022-8

[5] Vlamis, “What is Christian nationalism?”

[7] Miller, “What Is Christian Nationalism?”

[8] Saiya, “Why Christian nationalism is a global problem”.

[9] Saiya, “Why Christian nationalism is a global problem”.

[12] David Smith, “Orbán urges Christian nationalists in Europe and US to ‘unite forces’ at CPAC”, The Guardian, August 4, 2022, https://www.theguardian.com/world/2022/aug/04/viktor-orban-cpac-speech

[14] Kılıç Yaşın, “Designing The Geography Of Religion In The New World Order”.