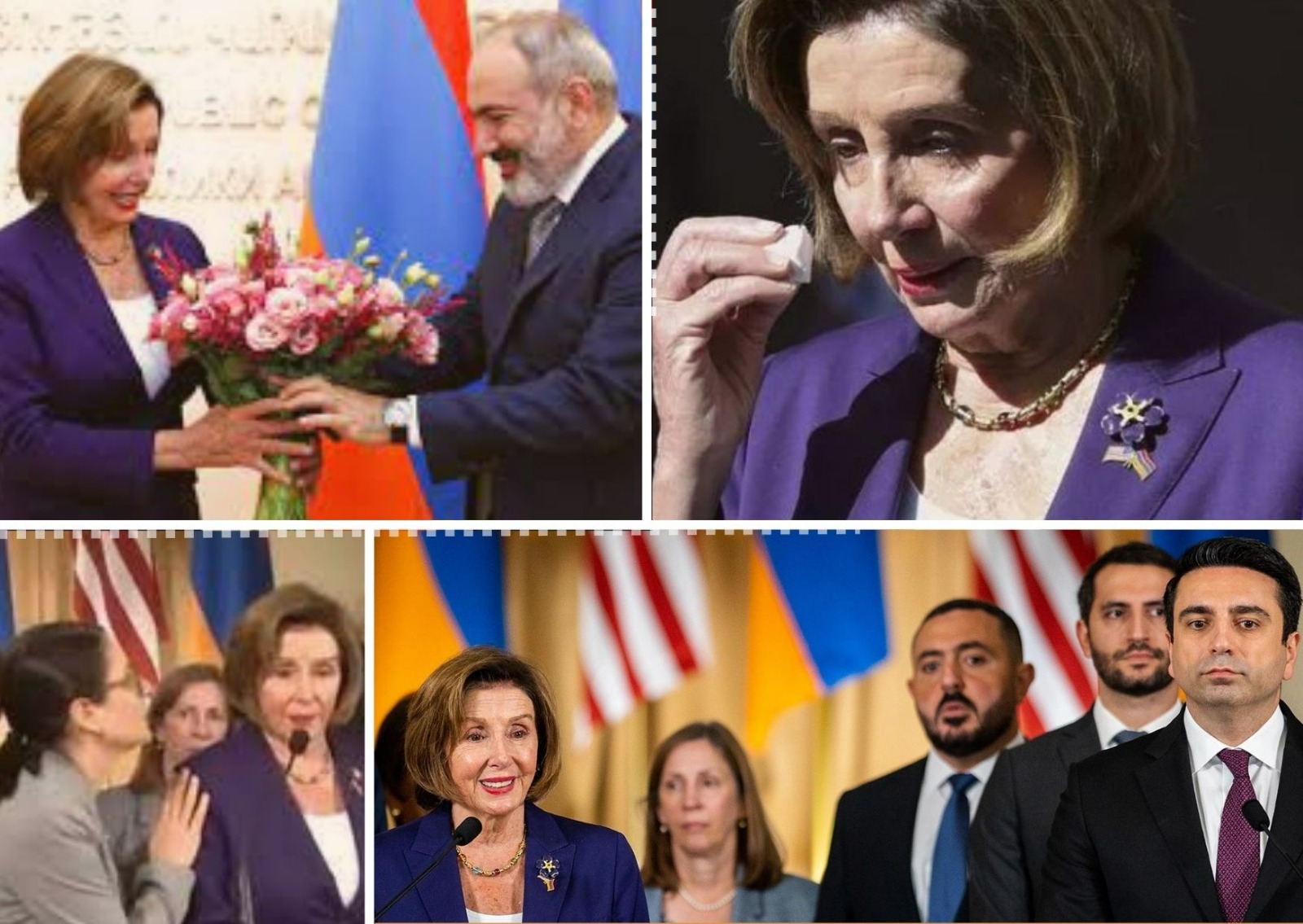 While the world’s attention is focused on the Russia-Ukraine war - the recent successes of the Ukrainian army in Kharkiv region in the northeast and the partial mobilization in Russia and Putin’s nuclear threats to be specific - other of the note developments also took place in recent days not so far from the north of Black Sea. In the east of Black Sea on 12 September, large-scale clashes broke out on the Azerbaijan-Armenia border. The clashes, the heaviest since the 44-day War in 2020, lasted for few days causing reportedly around 200 losses from both sides. As per usual, the sides accused each other of starting the clashes. Yerevan claimed that Azerbaijan launched an attack on its sovereign territory to conquer some border regions. Baku insisted that the Azerbaijani military operation was a reaction to Armenian subversive operations in its territory, such laying mines to cut off connections between Azerbaijani military posts as well as continuous shelling. Following that, on 17-19 September, a US congressional delegation headed by the Speaker of the House of Representatives Nancy Pelosi paid a visit to Yerevan. The Delegation met several high-level government officials including Prime Minister Nikol Pashinyan, Speaker of the National Assembly Alen Simonyan, and Defense Minister Suren Papikyan, as well as the representatives of the opposition and civil society leaders.

Right off the bat, the timing of the visit is quite curious. As mentioned above, the visit coincided with important developments in the Wider Black Sea Region. In connection with this, some Armenian and international media outlets correlated the visit with the Azerbaijan-Armenia clashes. However, these claims were negated by Pelosi herself when she clearly stated that the visit was planned before those border incidents. In brief, Pelosi’s visit was not a direct response to the said incidents.

One of the consequential questions concerning the visit is in what capacity Pelosi’s delegation traveled to Armenia. Put differently, an important question is whether the US government sanctioned Pelosi’s visit. So, does Pelosi’s visit to Armenia say anything about US policy toward Armenia? Since Pelosi is the Speaker of the House of Representatives (the legislative branch) and not the White House, the technical answer is no.  Despite this, due to Pelosi being the third highest-ranking person in the US political system, her deeds and words inevitably raise questions about the official US position.

What should not be overlooked is the composition of Pelosi’s delegation. Pelosi, in her trip to Armenia, was accompanied by three US Congresspersons, namely, Frank Pallone, Anna Eshoo, and Jackie Speier, all of whom are Democrat representatives and members of Congressional Caucus on Armenian Issues, like Pelosi herself. All four members of the delegation are the representatives of districts from states like California and New Jersey that host a considerable number of Armenian-American voters. As Pelosi proudly stated in her speeches in Yerevan, Eshoo and Speier are ethnic Armenians. As such, Pelosi’s delegation was composed of those who are the champions of the ‘Armenian cause’ in the US.

While in Yerevan, Pelosi delivered two speeches to the media and the public, one at the press conference at the Armenian Parliament  on 18 September and the other at Cafesjian Center for the Arts on the same day, during which some comical scenes emerged due to problems in translation and Pelosi embarrassingly revealing her ignorance concerning Armenia and the South Caucasus, such as referring to a Soviet Armenian poet Paruyr Sevak as one of the greatest Armenian poets (most probably, her advisors did not inform her that Sevak was a member of the Supreme Council of Soviet Armenia), yet not being able to pronounce his surname or identify his image in the mural on the wall behind her.[1]

One of the salient emphases in Pelosi’s speeches was US President Biden’s recognition of the ‘Armenian genocide’ and the dedication and determination of the representatives in her delegation to further the ‘Armenian cause’ in the US. She stressed the US commitment to strengthening partnership between the US and Armenia. She boldly underlined the importance that the US attaches to Armenian democracy and security, while praising the 2018 “Velvet Revolution” in Armenia, which brought Prime Minister Pashinyan to power. In addition to emphasizing the Armenia’s “success in democratization,” Pelosi also underlined the importance of the security of Armenia that she associated with “our security, our mutual security, regional security, global security.” Pelosi condemned “the illegal and deadly attacks from Azerbaijan on Armenian territory” that “threatens prospects for much needed peace.” As such, Pelosi publicly revealed her resolute pro-Armenian positioning. Besides these, a noteworthy aspect of Pelosi’s speeches was her ‘Türkiye-bashing.’ She attacked Türkiye to such an exaggerated degree that she even blamed Türkiye for the Karabakh conflict, saying that the US Congress “tried to hold Turkey responsible as well as Azerbaijan for that conflict.”

Pelosi’s emphasis on Biden’s recognition of ‘Armenian genocide’ and her Democrat colleagues as the champions of the ‘Armenian cause’ in Congress, together with the very specific composition of her delegation, hint to the possibility that one driver of Pelosi’s visit to Armenia was US domestic politics. As known, on 8 November, midterm elections will be held in the US, during which seats in the House of Representatives and the Senate will be contested. Given that President Biden’s ratings are not satisfactory at all, and a Republican victory is a real possibility, in all likelihood Pelosi planned her visit to Armenia as a PR campaign to win the support of the Armenian American voters in November midterm elections.

Despite the possible domestic political motivations of Pelosi’s visit to Armenia and whether Pelosi represents the current US administration’s position, this visit has substantial implications in terms of US foreign policy. At her speech at Cafesjian Center for the Arts, probably referring to the Battle of Avarayr in 451 between the Armenians and the Persians, Pelosi stated; “Here, winning the war against the Persians for the democratic and Christian country that Armenia has been.”  Later, she once again referred to the “brave [Armenian] warriors,” who “defended a free, Christian nation and won.”  Leaving aside the fact that the Battle of Avarayr in 451 was lost, not won by the Armenians and anachronistically defining an Armenian entity in the 5th century as democratic, Pelosi’s out of context emphasis on the Christian identity of the Armenians reveals deep-rooted neocon evangelical ideas amongst the US political class, even among the Democrats. Certainly, the weight of fundamentalist ideologies in US foreign policy should be acknowledged by all the concerned parties.

There is no doubt that Pelosi’s visit to Armenia has been a significant support to this country in its conflicts with Azerbaijan and Turkey. However, a more comprehensive inspection may, indeed, point to some tangled consequences. Since the Second Karabakh War in the fall of 2020, the revanchist ‘war party’ composed of anti-Pashinyan opposition has been pushing the Armenian government to withdraw from the peace process. Here, from a realist perspective, there are just two alternatives, and not a third one: either there will be a peace agreement between Armenia and Azerbaijan based on the principles of territorial integrity and sovereignty or a third war will erupt sooner or later. In that regard, Armenia’s – or any third party’s - push for status for Karabakh amounts to nothing but shattering the peace process. Given that Pelosi’s carte blanche to Armenia will embolden the ‘war party’ both in the Armenian diaspora and Armenia, her biased approach to the Azerbaijan-Armenia conflict is likely to further weaken Pashinyan’s position. This may lead to more instability both in Armenia and the region.  Here, the crucial question is whether Pelosi considered such a possibility or perhaps wishes for such an outcome.

As to this curious question, the fact that while stressing the “much needed peace agreement,” Pelosi, at the same time, referred to the 9 November 2020 Ceasefire Declaration as a “so-called peace agreement” and deemed it as a source of “violence now on the part of the Azeris” suggests that at least some circles in the US state apparatus contemplate sabotaging the ongoing processes mediated by Russia and the EU. This may have two interrelated objectives. First, the US might be seeking to destabilize the South Caucasus in the south of Russia to distract and embroil an already embroiled Russia. Second, the US might be seeking to stir up an alternative US-led process in the South Caucasus by invalidating the Russia-led process. Here, we might be seeing a US attempt to get into the game again in the South Caucasus. The allegations that whereas Russia was unsuccessful in stopping the fighting, the US intervention enabled ceasefire might be an important sign in this regard.

As to this point, it should also be acknowledged that both the EU and the US are highly suspicious and displeased with the attempts of creating regional mechanisms for conflict resolution and cooperation in the South Caucasus, since they believe that the creation of regional mechanisms will result in their marginalization in the South Caucasus. Their resolute opposition to the initiative of the “3+3 format” is unambiguous proof of this approach of these two actors. It is very likely that one of the objectives of Pelosi is to drive Armenia away from regional mechanisms and to create a crack in the region.

Having said that, Pelosi’s venture in Armenia might be also disappointing for the EU at this time. First, by the end of 2021, the EU started an initiative for cultivating the peace process between Azerbaijan and Armenia. Within this framework, since December 2021, Azerbaijani President İlham Aliyev, Armenian Prime Minister Nikol Pashinyan, and President of the European (Union) Council Charles Michel have met four times. After the last meeting on 31 August, Michel announced that parties agreed “to step up substantive work to advance on the peace treaty governing inter-state relations between Armenia and Azerbaijan and tasked the Foreign Ministers to meet within one month to work on draft texts.” In fact, this was a very important declaration revealing the success of the EU, which would allow the EU to again emerge as an influential actor in the region. In addition to that, it should be remembered that in July an agreement was reached between the EU and Azerbaijan to increase Azerbaijani gas imports to the EU, which is a very important step for EU economies facing an energy crisis. Given that Pelosi’s visit to Armenia may have destabilizing effects in the South Caucasus, this visit might not have been welcomed by US’ European allies.

Certainly, Russia is upset with this visit for obvious reasons mentioned above. Yet the question is would Russia react, and if so, how? As to this question, one important fact to note is that when the hostilities erupted, Armenia appealed to Russia-led CSTO to come for help on the basis of the Article 4 of the CSTO Charter. Yet, the CSTO confined itself only to sending a fact-finding mission. This distant attitude of the CSTO – meaning Russia – is highly noteworthy, pointing out to the fact that Russia’s strategy in the South Caucasus has shifted and Armenia is no longer its most important ally in the region. In such a situation, the US-Armenia flirtation may lead Russia to rebuke Armenia. Unfortunately for Armenia – and the US – Russia, despite receiving many blows in Ukraine, has many leverages over Armenia to do so.

All in all, Pelosi’s visit to Armenia with the champions of the ‘Armenian cause’ in the US Congress is a display of the lop-sided US policy in the South Caucasus. As such, it is a confirmation that US is not an actor that can play a constructive role in the region. This is another reason why the long-dead OSCE Minsk Group cannot be revived if the goal is sustainable stability and peace. Surely, Pelosi’s romance with Armenia may make some in Armenia and the EU happy. Yet, this happiness is likely to fade away when the consequences are thought thoroughly.