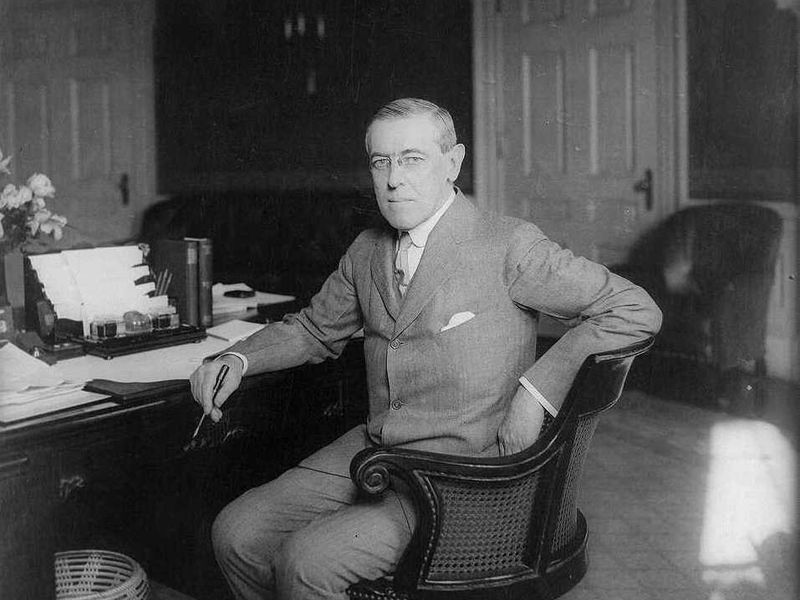 On 27 June 2020, Christopher L. Eisgruber, the President of Princeton University, announced via the university’s Office of Communications that the university’s board of trustees decided that the Woodrow Wilson School of Public and International Affairs and Wilson College (both of which were major and well-known institutions of the Princeton University) will both be renamed to omit reference to Woodrow Wilson, the 28th American President and a former president of Princeton University. The reason cited by the board of trustees for the decision was the fact that “Woodrow Wilson’s racist thinking and policies make him an inappropriate namesake for a school or college whose scholars, students, and alumni must stand firmly against racism in all its forms.”[1]

When sharing the decision of the board of trustees, President Eisgruber further stated that:

“Wilson’s racism was significant and consequential even by the standards of his own time. He segregated the federal civil service after it had been racially integrated for decades, thereby taking America backward in its pursuit of justice. He not only acquiesced in but added to the persistent practice of racism in this country, a practice that continues to do harm today.”[2]

The decision was significant not only because of the internal protests which overtook the United States since the tragic day when George Floyd, an African-American citizen was brutally choked to death by American police officers but also because the name Woodrow Wilson was erroneously and repeatedly used as a moral reference point for decades. In this connection, it is necessary to question Wilson’s role in the Armenian Question and his unwavering support for the cause of the Armenian nationalists.

As the 28th American president, Wilson’s role in guiding and directing the American and world policy in the post-war settlements after the First World War was most significant. His infamous 14-Points, which set the guidelines and principles for the post-war settlements to be dictated by the victorious Entente Powers, had long been hailed as having an Olympian fair-mindedness and gave Wilson an undeserved reputation.  In one of the most typical examples of this, the then-French President Georges Clemenceau complained, as if to highlight Wilson as a towering moral figure, that “God gave us the Ten Commandments, but Wilson gave us fourteen.”

One of Wilson’s fourteen points suggested giving sovereignty to the peoples under Ottoman rule while at the same time stating that “the Turkish portion of the present Ottoman Empire should be assured a secure sovereignty.” When put side by side, however, these two contentions exhibit considerable tension. For one thing, the different nationalities in the Ottoman Empire did not live in separate, secluded, and homogenous geographic locations, but for centuries co-existed in a mixture in the same geographic regions.  And it was precisely at this point Wilson and his bigotry of favoring Christian and Indo-European peoples was most relevant.

The so-called Wilsonian Armenia was the brainchild of President Wilson, under whose influence the US Department of State proposed creating an Armenian State, which was subsequently embraced by all the Entente Powers at the Treaty of Sèvres, encompassing virtually all of Eastern Anatolia alongside large regions in the Caucasus at the expense of both the Anatolian Turks and Azerbaijani Turks.

As the American historian and demographer Justin McCarthy notes, the Armenians constituted somewhere around 20 percent of the total population in Eastern Anatolia and even if had all the Armenians in the world settled in Eastern Anatolia, they would have still remained a minority in this region.[3] Yet this despite this obvious fact, the Wilson administration favored creating a synthetic Armenian state in a region where the absolute majority of the population consisted of Ottoman Muslims and he did so in gross violation of his promise that the Turkish heartland of the Empire would remain under Turkish sovereignty.

To impose this unnatural and certainly unjust settlement on the Turkish population, Wilson subsequently insisted on the establishment of an American mandate over this so-called Wilsonian Armenia to protect and develop in this region as an Armenian national state that could only be built upon ethnic cleansing against the Turks on a vast scale. There could be little doubt that Wilson’s enthusiastic support for the creation of a synthetic Armenian State and the establishment of an American mandate to maintain its presence were shaped by Wilson’s racist worldviews.

Fortunately, the American Senate rejected this mad project by Wilson. Yet, the dreams of Armenian nationalist over acquiring this so-called Wilsonian Armenia have never ceased. Today, in a desperate attempt to fulfil their nationalist dreams, the creation a “Great Armenia” consisting of all territories designated as Wilsonian Armenia by the Treaty of Sèvres is a stated aim of the Armenian Revolutionary Federation (ARF-Dashnaktsutyun), irrespective of the United States’ official abandonment of the project since the Treaty of Lausanne. Similarly, on the occasion of the 100th anniversary of the Treaty of Sèvres, the Social Democrat Hunchakian Party, the Armenian Democratic Liberal Party (Ramgavar), and the ARF highlighted in a joint statement “the Wilsonian Armenia” as an indispensable ideal that needs to be implemented, citing President Wilson as an important point of moral support as justification.[4]

Similarly, the Prime Minister of Armenia, Nikol Pashinyan, cited Wilson in support for his vision of a great Armenia and to buttress Armenia’s claims for the independence of Nagorno-Karabagh, the legal territories of the Republic of Azerbaijan occupied by Armenia since the collapse of the Soviet Union.[5]

For decades, the Armenian nationalists used and abused the name of Woodrow Wilson to garner support for their unrealistic and vicious claims for a greater Armenia, presenting Wilson as a towering moralistic figure in support of their fanciful claims. Yet in reality, Wilson was nothing more than a product of his time: a man convinced in the “racial” and cultural superiority of the Christian and Indo-European peoples over other “races” and cultures, and the recent decision by Princeton University is a belated recognition of this sad fact.