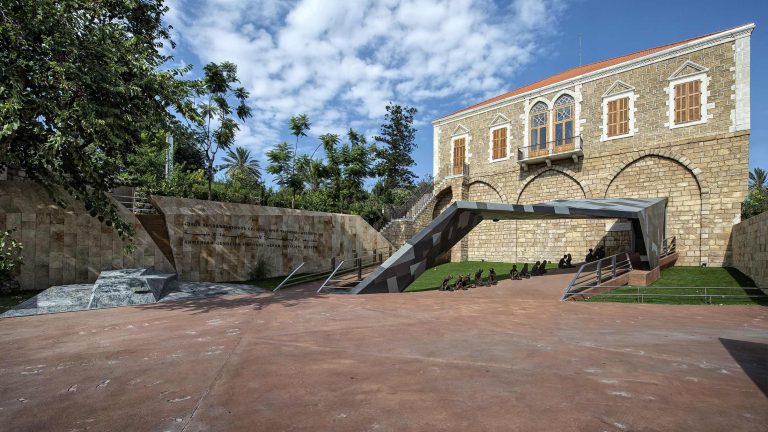 Beraberce Association broadcasted a highly tendentious video interview introducing the Aram Bezikian Museum in Beirut, Lebanon that had earlier served as an orphanage for the Armenian children during and after the First World War and the role of Maria Jacobsen, a Danish missionary who had done missionary work among the Ottoman Armenians since 1907.

Instead of presenting a balanced view, the video interview offers the standard Armenian narrative, completely absent of alternative and opposing narratives with a very selective attitude in use of facts and events.

The video interview discusses the Armenian children who lost their parents during the turmoil of the events of 1915 (which the video describes as “genocide”) and the efforts of the American missionaries (especially the Near Eastern Relief Society) to help these orphans in the orphanage that would later be called Aram Bezikian Museum in the then Ottoman lands, despite the alleged intent of the Ottoman government to destroy all Armenians.

Thus, the video omits the well-known and inconvenient fact that the Near Eastern Relief Society distributed help to the Armenians with the permission and approval of the Ottoman government, surely a curious fact in the case of a government that is alleged to have the intention of killing its Armenian population. Likewise, in certain regions, the Ottoman government had no scruples allowing missionaries to accompany the relocated Armenians. In addition, the Ottoman authorities themselves also tried to distribute relief to the relocated Armenians and certain Ottoman leaders certainly distinguished themselves in this enterprise.

Cemal Pasha, for example, helped thousands of Armenians by diverting them to southern Syria and Lebanon where there were no disturbances. He also implemented an effective relief program to help the relocated Armenians, and thanks to his efforts, the vast majority of the relocated Armenians could settle and prosper. These measures which Cemal Pasha took to help the Armenians were widely recognized by the Armenians themselves at the time and Cemal Pasha was called the “Pasha of Armenia” by the Armenians. However, Cemal Pasja later became a victim of Armenian terrorism when he was assassinated in Tbilisi in July 1922.

In addition to distributing relief, Cemal Pasha also took effective measures to protect the Armenians against assault and to punish those who engaged in attacks on the Armenians. For example, at Islahiye (to the north of Aleppo), there had been repeated attacks by nomadic tribesmen and some Armenian women and children had been killed. But Cemal Pasha took severe measures against the culprits, several of which were caught and hanged. Likewise, the Austrian consul in Damascus reported on 15 February 1916 that due to the intervention of Cemal Pasha, a gendarme officer was executed for serious offenses against the relocated Armenians there.

None of these facts are mentioned in the short video broadcasted by Beraberce Association, and instead one gets the impression the Christian missionaries and other relief workers had attempted to help the Ottoman Armenians in a safe, distant land completely detached from the Ottoman authorities and despite their ill will. In fact, it was the Ottoman government that invited and allowed the relief efforts to help the Ottoman Armenians owing to its limited resources due the First World War that it was in the midst of.