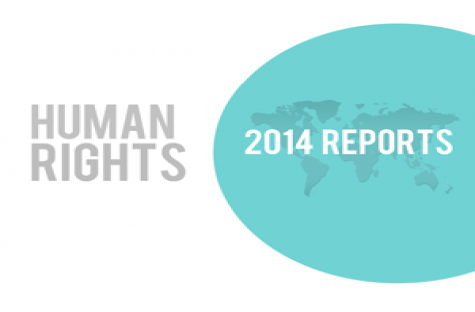 U.S. Department of State Bureau of Democracy, Human Rights and Labor releases annual reports on human rights issues in UN member states and countries that receive US foreign assistance.[1] The Bureau published a report titled Armenia 2014 Human Rights Report[2] (the Report) in June 2015 that investigates issues related to human rights in Armenia in political, military and social spheres based on embassy observations and reports and statistics of various media organs, IGOs and NGOs such as Helsinki Association for Human Rights, UNICEF, UN Refugee Agency and UN Human Rights Committee.

Armenia 2014 Human Rights Report identifies serious human rights violations in political sphere. According to the Report, systemic corruption and lack of transparency in the government are among the most significant human rights problems in this domain. The Report highlights the corruption at all levels among the governmental circles as a factor that undermines consolidation of rule of law and economic growth in the country. The Report stresses problems with respect to absence of transparency such as restricted public access to information about governmental and financial issues as a factor that generates problems in accountability.

Importantly, the Report mentions corruption in 2012 parliamentary elections and 2013 presidential elections, particularly Republican Party of Armenia’s (the ruling party since 1998) abuse of administrative sources and vote-buying practices. The Report argues that this strengthens the decline of public trust in fair elections.

The Report mentions government’s attempts to control the judiciary as another drawback in the political sphere. While separation of powers is indispensable for a working democracy, executive branch in Armenia persistently exerts pressure on judiciary, which results in politically motivated verdicts in certain cases.

The Report highlights two main issues with respect to the military sphere. One is suspicious deaths under non-combat conditions and the other is mistreatment of soldiers. Here, an important detail is authorities’ alleged attempts to brush away the traces of such occurrences. The other issue with respect to violations in the military sphere is intensification of clashes between Armenian and Azerbaijani forces along the line of contact. In 2014, such confrontations resulted in the highest number of deaths in a year, since the ceasefire in 1994.

As regards to the Karabakh conflict, the Report highlights that there are 622,892 internally displaced persons (IDP) in Azerbaijan as a consequence of the Karabakh conflict. While most of the refugees and IDPs still suffer from material losses and the continuing inadequate living conditions, Armenia makes no move to solve these problems.

The Report displays problems with respect to human rights violations in the social sphere, as well and identifies social discrimination as a serious problem in the social domain. Among those problems, the Report refer to the discrimination of the religious minorities as a consequence of governmental policies. Discrimination that persons with all types of disabilities experience virtually in all spheres of life is another eye-catching point in the Report.

The Report highlights government’s disrespect to freedom of association and for the workers’ right to collective bargaining. The Report indicates that the Ministry of Labor and Social Affairs fails to effectively carry out its responsibilities in these matters.

A serious concern of the Report is the widespread violence against women, such as domestic violence, sexual harassment and gender biased discrimination. The Report also states that most of the crimes go unreported as victims are afraid of ‘victim blaming’ and police abuse. In addition to that, abuse of the LGBT individuals by the military and prison authorities and stigmatization of the individuals living with HIV/AIDS are also reported. The Report stresses the absence of adequate laws against hate crimes and other judicial mechanisms as one of the main problems that await fixing.

In sum, Armenia 2014 Human Rights Report demonstrates the bleak situation in Armenia with respect to human rights. While there are few improvements in the media sphere despite government control of the media channels, human rights violations are still widespread in the country. Significantly, the Report indicates that whereas Armenian Constitution secures most of the universally recognized freedoms and rights, disrespect to these freedoms in practice is the social reality in Armenia. As such, the Report demonstrates the wide angle between the theory and practice of the human rights in Armenia. This is a challenge Armenia has to overcome to establish a functioning democracy.