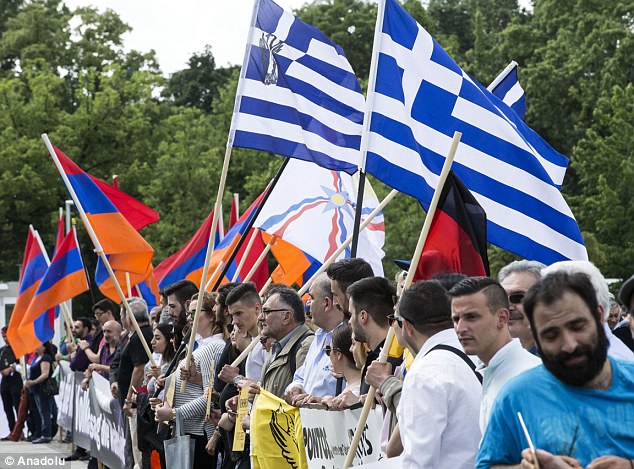 One of the largest worldwide political campaigns both in terms of longevity and extent is the one that seeks the establishment of the 1915 events as genocide. Since the mid-1960’s, utilizing a wide variety of means ranging from terrorism to quasi-academic studies, and from cultural productions to political lobbying, Armenian groups, particularly in Western countries, have invested enormous financial and social capital to this cause.  After 1998, Armenian governments have also engaged in this global campaign by often utilizing a relatively ambiguous discourse that obfuscates their real intentions and goals. Yet, by the infamous “Pan-Armenian Declaration on the 100th Anniversary of the Armenian Genocide” that was promulgated by President Sargsyan in 2015, it became all-clear that establishment of the 1915 events as genocide was a state policy of Armenia, and Armenian state was collaborating with the Armenian diaspora organizations that lobby for this cause.

However, one must be cognizant of the fact that this cause is not merely an endeavor of the radical Armenians. Some third countries have also opted for benefiting from this global campaign to gain leverage vis-à-vis Turkey or to square some accounts with it. As to that, among other examples, the timing of bringing the “Armenian genocide” issue into question in Israel after the infamous Mavi Marmara incident and in Egypt after the souring of the relations between this country and Turkey following the Tahrir events should not be left unconsidered. Likewise, Germany’s and Russia’s recent initiatives in the same direction following the deterioration of the relations between these countries and Turkey should also be recalled.

Yet, another relatively new development has been forming for some time. This new development is related to developing a new strategy on the side of the “genocide lobby.” We can observe a new discourse and narrative relating to “Christian genocide,” as the coalescence of the “Armenian, Assyrian and Pontic Greek genocides” that allegedly took place in the final years of the Ottoman Empire and during the Turkish War of Liberation. According to this narrative that has relatively recently been put into circulation, Turks subjected not only the Armenians, but also other Ottoman-Christians to genocide in an effort to Turkify Anatolia.  Bit by bit, articles and other pieces on the “Christian genocide” have started to pop-up in the Armenian press, as well as in several international media organs. Without doubt, Pope Francis’s controversial statement uttered during a mass on 12 April 2015, in which he referred to the “Armenian genocide” emboldened the mouth pieces of the “Christian genocide,” whereas others took Pope Francis’s speech as a signal flare. Hence, it should not be surprising to read advertisements of “scholarly research” on the “Christian genocide” penned by “renowned scholars” in popular dailies and journals in the period ahead.

This new development, which reveals several important points with respect to the “Armenian genocide recognition campaign” and, in specific, the misuse and abuse of the past for present-day politics, requires attention.

The curious question about this maneuver is, of course, the why question. The answer to this question lies in the achievements of the “Armenian genocide lobby.” Although, the “Armenian genocide lobby” achieved considerable success in propagating its narrative in many domains, despite the enormous resources and energy allocated, it has not achieved the result that it wishes to achieve, namely, Turkey’s acceptance of its alleged guilt. The verdict of the International Court of Justice on the case of Bosnia and Herzegovina v. Serbia and Montenegro (2007), which underlined the key element of the crime of genocide, namely, special intent to destroy the protected groups and stated that this special intent should be proved beyond doubt, once again revealed that the establishment of the Armenian genocide in the legal domain is not feasible. In brief, after so many years of hard labor, the “Armenian genocide lobby” was faced with the painful reality that the events of 1915 could not be established as a genocide, if one adheres to the legal definition of the crime, which is the only valid definition, notwithstanding the efforts of the “Armenian genocide lobby” to water down this fact and impose its own popular “umbrella” definition.

As to this newly developing situation, one can also notice that particularly the apostles of the “Pontic Greek genocide” take the lobbyists of the “Armenian genocide” as their role model. That is to say, the strategy and tactics of “Armenian genocide lobby” that accomplished some considerable achievements set a model for the apostles of the “Greek genocide.” It can be seen that the latter explicitly follows the suit of the former.

For example, the Greek lobby in the USA, Canada, Sweden and Australia, just like its role model, i.e., the Armenian lobby, directs its efforts to convince legislators to pass parliamentary resolutions on the “Pontic Greek genocide.” Likewise, reminding some “liberal intellectuals” and “oppositional activists” that aggressively “educate” the Turkish people about the “Armenian genocide,” some neither fish nor fowl types without any academic titles or acknowledgement as public intellectuals began to pop up in Turkey as “experts” of the “Pontic Greek genocide.” The half-baked “studies” of these "experts" started to be published by several specific publishing houses that have been publishing ill-conceived “studies” on the “Armenian genocide” authored by the same type of authors.

Given this situation, which is still in the making, one should also remember that in 1994, the Greek parliament passed a resolution on the “Pontic Greek Genocide.” Significantly enough, the Greek Parliament set 19 May as the commemoration day of this “genocide,” in other words as the Greek version of the Armenian lobby’s 24 April.

According to the Turkish historiography, the Turkish War of Independence following which the modern Republic of Turkey was born out of the ashes of the defeated Ottoman Empire began with the landing of Mustafa Kemal at Samsun on 19 May 1919. Following that historical moment, in a four-year period, Kemalist forces waged a successful armed struggle in the East against the Armenians and in the West against the Greeks, as well as a diplomatic battle vis-à-vis Britain, France and Russia. As such, according to the Turkish historiography, 19 May 1919 is the very first moment that heralded the modern Turkish republic.

Actually, this is exactly why the Greek Parliament chose 19 May as the commemoration day of the “Pontic Greek genocide.” The obvious purpose is to delegitimize the Turkish War of Independence as a genocidal campaign, and hence the Republic of Turkey. In fact, this is the very game that their Armenian comrades-in-arms have played for so many years. This deceitful approach is by now quite familiar to Turkey, thanks in no small part to the decades-long campaign that the Armenian lobbyists have run.