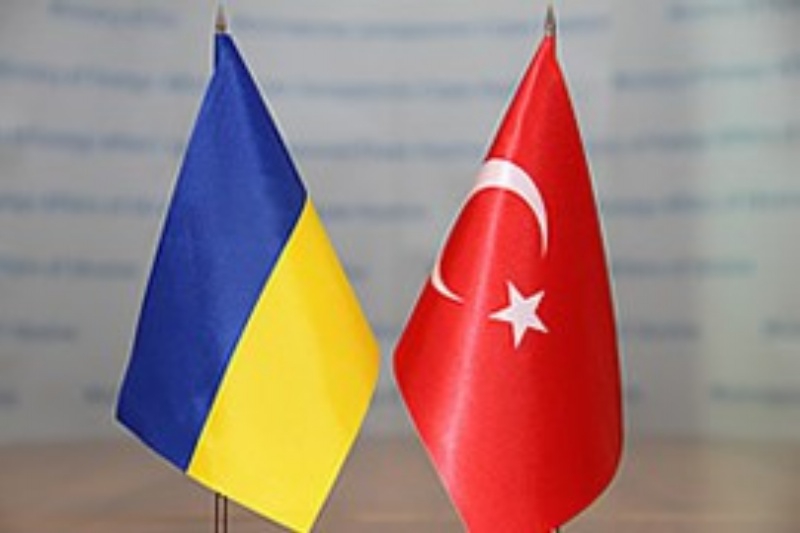 Center for Strategic Research of the Ministry of Foreign Affairs of the Republic of Turkey (SAM) and the Embassy of Ukraine in the Republic of Turkey co-organized an international conference titled “25 Years of Turkey-Ukraine Relations” on 25 May 2017 in Ankara. Government representatives and academics from Ukraine and Turkey participated in the one-day conference consisting of two sessions: presentations in the morning and a round-table meeting in the afternoon.

At the conference, speakers and participants drew attention to the developments in the bilateral relations, areas of cooperation, and the latest developments such as the annexation of Crimea and the current developments in the Black Sea region. In addition, Turkish officials re-affirmed Turkey’s position towards Crimea by stating that Turkey supports the territorial integrity of Ukraine. Although it is the 25th anniversary of the relations, Deputy Foreign Minister of Turkey Ahmet Yıldız said: “Turkish-Ukrainian relations are not confined to 25 years. Turkey and Ukraine share a common history, geography, and culture.”[1] Indeed, relations between the two countries has a long history.

During the discussion, there was a consensus on the fact that Turkey and Ukraine are important partners for each other not merely in the regional context. The potential to strengthen ties both in the fields of economy and security should not be underestimated. In that line, speakers and participants identified key areas to continue works to strengthen bilateral relations: tourism, defense, industry, nuclear energy, and cooperation in social sciences; among universities

In the last 25 years, bilateral relations between Turkey and Ukraine have continuously prospered by meetings and agreements on the state level. In 2003, Ukraine was defined as a “priority country” by Turkey,[2] and in 2011 the High-Level Strategic Council (HLSC) was established. In the same year, “Agreement on the Mutual Abolition of Visas” was signed at the first meeting of HLSC that came into force in 2012,[3] and today, is considered a milestone in bilateral relations due to the important and concrete steps taken in its context.

Despite the good relations, economic relations have remained below its potential. In 2015, the trade turnover between Ukraine and Turkey decreased by 25.4% compared to 2014 and amounted to 3.624 billion dollars.[4] In the first half of 2016, trade turnover between Ukraine and Turkey again decreased by 17% and amounted to 1.532 billion dollars.[5] There are many reasons behind the decreasing trade such as the global financial crisis that hit both countries. However, officials of both countries are determined to enhance economic ties. At a press conference held on March 14, Prime Minister Binali Yıldırım stated that a target to reach 20 billion-dollar trade turnover was set and both countries will focus on 3 prioritized areas this year: free trade agreement, the protection of mutual investments, and agreements on the prevention of double taxation.[6]

There has been a significant process already. For instance, as of June 1, citizens of both countries are allowed to travel to each other's countries without passports. This step will definitely have an impact on the economy, particularly in the touristic regions and contribute in the tourism sector overall as Andrii Sybiha, Ambassador of Ukraine in Ankara, also underlines: “Last year, more than 1 million tourists came from Ukraine to Turkey. More than 200,000 Turkish tourists traveled to Ukraine… Thanks to this agreement; we expect a 30 percent increase in these numbers this year.”[7]

Also, as some of the speakers underlined, the future of the region is rather blurry since other actors such as the European Union and NATO are facing internal challenges. The EU has been dealing with domestic issues such as the Brexit, migrant flow, terrorism, and populist nationalism, and the future tasks of NATO are subject to dispute. In an era with uncertainties and challenges for both actors, it is important to focus on the opportunities to further strengthen bilateral relations in order to preserve the current positive trend.

There are no doubts that both Turkey and Ukraine are important actors for each other. Security remains as the primary issue; Turkey is a NATO member and Ukraine decided to position herself within the Euro-Atlantic bloc. Hence, the increasing presence of Russian military forces in the Black Sea is not in the interest of both countries. Therefore, it is important for both countries to make the best of the instruments that already exist such as the Black Sea Economic Cooperation; keeping in mind that Turkey and Ukraine are both located in geo-strategically fragile regions, they both have the potential to become connectors of the East-West and North-South routes. The next step would be to work on the common interests and focus on the concrete projects that have the potential to have substantial outcomes.

[2] “Relations between Turkey and Ukraine”, Republic of Turkey, Ministry of Foreign Affairs, http://www.mfa.gov.tr/relations-between-turkey-and-ukraine.en.mfa

[4] “Trade and economic relations” Embassy of Ukraine in the Republic of Turkey, http://turkey.mfa.gov.ua/en/ukraine-tr/trade