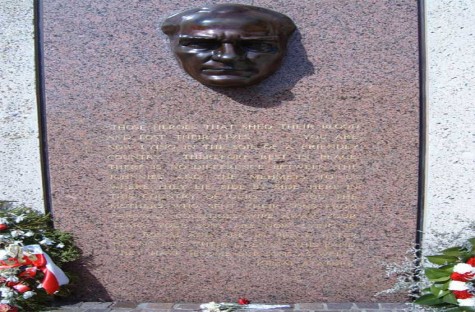 The Water Diviner is a movie about the Battle of Gallipoli which stars Academy Award-winner Russell Crowe, Olga Kurylenko, Cem Yılmaz and Yılmaz Erdoğan. The movie was released in Turkey on December 26, 2014, earning 8.1 points out of 10 on IMDb. It was Crowe’s directorial debut and has not been released yet in other countries. Turkish actor Yılmaz Erdoğan was awarded Best Supporting Actor in Australia for his role in The Water Diviner. The movie focuses on an Australian father who travels to İstanbul, which is under British occupation forces, four years after the Battle of Gallipoli to find out the fate of his three sons, who had been fighting as Anzac soldiers in Gallipoli. The movie attracts the audience’s attention by displaying the father, who tries to find the fate of his children with the help of the Turkish soldiers, and the Turkish nation, which tries to recover and fight for its independence.


The movie differs from other Hollywood movies by showing Turks and Turkey not as nasty, but as a people who respects to the dead bodies of the enemy, and builds a cemetery on their behalf. In some scenes the Australian soldiers express regret in relation to the Gallipoli War saying: ‘Why are we here? What are we doing here?’ In general, the movie is far from exaggeration and contains elements of both comedy and drama. Cultural elements belonging to Turkey such as Turkish bath, Turkish coffee and whirling dervish appear in the movie.


The release date coincides with the 100th anniversary of the Çanakkale Victory. Even in the present day the grandchildren of the Anzac soldiers, who had fought in Çanakkale, visit the city in order to commemorate their forefathers. Mentioning the memorials in Australia and New Zealand which honor Mustafa Kemal, the commander in chief of Turkish forces in Gallipoli who fought against the Anzac soldiers, is enough to show the importance of Çanakkale in those countries.


The struggle of the Turkish people fighting with the allied powers, who occupied the Ottoman lands, to take their freedom back is also another topic the movie points out. The Independence War starts when the National Forces and Mustafa Kemal, a young Ottoman commander in the defeated Ottoman Empire, whose lands are being divided by the allied powers, goes to the Anatolia, the only place that was not occupied. The movie indicates that the Turkish people under the command of Mustafa Kemal, fight for their occupied lands and seal their own destiny. Thus, they did not have any plan nor time and aim to destroy any ethnicity living in the Ottoman Empire. For instance, the movie refers to soldiers resisting to Greeks who harm the Ottoman people and occupied half of Anatolia. As it can be understood from the dialogues between the two Ottoman soldiers in the movie, the Ottoman army fought continuously from one front to another. What makes the movie important, maybe not from an artistic perspective, but from the topic it embraces, is the display of the warring factions and the effects of World War 1 on the Ottoman people. The Ottoman people in the movie are portrayed as people who try to recover after the big war, and meanwhile they help the father who is looking for his sons, who fight against the Ottomans. This is another point what makes the movie worth-pondering.