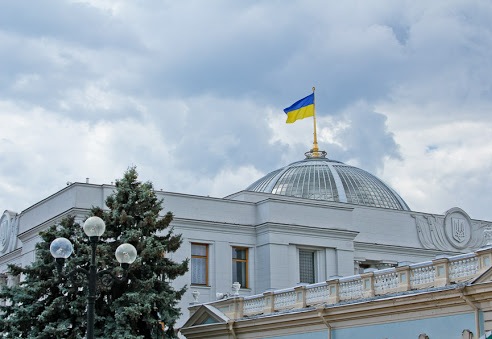 To read the third article of this series, click here.

On 24 April 2021, Ukrainian Minister of Interior Arsen Avakov issued a statement in which he recommended the Ukrainian state to recognize the ‘Armenian genocide.’ This statement was replicated by several Ukrainian media outlets. Avakov’s statement, though issued on his Facebook page, has been the fifth of its kind. In 2013, 2015, 2019, and 2020, four draft resolutions were brought to the Ukrainian parliament for the same end. However, it is not only politicians with certain similarities with each other who are interested in the ‘Armenian question.’ Some sections of the pro-Western intelligentsia are also caught up in the same topic. These two proponents of the ‘Armenian Cause’ were discussed in the second and the third articles of this series. What is next in line is the examination of the approach of the Ukrainian state.

To put it straight, with respect to the 1915 events, the Ukrainian establishment maintains a prudent approach. The official Kyiv simply absents itself from this question. More precisely, it takes a cautious stance not to turn this topic into a question. A circular leaked by Daria Volodina, a MP from the Servant of the People and the initiator of the draft resolution on the ‘recognition of the Armenian genocide’ in 2020 discussed in the second article of this series, reveals the rationale behind this stance of the Ukrainian establishment.

This circular signed by the Deputy Minister of Foreign Affairs Vasyl Bodnar on 26 March 2020 reminded that the Armenian community in Ukraine might organize events for the 105th anniversary of the “tragic events in the Ottoman Empire.” Underlining that Ukraine’s position of non-recognition of the ‘Armenian genocide’ had not changed, it called governmental authorities to refrain from official attendance to possible commemorative events on this issue and using the phrases of “Armenian genocide” or “the genocide of the Armenian nation.” The circular also listed six “objective reasons” to explain why Ukraine had adopted a policy of non-recognition of the ‘Armenia genocide.’ These reasons are as follows:

The emphases on the 1948 Genocide Convention and the necessity of historical research on the 1915 events, two points that the Turkish side continuously stresses, are the arguments based on legal considerations in this circular. As to this point, particularly about the necessity of historical research, one should recall that this idea was maintained in the 2015 judgement of the Grand Chamber of the European Court of Human Rights (ECtHR) on Perinçek v. Switzerland case by identifying that public and scholarly debates on the 1915 events are “a matter of public interest.”

To begin, a simple and fundamental but often overlooked reality should be highlighted; genocide is a legal term and a crime defined by the 1948 Genocide Convention. Article 6 of this convention states that only an authorized tribunal can decide whether a given act constitutes the crime of genocide. As such, there are only four genocides in history, namely, the Holocaust, the Srebrenica (Bosnian), the Ruanda, and the Cambodian genocides. Because there is no valid court judgement on the 1915 events, even not a litigation by Armenia or a third party, it is not possible to talk about an ‘Armenian genocide’ in the correct and legitimate legal meaning. Therefore, Ukraine’s stance is by no means unlawful. But is it unethical?

As argued in the first article of this series, no matter how they are framed and represented via a ‘democratic’ discourse, it is evident to everyone that third parties’ positions on the 1915 events are determined by their political objectives. Therefore, there is nothing unethical in official Kyiv’s reasoning behind its positioning. On the contrary, for pursuing Ukraine’s national interests, the stance of the Ukrainian politicians and statespersons who advocate the policy of non-recognition is patriotic and ethical. It is for this reason Ukraine stands on a correct ground.

Still, does the Ukrainian state disrespect its ethnic Armenian citizens by adopting such a position? Or is it applying pressure to them by not recognizing the ‘Armenian genocide’? One important detail about the Bodnar Circular is that it addresses governmental authorities, not the citizens without official titles. It did not ban events about the 1915 events organized by civil society organizations. Therefore, it is not possible to speak of censorship or a crackdown on freedom of expression. On the contrary, Armenian organizations in Ukraine organize public events and even install billboards propagating the Armenian narrative on the 1915 events. Accordingly, the accusation of being inconsiderate to Armenian-Ukrainians is invalid. What Ukraine does is simply staying away from the political game of the recognition of the 1915 events as a genocide.

To wrap up, in Ukraine, some disreputable politicians, as well as some intellectuals (whose best practice is to parrot views and perspectives produced by the Western intellectual circles and to pursue the political agendas of their donors in Western capitals) try to prompt the Ukrainian state to change its policy of non-recognition of the 1915 events as genocide. At the same time, the Ukrainian establishment follows a rational political position, and, accordingly, sticks to its policy of non-recognition. Apparently, this is not for its love of Turkey but to pursue Ukraine’s national interests. This rational and politically motivated stance of Ukraine is one reason why we can be hopeful for the future of Turkey-Ukraine relations that have been acquiring a more strategic nature in the last couple of years.