WHERE IS THE SOURCE OF THE POLICIES THAT PREVENT NORMALIZATION IN TURKISH-ARMENIAN RELATIONS?
Commentary No : 2021 / 39
Tutku DİLAVER
27.04.2021
6 min read 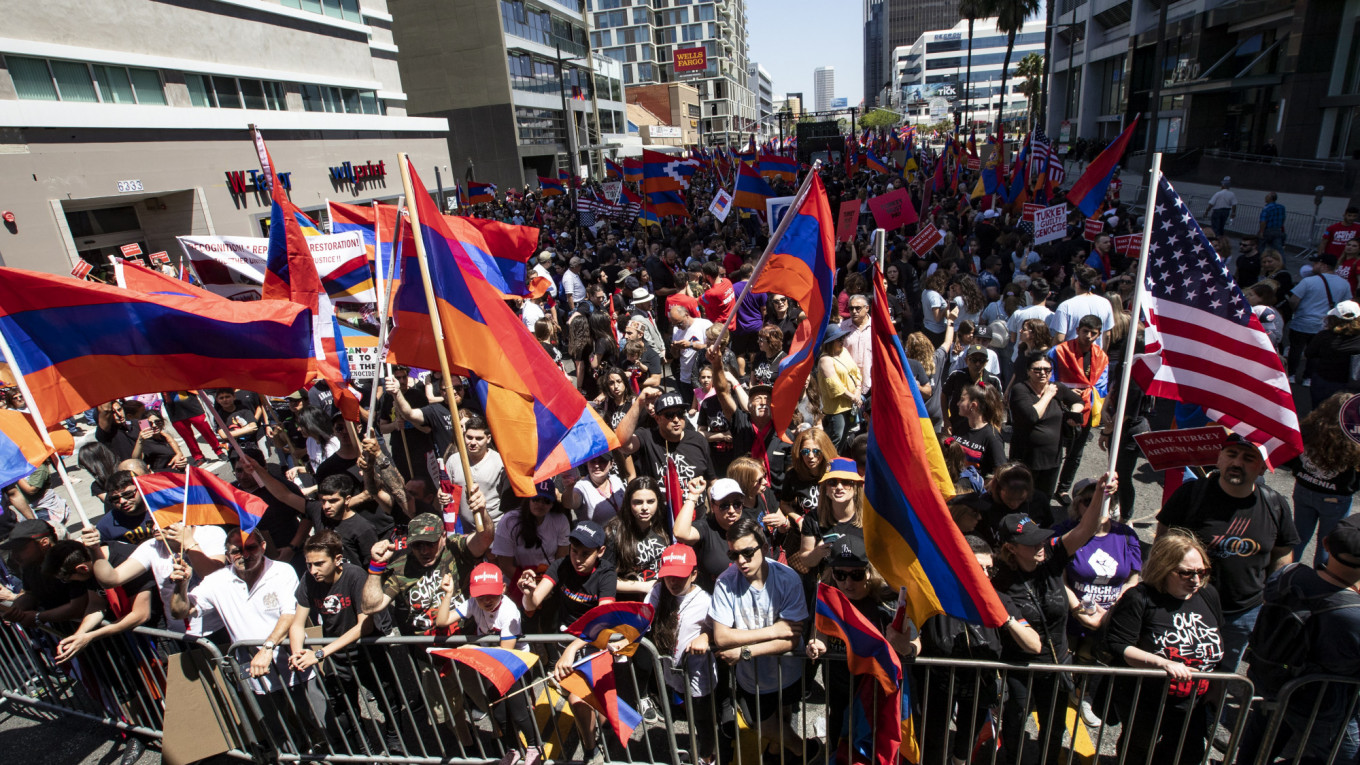 As 24 April approaches and many people wonder how the new president of the United States, Joe Biden, will express the 1915 Events on 24 April, the transition period in the Caucasus after the Karabakh war continues. The fact that no certain steps were taken to achieve lasting peace in the region and the future of relations between the countries of the region are subjects that are on the table for the upcoming period.

In the meeting in Moscow on 10 January, Armenian Prime Minister Nikol Pashinyan and Azerbaijani President Ilham Aliyev agreed to re-establish the transportation networks between the countries of the region.[1] After signing the agreement, the future of relations between Turkey, Azerbaijan and Armenia began to be discussed. In the following days, Pashinyan and Foreign Minister Ara Ayvazyan made some statements on the future of relations between Turkey and Armenia. After the ceasefire text on 9 November, Pashinyan said that the countries in the region should re-evaluate their reciprocal stances and attitudes.[2] In an statement on 10 February, Ayvazyan said that Turkey no longer has a reason to not open its border with Armenia which Turkey closed in 1993.[3]

These developments and statements regarding the future of peace in the region were closely followed by the public. Especially the subject of whether the relations between Turkey and Armenia would be re-established or not started being written in the Armenian press. The future of relations was not only followed by the Armenian press. Articles regarding the possible Turkey-Armenia relations started being frequently written notably in the publications of the Armenian Diaspora organizations in the United States. Expressions such as "disturbing" were used for possible future relationships.[4] The Armenian Revolutionary Federation (ARF) and the International Armenian National Committee (ANC), the influential organizations within the diaspora, issued declarations regarding the statements of the Armenian foreign minister and prime minister.

In the declaration published on 29 March, the reaction of the ARF-Dashnaksutyun on this issue was expressed. The current government of Armenia was defined as "submissive", with criticism on subjects which would hit the Armenian community where it hurts, so to speak. In the statement, efforts to remove obstacles to cooperation by improving the infrastructure in the region were associated with claims such as trying to make the Armenian people forget their history and behaving in a pro-Turkish manner. If it comes to opening borders, it is stated that Turkey is required to take the first step, because Armenia had no role in this unilateral decision taken by Turkey in an unfriendly way. On this occasion, a warning is given for the current government to leave the political arena immediately.[5]

On the other hand, the ANC published a statement that contains very similar expressions to the ARF. Similar to the ARF, they warned the current government with allegations such as the Armenian leaders “making the Armenian people forget their history/causing people to forget the history of the Armenians, disregarding the territorial integrity of Karabakh, and belonging to the centuries-old ambitions of the Turks”. The call for the current government to leave the office in order to protect national interests was repeated.

The statements of these organizations, which have very influential power in the diaspora, also show the source of Armenia's economic problems that have been ongoing for years. In the signing process of the Zurich protocols, the Armenian government was intimidated by similar declarations, and as a result, the protocols took their place in the dusty pages of history before they could be implemented. Armenia, which was not "allowed" to develop economically and to establish any relations with its neighbors, had lost the opportunity for development in order not to lose its most important financial resource, which are the diaspora donations. It can be seen that the possibility of normalization that emerged in the Caucasus after November 2020 is once again faced with fierce opposition from extremist organizations in the diaspora.

Hence, due to the need to make statements against the voices heard from the Diaspora, Foreign Minister Ayvazyan expressed in his statement made on 30 March that “regional peace cannot be achieved if Turkey's hostile attitude remains unchanged”. Recalling the Zurich protocols, it is mentioned that Turkey was the one rejecting to establish a bilateral relationship despite all the efforts of Armenia.[6] Whereas it is known that, it was the decision taken by the Constitutional Court of Armenia under the diaspora pressure that, from the first day, prevented the Zurich protocols signed between Turkey and Armenia from coming into effect and obstructed the process. The protocols, which were kept as a bargaining tool for a long time, were finally declared null and void by the unilateral decision of former President Serzh Sargsyan.[7]

Ayvazyan's statements once again reveal the influence of the diaspora in Armenia. It can be easily understood that the issue is not the establishment of peace in the region or the protection of Armenia's interests as a country.

This has become a common and chronic problem in the Armenian diaspora. The reactions against billboards in the US state of Philadelphia can be given as an example for this situation. Posters saying “Azerbaijanis (and Turks) are ready to live in harmony with Armenians. How about Armenians?[8]” were removed by the authorities after the intense complaints of the Armenian people in the region. These kinds of news, which do not stand out as a trivial and minor detail, persistently reveal that the party that opposes peace is not the Turkish side. It does not seem right to look for the source of the lack of a long-lasting peace settlement solely in Armenia-Azerbaijan or Turkey. On top of it, making such approaches into political material in countries that are influential in world politics for the sake of political interests makes the problems even more chronic.