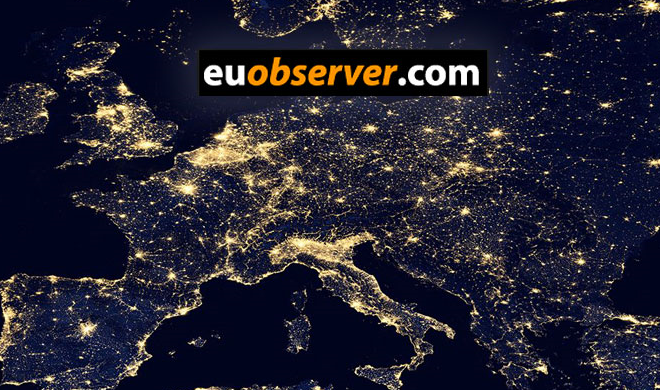 International news agencies gain credibility through their impartiality. News sources should serve internet users reliable and impartial research and journalistic works. While EU Observer gives off the impression of being a reliable source for continental European news, it continues to disappoint both Azerbaijani and Turkish readers with news on a sensitive issue such as Nagorno-Karabakh. It is obvious that EU Observer’s news pieces on this issue are not a result of editorial error and demonstrate EU Observer’s failure in preserving its journalistic neutrality.

EU Observer has, without hesitation, revealed its biased approach through the news pieces it has published especially in the last couple of months. In the 'About Us'[1] section of the EU Observer website, the EU Observer is stated to be an independent internet newspaper valuing free thought and open expressions. The EU Observer, which deals with international relations issues related to the EU, is mentioned to be financially independent from the European Union (EU) institutions. In relation to the Nagorno-Karabakh issue, the President of the European Council Donald Tusk stated that the present situation in Nagorno-Karabakh is unsustainable, that the problem must be solved within the framework of international rules, and that there can be no military solution. Calling upon Armenia and Azerbaijan to engage in negotiation, Tusk stated that NATO supports the efforts of the Organization for Security and Cooperation in Europe (OSCE) to solve the problem.[2] However, EU Observer gives place to an interview with an internationally unrecognized entity’s so-called Foreign Affairs Minister Karen Mirzoyan. The so-called Foreign Affairs Minister Mirzoyan of the entity referred to as ‘Artsakh’, which is internationally unrecognized, stated to the EU Observer that Russian and American diplomats would not attend meetings at ‘Artsakh’s so-called capital Stepanakert. Mirzoyan, in manner seeking to portray his side as being the victim, argued that reason that Russian and American diplomats would not attend meetings was to preserve their impartiality. Mirzoyan also said in this interview that he had previously met with EU officials and other senior officials but that he could not meet with the foreign affairs ministers of EU countries.[3]

News relating to the relationship between EU institutions and Nagorno-Karabakh should be geared not towards intensifying the problem, but instead towards solving it. This is so because the problem in Nagorno-Karabakh has not yet been resolved. Nagorno-Karabakh has been under Armenia’s occupation for more than twenty years now and the occupation of the region is carried out on the ground by of an administration that has not yet been recognized by any international institution. A conference was held in Ankara, titled "International Conference - Khojaly Genocide, Crimes Against Humanity and Terrorism - 25th Anniversary of the c Genocide" organized by Turkish Council at the JW Marriot Hotel on February 22, 2017, to discuss issues relating to the people living in the Nagorno-Karabakh region. During the conference, Historian Dr. Oleg Kuznetsov stated that the methods used in the Karabakh war pointed to an international terrorist act.

EU Observer’s interview mentioned above is not the only news that damages its impartiality. EU Observer had already lost its reliability by preparing reports on the occupiers who had employed terrorism methods. On March 2, the news piece titled "In Artsakh, the distance between a minister and a citizen is so small. Artsakh FM" can be provided as an example.  It is a contradictory for a supposedly impartial news organization reporting on international politics to prepare a news piece on the Armenia-occupied Nagorno-Karabakh by referring to as “Artsakh”, a name not used by any international institution. Likewise, while the EU Observer gives place to news pieces such as "The Armenia - Azerbaijan War: A Refugee's Story"[4] and "The Armenian Genocide: Yepraksi's Story"[5] -which narrates the difficulties experienced by Armenians, it disregards the Azerbaijanis who lost their relatives in Khojaly and the Muslims in Anatolia who were massacred in 1915.

Impartial news agencies are desperately needed in the current age we are living in. However, it seems that the EU Observer cannot maintain its impartiality when Turks and Azerbaijanis are considered. On the other hand, news pieces regarding Armenians are given plenty of space. This approach undermines regional co-operation and prevents just assessment of regional developments. This situation serves towards not the resolution of problems but towards making them even more complicated.

[3] “ In Artsakh, The Distance Between a Minister and a Citizen is So Small. Artsakh FM https://artsakhpress.am/eng/news/62945/in-artsakh-the-distance-between-a-minister-and-a-citizen-is-so-small-artsakh-fm.html