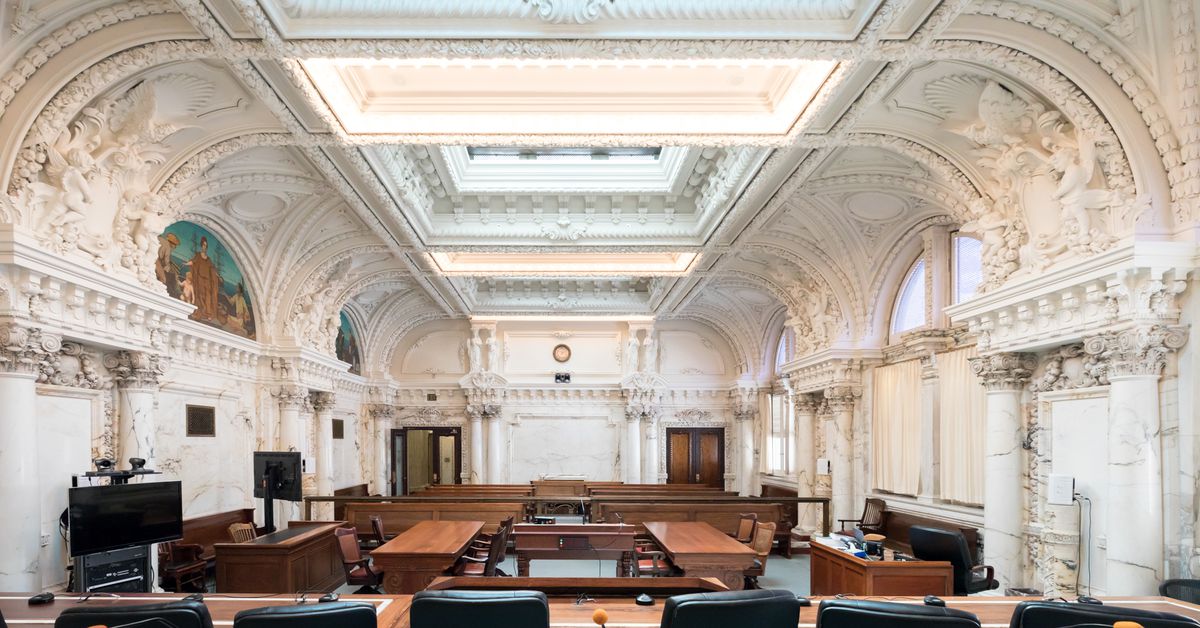 Alex Bakalian v. Central Bank Rep. of Turkey is a suit for damages by Armenian plaintiffs in California claiming that lands that belonged to their ancestors in Turkey which also cover parts of İncirlik Air Base were unlawfully confiscated as a result of “genocide”. Armenians claim that USA, Turkey and its agencies conducted business operations on that wrongfully confiscated lands which they claim to be against the American law and is suable before California Courts. Furthermore, according to Armenians plaintiffs, since the wrongful confiscation resulted from “genocide”, Turkey and its agencies cannot benefit from sovereign immunity. This case seeks to propagate a political agenda and aims to bring Armenian genocide claims up for discussion in front of the American courts, and attempt to force Turkey to answer Armenians claims before the American courts. But the case did not follow the course the Armenians wanted.

The cases brought by Armenians against the US and German companies to reclaim rights of their Armenian ancestors from life insurance policies from the Ottoman period resulted in failure for the Armenian plaintiffs.[1] As a result of the case known as the Movsesian case (Movsesian v. Victoria Versicherung Ag (Munich Re)) the Supreme Court of the US annulled the articles 354.4 and 354.45 of the California Code of Civil Procedure[2] which involved definitions of “Armenian Genocide” and “Armenian Genocide Survivor” which set the base for Armenian compensation claims and allowed for the indirect referral to Armenian genocide claims in California laws.  The reason for annulment is that the said articles in the law of the California violated Federal Government and therefore the President’s power to define foreign policy. Thus, according to the Supreme Court, the recognition of the ”Armenian genocide” claims is a foreign policy matter and the usage of the term is beyond the authority of California State Legislature.[3] Supreme Court’s decision has been a clear defeat for the Armenian narrative and attempts before American judicial system.

After the annulment, the first hearing for the appeal against the dismissal (as a result of the Supreme Court’s decision on the political doctrine) of the Bakalian[4] (and Davoyan) case was heard before the Court of Appeals for the Ninth Circuit[5] on December 17, 2018.  Previously, one member of the three-member jury, who previously was present on the Bakalian case, was removed from his position on charges of sexual harassment; another member passed away and only Judge Wardlaw from the previous jury remained. It is necessary to make some observations about this recent hearing that was held by this new jury with the coming of two new members.

The most important of these observations is perhaps that the Armenian lawyers still try to preserve their position about the “genocide” claims, despite the Supreme Court’s dismissal under the political doctrine based on the Movsesyan case. The lawyers of the plaintiffs claimed that the so-called events between “1915-1923” violated the international law of that time. They based their claims on Paris Peace Treaties, Treaty of Sèvres, military trials held in “Turkey” in 1919 and Treaty of Lausanne. According to the lawyers, these four elements show that the Ottoman Empire was responsible for human rights violations against Armenians. Despite the Armenian side’s claims, none of these contain any referral to or confirm allegations of crimes against humanity committed by the Ottoman Empire or Republic of Turkey.

The second important claim is, that because the crime against humanity is universal, the allegations against Ottoman Empire and Turkey, and therefore the wrongful confiscation claim that result from these crimes are not subject to statute of limitations. However, the court finds this proposition problematic, and for example members of the court commented that according to this proposition a similar case by Native Americans can be pursued against the US before Russian courts. It clearly shows that such a comparison can be of great importance for the course of the appeal.

The third interesting point was that during the trial, lawyers of the Armenian plaintiffs repeated the claims previously made by the radical Armenian writer Sassounian, namely that Turkey and the US already recognized “Armenian genocide” claims more than once. It would not be wrong to say that this claim was completely ignored by the members of the court. The court may have evaluated that the determination of whether such recognition would be made is up to the Supreme Court, hence the most recent decision under the political doctrine. Also, according to the Supreme Court, even though the previous American Presidents used the “genocide” term, it does not take away the possibility of the next President not using the term, and redefine a new policy with regard to these claims. To put it simply, the problem with the California law was that it usurped the authority of the President of the United States on the matter of recognizing or not recognizing the “genocide” until annulled by the Supreme Court.

Although this judgment leads to the dismissal of Bakalian, Davoyan, and other similar cases before the American courts, it also shows that a serious crime such as genocide (i.e. a very strictly defined crime by the United Nations Genocide Convention only applicable to a few cases in terms of international law) is a matter of political decision for the American governments. The reduction of the definition of the crime of genocide to a political decision also means a violation of the US obligations under international law and the treaties to which the US is a party. The determination of the crime of genocide should not be under the President of the US’s jurisdiction. As a matter of fact, the UN Genocide Convention is binding, whether or not the countries ratify the Convention or not. As such, the US courts were expected to go beyond the discussion of whether the Presidents had such authority and to remind them of the obligations that arise from international and case law. This did not happen yet.

The court and the lawyers of the Armenian side discussed whether the statute of limitations are applicable on the grounds that these acts were crimes against humanity. The judges highlighted that the Nuremberg trials were also retrospective trials and during the holocaust trial, the crime of genocide was yet to be defined. This comment was in fact was an attempt on the side of the court to provide -in their own words- “support” to the Armenian lawyers’ position that the events of 1915 should be evaluated as “crimes against humanity” rather than “genocide.” For instance, the court members argued that if the matter in question happened today or under today’s law, it would be “without a doubt” a crime against humanity, and went even further by stating that whether the said “genocide” had any connections with the war conditions of that time. Undoubtedly, this is an approach which undermines the obligations of the American courts to take the obligations that rise from the international law into consideration. Such a discussion will reveal that, again, the determination of the crime of genocide is not under the jurisdiction of the US courts, the American president, or any other authority but the legitimate legal forums defined by the Genocide Convention.

Another important point that shows the baselessness of Armenian claims is the fact that that the property under question had been the private property of the ancestors of of the Armenian plaintiffs. A simple evaluation of the law of that period would show that the land in question had a much different and special status under Ottoman law. This matter was openly emphasized by the attorneys of the Turkish side.

Apart from these discussions, it can be observed that the members of the Court of Appeals for the Ninth Circuit has maintained a skeptical attitude towards Armenian lawyers claims and that they were knowledgeable about the historically controversial 1915 events from their questions on the foreign policy doctrine, statute of limitations and their questions about similar critical issues. It is uncertain when the final judgment will be announced. Whatever the result may be it will not be one that would be binding for Turkey. In fact, the court is expected to give a verdict against Armenians.

The video recording of the hearing dated 17 December 2018 can be accessed here.

[2] Aslan Yavuz Şir   “DIASPORA ARMENIANS AND THEIR INITIATIVES FOR COMPENSATION: THE REFLECTIONS OF THE MOVSESIAN CASE I,” AVİM, 26 February 2012, https://avim.org.tr/en/Yorum/DIASPORA-ARMENIANS-AND-THEIR-INITIATIVES-FOR-COMPENSATION-THE-REFLECTIONS-OF-THE-MOVSESIAN-CASE

[3] Aslan Yavuz Şir “DIASPORA ARMENIANS AND THEIR INITIATIVES FOR COMPENSATION: THE REFLECTIONS OF THE MOVSESIAN CASE II,” AVİM, 27 February 2012, https://avim.org.tr/en/Yorum/DIASPORA-ARMENIANS-AND-THEIR-INITIATIVES-FOR-COMPENSATION-THE-REFLECTIONS-OF-THE-MOVSESIAN-CASE-II-1

[4] Prior to the Bakalian case, there is another case, i.e. the Davoyan case and although based on nearly the same claims, Bakalian case is more detailed in comparison.