THE ARMENIAN CATHOLICOSATE OF CILICIA’S APPLICATION TO THE CONSTITUTIONAL COURT OF TURKEY
Commentary No : 2016 / 73
Mehmet Oğuzhan TULUN
21.12.2016
6 min read 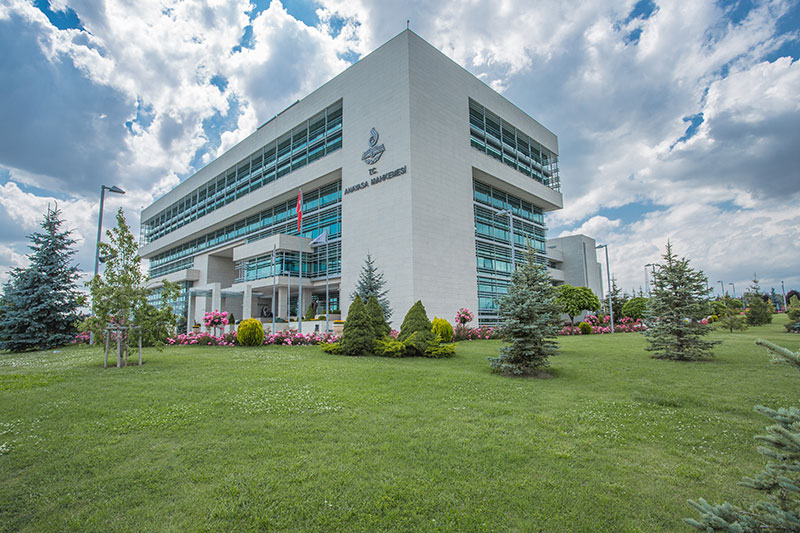 The Armenian Catholicosate of Cilicia (also known as the Holy See of Cilicia) is one of the four main administrative units of the Armenian Apostolic Church. Having changed its location throughout history due to various circumstances, the Catholicosate was located for a long time on a piece of land located in what is now the Kozan (Sis) district of Adana. However, towards the end of 1921 during the Turkish War of Liberation, when the French forces were readying to withdraw from the territories of South Anatolia that they had invaded, the Catholicosate of Cilicia left Kozan and first passed onto Syria, and then settled in the town of Antelias near Beirut in Lebanon. The immovable property abandoned by the Catholicosate was passed onto to the Turkish State within the framework of the Abandoned Property (Tr. Emval-i Metruke) legislation.

In April 2015, the Catholicosate through its representative made an individual application to the Constitutional Court of Turkey and requested the return of the property it had abandoned. In brief, the Catholicosate in its application claimed that “violations were made to its right of property due the appropriation of its immovable based on the provisions of the abandoned property legislation, to its freedom of religion and conscience and the principle equality due to the appropriation of a place of worship, and the right to fair trial due to being hindered from accessing land registries.”[1] In its application, the  Catholicosate expressed that its immovable was appropriated without compensation. At the same time, the Catholicosate expressed that the Kozan Land Registry Directorate (Tr. Kozan Tapu Müdürlüğü) rejected its request to access relevant registries by stating that “your request cannot be fulfilled because you lack documents that convincingly put forth your relationship to the immovable indicated in your relevant application.”[2]

The Catholicosate of Cilicia did not object to the rejection of the Kozan Land Registry Directorate and did not take this case to the court. Furthermore, the Catholicosate did not apply to any court for the return of the immovable it claims a right on, but under current legislation, land registry disputes can be taken to court even if land registry information is not known for certain.[3] Aside from this, the Constitutional Court identified inconsistent statements in the Catholicosate’s application concerning why it does not need to exhaust administrative and judicial application ways prior to its application to the Constitutional Court. The Court indicated that the Catholicosate “on the one hand expresses that the application ways are ineffective, and on the other indicates that there are provisions in the legislation towards the return of or the compensation for the right to the immovable and, in connection to this, even mentions legal precedents for the successful return of rights.”[4]

Despite the fact that the Armenian Catholicosate of Cilicia received rejection from the Constitutional Court on procedural grounds, and without attempting to exhaust administrative and judicial application ways in Turkey, the Catholicosate decided to take the case directly to the European Court of Human Rights (ECtHR). In a meeting it held in Brussels on 7 December, the Catholicosate announced that its application had reached the ECtHR.[5]

It is not known how the European Court of Human Rights will respond to the Armenian Catholicosate of Cilicia’s application, and all that can done at this moment is to wait for the outcome of the ECtHR process. However, with this occasion, it will be beneficial to once again remind the reader of some historical facts and to freshen the people’s memory on this subject. As mentioned in the beginning, the Catholicosate of Cilicia, after making many location changes in the past, came to be located in Kozan for many years. It is known that this Catholicosate played an important role in many of the past internal turmoils in which Armenians were involved. There are records indicating that the French, who were preparing to retreat, opposed to the Christian population (including Armenians) living in Adana and the surrounding regions from leaving these regions.[6] At the same time, there are also records of the Grand National Assembly of Turkey Government making calls upon the Christian population of these regions to form together a unified front against the French occupation,[7] and openly making an effort for the Christian population not to leave these regions.[8] Despite all of this, in a unilateral move and in the absence of any political reason or pressure, the Catholicosate left Anatolia.

Therefore, the Catholicosate, in claiming a right to places that it had abandoned 95 years ago by leaving Kozan despite the insistence that had been shown for it to stay, probably has motives other than seeking justice. It will be beneficial to evaluate these motives within today’s political conjecture. Meanwhile, the Catholicosate taking the case to the ECtHR in the above-mentioned way gives the impression that it is seeking to have this issue handled by an international court such as the ECtHR, and thus create sensational headlines about a propaganda-filled narrative that involves the final days of the Ottoman Empire and the early days of Turkey.