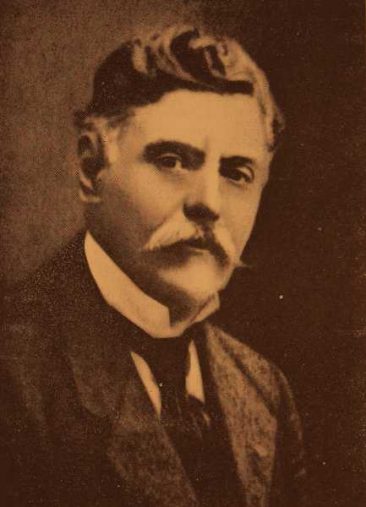 The US Administration Should Pay Regard To This Issue

As the stories of people who are perceived as heroes in Armenian history are published on the weekly bulletin of the Armenian Apostolic Church’s Eastern Prelacy of the US, some facts that are present in the Armenian archives but not accessible to the outside world are hereby revealed. Similar to other brief biographies which we have read from the website of the weekly bulletin titled “Armenian Prelacy”, the discourse used in the short biography of the militant named Armenag Yegarian published on 6 May 2021 clearly reflects the treason of the radical nationalist Armenians against their state. The Armenian militants and the Armenakan Party are presented as heroes, skilled pursuers of a righteous cause, and rational individuals.

The Ottoman citizen Armenag Yegarian, who was a member of the Armenakan Party (which has an important place in Armenian history) and a gunrunner who spearheaded terrorism, is described as the head of the Armenian Constitutional Democratic Party/Armenian Democratic Liberal Party’s Van branch and a military leader. It is stated that Yegarian studied at a normal school under Megerdich Portugalian. Afterwards, he received his education under the tutelage of Megerdich Avedisian and Kalousd Aslanian, who were students of Megerdich Portugalian and were the future leaders of the Armenakan Party established in Van in 1885.[1] It is important to note here that Megerdich Portugalian was the originator of the “Armenian Committees”, which are considered as the structures that laid the foundations of Turcophobia amongst Armenians and turned this Turcophobia into actions. An explanation that is naturally missing in the biography but is expressed in a study of the AVİM publication Ermeni Araştırmaları is that the Armenakan Party, which was the first Armenian political party that aspired to carry out revolutionary activities and which Yegarian joined in 1887, aimed during its first period for the Armenian people to achieve self-determination. It has been highlighted that the Armenakan Party’s program indicates Armenakan as being the first Armenian political party that asserted the matter of the Armenian people’s independence and that an Armenian state must be established. It is noted in the party program that the methods of disseminating revolutionary ideas through propaganda and consolidating the notion of self-defense through "organizing guerilla forces" (such activities are characterized today as terrorism) were adopted.[2]

The acknowledgment in the biography that a state official named Nuri Bey (who was serving as a chief of police in Van) was decided to be assassinated by the Armenakans in 1892 (due to the claim of him having an anti-Armenian stance) constitutes a clear documentation of treason. The said assassination decision is presented as a necessary and rational decision. It is expressed that Panos Terlemezian and Armenag Yegarian, who carried out the murder, “took on this responsibility” and were successful in the tasks. This statement, along with being an evidence for the radical nationalist Armenians’ treason against the Ottoman State of which they were citizens, also has the characteristics of being an attempt to justify such treason for which there have been many instances.

It is emphasized that Yegarian, shortly after becoming affiliated with the party, obtained the reputation of being the most experienced gunrunner operating between Van and Iran for the Armenakans. Afterwards, Yegarian was arrested by the Iranian authorities in Salmast because of his arms-smuggling activities. Yegarian continued his gunrunning activities even after his release from prison and settling down after his marriage. It is indicated that, when he relocated to Urmia in 1903, Yegarian’s home “became a crossing place for all Armenian fugitives”. Such an explanation is another indication that the radical nationalist Armenians who committed treason against the Ottoman State are perceived as heroes by the Armenian side.

In another paragraph, it is claimed that, following the negotiations made after the Van Insurrection in 1896, “Armenian defenders agreed to leave for Persia” and that they were “massacred by Ottoman troops and Kurdish tribesmen.” It is intended through the mentioned paragraph to create the impression that the Armenians fought heroically and agreed to reconcile but were nevertheless betrayed.

It is observed through the sentence referring to the “Armenian self-defense” that occurred between 20 April and 19 May that an attempt is being made to utilize themes of heroism and competence for the likes of Yegarian.

It is put forth in a sentence that the Van governor Cevdet Bey “unleashed his repressive policy” against the Armenian population, and that the Armenian political leadership, in turn, “challenged their destiny of death”. As such, the notion of "opposing oppression" is conveyed to the reader here.

The  transgressions committed by Yegarian and others does not end here. In 1920, Yegarian returned to Anatolia to lead once again an armed conflict in accordance with the Armenian cause, this time against newly forming Turkish state that would eventually be formally established as the Republic of Turkey. It is explained that after Yegarian went to the Cilicia region (today’s Adana-Mersin-Osmaniye-Maraş-Antep regions of Turkey) with his group, he became disillusioned and settled in Egypt following the retreat of the French troops and the evacuation of the Armenian population. Yegarian passed away in Cairo on 20 October 1925. It is understood that the said disillusionment was due to the inability to capture the Anatolian lands that were allocated to Armenia with the support of the French in accordance with the Treaty of Sèvres, which was signed in 1920 but became obsolete in 1923 because of the Treaty of Lausanne entering into force.

It would be beneficial for the US President Joe Biden, who, in addition to belonging to the Catholic faith, is praising the Orthodox world in a way that would support the Vatican’s policy, to read the aforementioned biography published in the (Orthodox) Armenian Apostolic Church’s bulletin, which constitutes one of countless examples substantiating the treason commited against the Ottoman State during the First World War.